The King of the World
Roar Guru
13th November, 2020
3
Join the conversation
Advertisement
Write for The Roar

After weeks of speculation, Sione Mata’utia will be departing Newcastle for St Helens.

After seven seasons, 124 games and 31 tries to his name as a Knight, his time in the red and blue may be done but he will always be greatly appreciated.

He debuted as an 18-year-old fullback in 2014 on a Friday night against the Sydney Roosters. What will always be remembered is his first challenge as a defending fullback. He slipped over for the legendary Anthony Minichiello to score the first try of the game.

After holding the then-defending premiers to just six points and being down by just as much at halftime, Newcastle fought back to steal the game 16-12. After playing just seven games in the top grade and scoring just as many tries, Mata’utia became the youngest Australian Test player in history.

Mata’utia was one of the few Knights who was in the Newcastle side getting the spoon three years in a row. 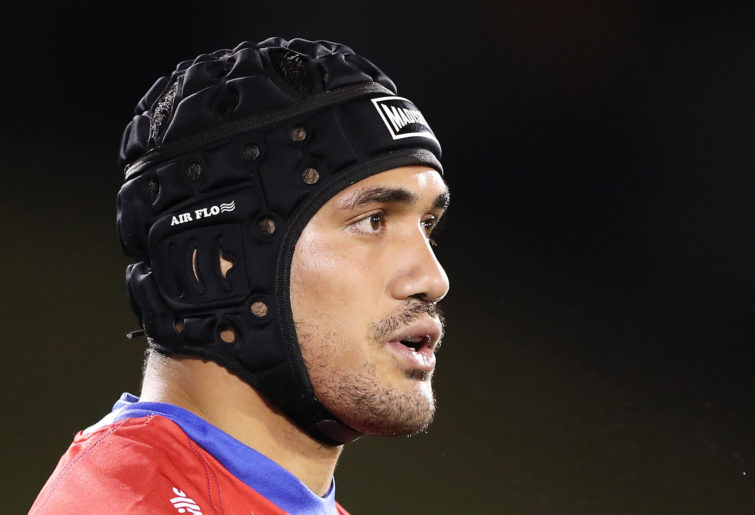 Sione Mata’utia is leaving the Knights for the Super League. (Photo by Mark Kolbe/Getty Images)

By Round 8, 2017, Mata’utia was named to captain the Newcastle Knights at just 20 years old. He captained them for the rest of the year.

He played his 100th game against the South Sydney Rabbitohs in Round 13 of 2019 at ANZ Stadium with Newcastle winning 20-12 and the fans remember that one – glory glory to Newcastle. That was our sixth win in a row.

I remember at the start of the year telling him he would be the first Knight to play 300 games and, well, I guess that won’t happen. He is just 176 games short of that.

Mata’utia is the last Knight from the Nathan Tinkler/Wayne Bennett era and he ended his run with the Knights playing finals footy. His contributions to the Knights will never be forgotten and I’m sure just as much as my fellow Knights fans, I’m grateful for it.

Even though Mata’utia is gone, Newcastle still have a lot of great talent that could lead us to winning a premiership.

The Knights have got one of the best second-rowers in the competition coming to play for the club in Tyson Frizell, and Blake Green’s knowledge of how to keep the game in control was very beneficial for both Mitchell Pearce and Kalyn Ponga.

It is a shame that Mata’utia won’t win a premiership with the Knights but he will be known as a cult hero for the club in its darkest days.

Mitchell Pearce has likely finished his time in the NRL after Newcastle finally granted the premiership-winning halfback a release on Monday.