Ten races will be run and won at Albion Park on Saturday night where the drawcard is the three heats of the Darryl Alexander Trotting Championship, the first getting underway at 6:37 pm Sydney time. Down below is a preview for the meeting.

Race 1
I like Power Surge here. Grant Dixon trains and drives this mare, who bolted up from the front two back then had to work from a tricky gate last time in a forgive run. She has drawn the pole, I think she can hold the lead and off her effort two-back, she’ll take some beating here in the opener.

Race 2
That man again Grant Dixon comes to the fore via Stompem. Looked a perfect race for Smart As Camm Be but he’s been scratched so the race is now all about Stompem, who finally draws a decent barrier and from the pole Dixon can either lead or box seat. Whatever the scenario is, he’s the one to beat.

Race 3
Thats How We Roll is worth an each-way ticket. He just got shuffled back from a tricky gate last time out but his late splits were clearly some of the best in the race, a really good effort. He can sit much closer in the run from the good draw and if he can produce similar late speed to last time, he’ll run well at a price.

Suggested bet: Thats How We Roll each way.

Race 4
I’m always a fan of horses that can show sustained speed from the front and that is what The Fortunate Son is very good at. He powers to the front and just keeps running. He has won two of his past three and those two wins have seen him clock a very fast time. He’ll lead and it will take a good one to get past him.

Race 5
Pacific Drums gets the nod here. The last couple of runs have seen him draw tricky and has been driven somewhat conservatively, but from the inside gate here expect Brendan Barnes to come out with purpose. He should hold the lead comfortably, which is what he did three-back and he duly saluted.

Race 6
Hunza Valley lacks the class of some of these, but the thing going for her is the inside draw, where she can do no work, likely behind the leader. The barrier draw hasn’t been kind to her in recent runs but from the pole, she has options and will likely go around well into double-figures. 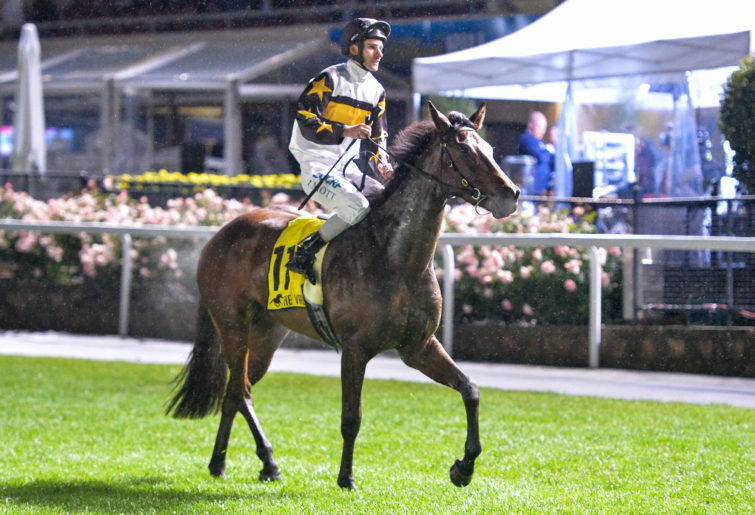 Race 7
The map looks perfect for One Off, with that man again Grant Dixon taking the drive. It was six weeks between runs when racing here last Friday night and she worked to the line pretty well behind Dapper Bessie. I think he gets the back of likely leader Jerosh and you’d like to think he’ll take good improvement from the last run.

Suggested bet: One Off to win.

Race 8
The ten-metre handicap isn’t that big of an obstacle for Greg The Great. He was very good at this track/distance last Saturday behind Majestic Simon. On stats, he is better suited at 2138 metres, but I think as he is getting older, he is appreciating the longer trip so he’s the one to beat but I’m not declaring him.

Race 9
I’m keen on Wee Man Trouble. He was outstanding here last Saturday, charging home from off the pace when second to Majestic Simon. He should handle the ten-metre handicap okay and if he brings what he produced last weekend, he wins.

Race 10
Our Overanova looks the good thing on the program. Given his great record, he is usually dealing with 40-metre-plus handicaps, so the fact he only has 30 metres over the longer trip here means he just looks so well in. Forget he went around last time out. A safe beginner that will handle the 30-metre handicap with no drama and his class gets him home.

Suggested bet: Our Overanova to win.