Choosing the coach was a case of last man standing.

Nathan Buckley definitely couldn’t be selected, especially from the perspective of a Collingwood supporter, and John Worsfold battled, so the coach would be Justin Longmuir of Fremantle – plus there appeared to be some light at the end of the tunnel, as the Dockers had seven wins.

Backs
Jack Crisp finished third in the Magpies’ best and fairest, above Darcy Moore, despite the fact that Moore was All Australian. He is arguably the best back pocket in the three teams.

Luke Ryan was All Australian in the back pocket and has the capability to play full back.

Jordan Ridley was the only Essendon Bombers player in the All Australian squad of 40 in 2020 and won his club’s best and fairest. 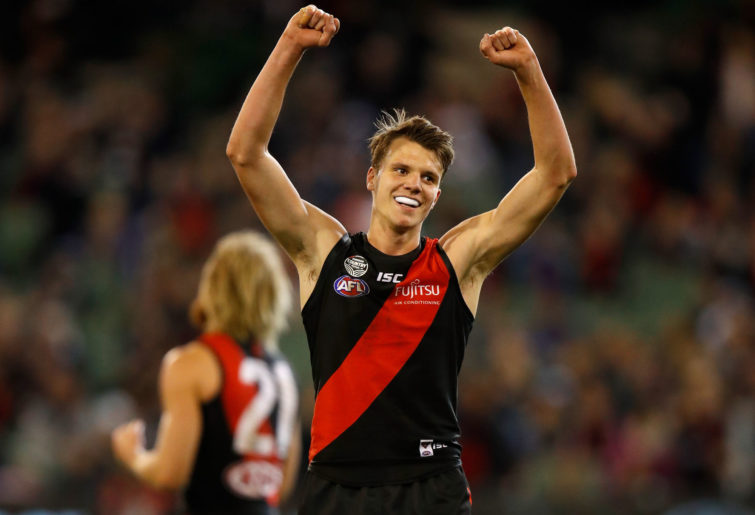 Halfbacks
Brayden Maynard was a pivotal part of the Magpies’ back six and part of the All Australian squad of 40.

Darcy Moore was the best centre half back of any team in 2020.

Adam Saad was a consistent performer for Essendon on the half back flank and will be sorely missed in 2021, as he will be playing for Carlton.

Centres
Adam Treloar averaged the most disposals of any player in the AFL in 2020 – at least 22 disposals in his eight home-and-away games – yet he won’t be playing for Collingwood in 2021.

Andrew McGrath was a key player in a team that had a disappointing season.

Zach Merrett usually plays on the ball, but has the capability to play on the wing as well, and finished second in his club’s best and fairest.

Half-forwards
Michael Walters had a reasonable season, with his last two games indicative of his importance as he kicked three goals in each game.

Matt Taberner was a part of the All Australian squad of 40, showing his importance.

Nat Fyfe averaged the most disposals of any Dockers player, the equal third-most goals per game and finished second in their best and fairest, despite the fact that he missed three games. He was a part of the All Australian squad.

Forwards
Kyle Langford kicked the equal third-most goals at the Bombers, with 11 for the year, and averaged 18 disposals per game.

Rory Lobb was a solid contributor as a second ruckman, kicking ten goals, which was the equal-fourth at the Dockers. He averaged 9.12 hitouts per games, which was a respectable amount, and he played every game.

Anthony McDonald-Tipungwuti played every game and kicked the most goals for his side, with 19.

Followers
Brodie Grundy had the most hitouts of any player in the competition in 2020.

Taylor Adams had to be named, as he was on the interchange bench in the All Australian team.

Andrew Brayshaw played every game of 2020 for Freo, averaged the second-most disposals his team with 19.88, and is a future leader.