With clubs shaping up their squads for when the season returns in December, here’s a look at which signing at each club will have the biggest impact in the 2020-21 season.

Adelaide United: George Timotheou
The 23-year-old Australian defender returns to his home country after a major career setback due to heart issues, having showed promised with FC Schalke in the Bundesliga and Belgian side Zulte Waregem. He will look to kickstart his career as he cements his spot as the No. 1 centre back at the club.

Brisbane Roar: Joe Champness
Having been part of the Roar’s NPL side back into 2016, Champness now joins the senior side. A handy player during his first A-League stint with the Newcastle Jets before departing to pursue a rap career, his second stint should see the winger focus on letting his footballing do the talking.

Central Coast Mariners: Oliver Bozanic
In his third stint with the club, Bozanic will look to shore up the Mariners as the midfielder brings much-needed A-League experience. He was part of the Mariners 2013 A-League championship side and will look to bring back the club to winning ways this season.

Macarthur FC: Benat Etxebarria
The Spanish veteran will be the standout player in Macarthur FC’s inaugural season. Having made 251 appearances in the La Liga from 2006 to 2020 with Real Betis and Athletic Bilbao, Etxebarria has a wealth experience in top footballing competitions. A player who can play as a duel holding or ball-winner midfielder, Etxebarria’s class will shine through in the A-League this season.

Melbourne City: Andrew Nabbout
Though critics will say he underperformed with the Victory last season, he was an attacking threat despite his end product. Now in a City side for which he won’t be the main scorer, Nabbout will flourish this season, creating attacking runs on the wing and setting up Jamie Maclaren rather than going for goals alone.

Melbourne Victory: Callum McManaman
A proven talent in the top two tiers of English football, McManaman will bring experience to a very young Victory outfit. Most noted for his impressive performance in a 2013 FA Cup win for Wigan Athletic, McManaman is a speedy and tricky winger that will cause troubles for A-League defences.

Newcastle Jets: James Donachie
It was the worst-kept secret that Donachie would join the Jets, with reports that he signed for the club before last season’s closure. A reliable centre half, Donachie will look to be a rock in the Jets defence and shore up what was at times a leaky defence last season.

Perth Glory: Andy Keogh
He wasn’t gone for long. Keogh joins the Glory for his third stint and, just like the previous seasons, he will be an attacking threat and help support Bruno Fornaroli. Now 34 and in the back end of his career, Keogh will show this season that he can still cut it in the A-League. 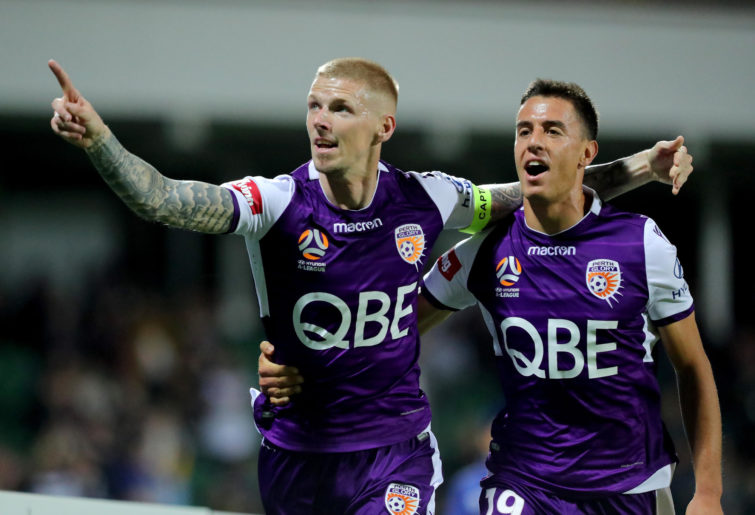 Sydney FC
At the time of writing Sydney FC are yet to make a signing.

Wellington Phoenix: Mirza Muratovic
With Gary Hooper departing for Indian side Kerala Blasters, 20-year-old Muratovic will look to replace the forward alongside David Ball and Josh Sotiro. The youngster impressed in the 13 A-League appearances he made last season and should build on that promise this season.

Western Sydney Wanderers: Graham Dorrans
A former Scotland international, Dorrans has been a proven midfielder in both English and Scottish football. While typically playing in midfield, Dorrans also likes to push up the ground and create attacking chances. He should be a like for like replacement for the outgoing Mitchell Duke.

Western United: Lachlan Wales
Wales at the time of writing has been the only signing the club has made. Impressing for City last year, Wales will hope to make more of an impact this season as he seeks more minutes of senior football.

Jack Grealish has been at Aston Villa for 19 years and has never got the appreciation he deserved. He has had the chance to leave multiple times but has always stayed true to his roots and remained with his local side despite getting offers from the likes of Manchester United and Arsenal. After single-handedly saving […]