My ultimate Queensland 17 from their most dominant Origin era

In 2006, a State of Origin reign like no other began, as Queensland won eight series wins in a row.

Leading up to tonight’s big decider, I thought it would be nice to look through that dominant period and pick their best 17.

Keep in mind, when the Maroons lost in 2014 to break the drought, they then ran in another three series wins after that, making it 11 from 12.

Corey Parker missed a lot of Origin in his career, maybe due to form, where Johnson and Harrison played a stack of the games. From 2015-17 however, when Parker was more seasoned, he was absolutely magnificent, winning the Wally Lewis Medal in 2015.

Johnson was as solid as anyone at the start of the era and was there for almost the first four series wins. Harrison then took over, forming a strong trio with Myles and Thaiday, before Parker kicked on. A great trio of locks!

Steve Price picks himself on the bench, a great prop in Origin.

Cronk could start really, as I liked him and JT more than JT and Locky, but Locky is a game breaker. 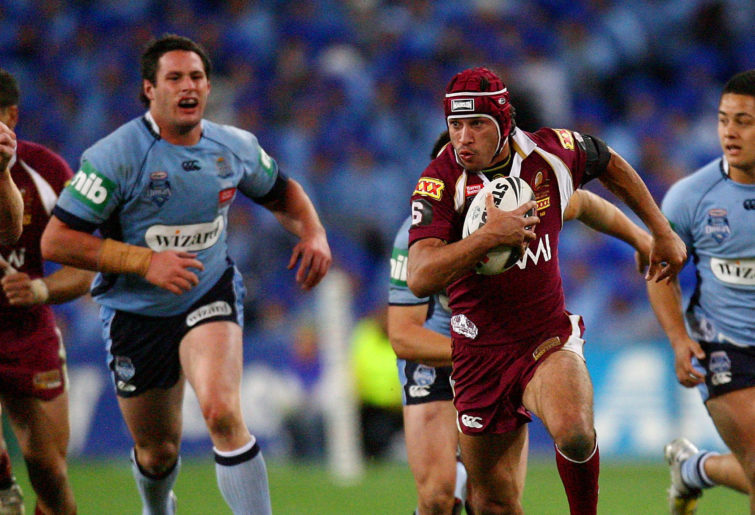 Johnathan Thurston of the Maroons (Photo by Mark Nolan/Getty Images)

The backs who did not make this side is unbelievable.

I will note that Gagai, who is a magician in Origin, was close to stealing my winger spot, but I just gave the nod to Tate.

There were also some strong contenders left out of the engine room.

Crocker can under some real consideration for a bench spot, as did Costigan, while Lillyman is the unsung hero of Queensland rugby league – he played a bench role in so many of those series wins, but never got his fanfare.

Hooker? Wow. No question here. Smith is the skipper as well, with JT taking goal-kicking duties.

Over these 11 series wins, there were two coaches but it’s no surprise I’m going for Mal Meninga!

There you have it, my ultimate Queensland State of Origin side from their dominant era. Let’s hope the Maroons get a sneaky series win tonight!