We have been extremely fortunate in Australia that many of our favourite sporting leagues, including the NRL, NRLW, Super Netball, AFL and WBBL, have gone ahead in 2020 with athletes located in a ‘hub’ of some kind to ensure the health and safety of those involved, whether they be players, coaching or support staff.

For each athlete, this has involved sacrifice. Time away from family and increased restrictions on what the athletes can and can’t do when they aren’t competing. But for many female athletes the sacrifice is even greater.

Many women who have competed in leagues like the NRLW and the WNBL are not full-time professional athletes, so time in a ‘hub’ means time away from family and restrictions on their movement but also time from their professional careers.

Hannah Kaser from the UC Canberra Capitals is one of those women. 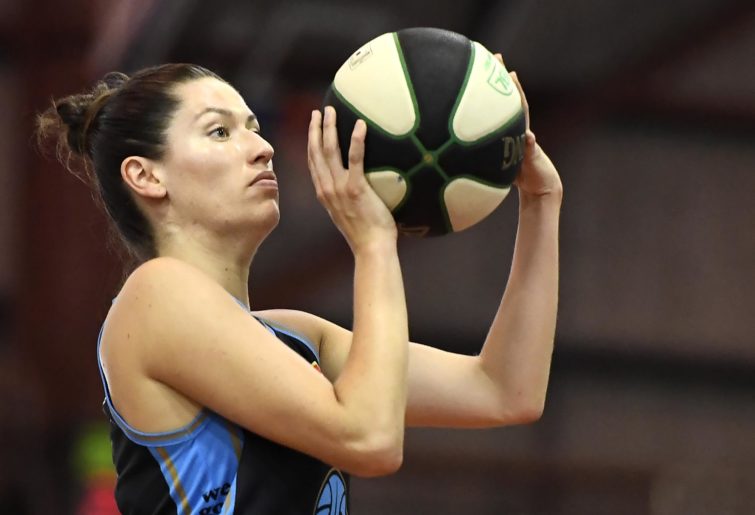 When Kaser isn’t playing basketball she works for the public service at Services Australia. This means that in a regular season Kaser would be managing her basketball commitments alongside a 9 to 5 job. That involves juggling.

“The mornings start really early,” Kaser says. “We usually have Caps workouts with shooting and conditioning in the morning, then I quickly shower and race to the office.

“I knock off a bit early and get back for training at 4pm. Then I do a couple of hours training and then go to bed so I can do it all over again the next day.”

This routine is the norm for so many athletes.

“There are so many of us that juggle,” she says. “Even the women earning the ‘big bucks’ have to think about life after basketball. Kelsey [Griffin] is another one juggling a job in our team. She is a teacher and even brought some of her marking to the hub.

“The workload we have just in basketball is enough for a full-time job, so the fact that some of the players have full-time jobs away from that and are still wonderful people and teammates is really special.”

When we talk about athletes, so often the word ‘sacrifice’ is used, but many female athletes see this ‘sacrifice’ as an investment back into the sport. There is a real commitment to making the sport better for the next generation.

“You always want to leave something better than when you got it, and for me, I know 20 years ago the women who played then didn’t have the financial support or coverage or health insurance that we have now,” says Kaser.

“You would love to think that in the next five to ten years that it keeps improving for the next generation of incredible athletes coming through.”

For Kaser, the juggle is also made easier because she has a genuine love of what she does, particularly on the court. She also has great teammates.

Kaser joined the Capitals ahead of this WNBL season from the Adelaide Lightning and was thrilled to join a team with a history of such success.

“I have never been on a team quite like this one,” says Kaser. “It is an extremely hard-working group and also very inclusive. No matter who you are in the team, your role is important, and we all hold each other to a really high standard.

“There is such a passion and love for the game, a real love for our team and a commitment to wanting to get the best out of each other.”

For Kaser, this commitment to get the best out of each other is extremely important this WNBL season.

Now the hub environment is shiny and new for all the players. But no doubt in a couple of weeks some teams will struggle with the environment more than others, particularly with such a short amount of time between games.

“We have stuck together really well in the opening couple of games,” says Kaser. “Everyone will need to step up at different points during the season. We need to capitalise on the fact that the games are back to back to back.

“Each team is going to get tired at some point, so never giving up on a possession and making every single one count is something we strive toward every game.”

Despite the challenges associated with hub life, for Kaser this WNBL season presents an exciting opportunity for basketball in Australia. With the WNBL back on free-to-air television this year, the 2021 Tokyo Olympic Games just around the corner and a FIBA Women’s Basketball World Cup 2022 in Australia to look forward to, there is a chance to build new enthusiasm around the sport.

“I don’t know if people outside the basketball world realise the talent that the WNBL has in this competition,” said Kaser.

“This is one of the best leagues in the world. So, the more exposure we can get on television and the more we can get our incredible athletes into the community with the next generation, the better.

“We play hard, and once people see it, they are impressed.”

The UC Capitals’ next game is against the Sydney Uni Flames on 21 November at 8:35pm.