The 20-year-old fell ill while stretching after a session on Monday morning, and later died in Royal North Shore Hospital.

A promising prop who had come through Manly’s junior ranks, Titmuss had earned a call-up to Manly’s full-time 30-man squad for next season.

“We are all devastated by this news,” Manly coach Des Hasler said.

“Keith was a very popular character among the playing group. He will be sorely missed but never forgotten by the Sea Eagles.”

Titmuss had been among the first to return to the club’s pre-season training last Thursday.

He was taken by ambulance from the club’s Narrabeen base to Northern Beaches Hospital, before he was transferred to Royal North Shore Hospital.

Both Hasler and Manly chief executive Stephen Humphrey were at the hospital on Monday night, with the cause of death still unknown.

Manly and the NRL have offered assistance to the Titmuss family and counselling has been arranged for grieving teammates.

Titmuss first made his name as a 17-year-old when he scored the match-winning try in the 2017 under-20s grand final at ANZ Stadium.

The hard-running forward won the club’s players’ player award in Jersey Flegg Cup in 2019, before impressing during limited time in reserve grade. 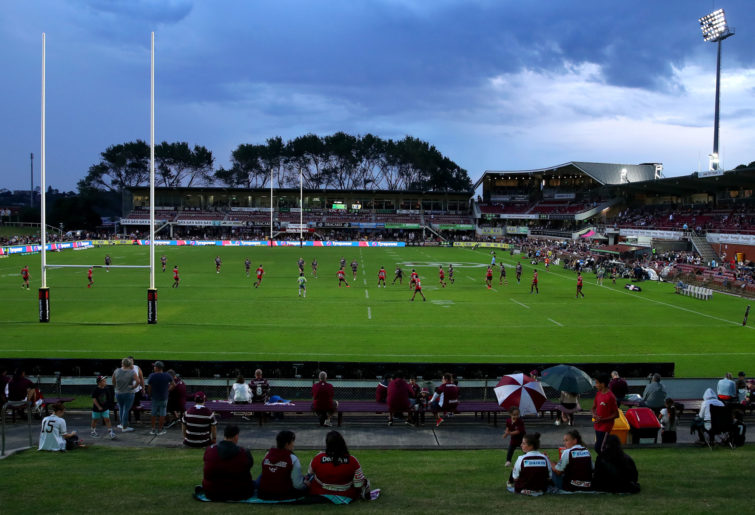 “The game has lost a promising young player with the world at his feet.

“Keith had made it into Manly’s top 30 for the 2021 season after coming through the club’s junior ranks.

“We will make sure Keith’s family, the club and our players receive every support they need from the game.

“We are one family and today we have lost a member of that family. On behalf of the (ARL) Commission and the game I send my deepest condolences to Keith’s family.”

Sea Eagles players were told of the news at a meeting on Monday afternoon.

Former Manly half Jackson Hastings and current Sea Eagles playmaker Cade Cust were among others to post tributes.