Burton will remain at the Panthers next season, the Bulldogs confirming the half’s three-year NRL deal from 2022 on Wednesday.

“Having someone of Matt’s ability want to be part of what we are building here at Belmore is exciting for everyone involved at the club and all our members and fans,” Bulldogs CEO Andrew Hill said. 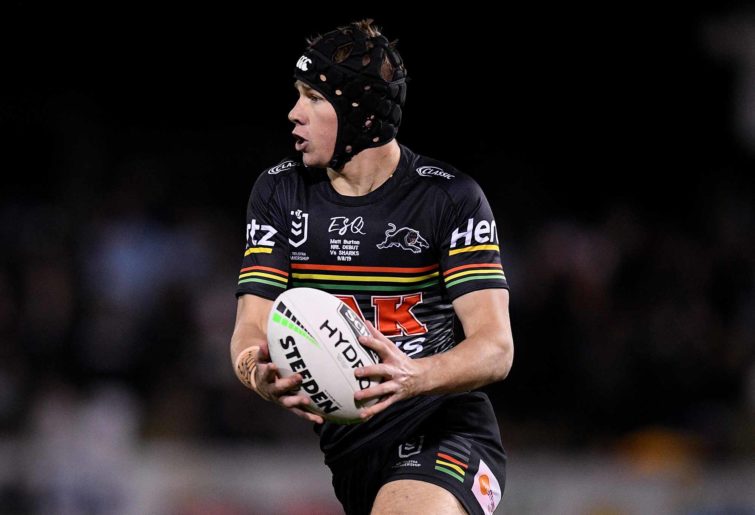 “Matt is a great talent and someone that was highly sought after, so we are delighted that he has chosen to join our club and be part of what we believe to be a new beginning for the Bulldogs.”

After a dominant performance in last year’s under-20 State of Origin he played just five games for the grand finalists this season, Jarome Luai establishing himself as the No.6 alongside halfback Nathan Cleary.

A Penrith statement on Wednesday described the 20-year-old’s deal as “significant” when accepting his decision. “While we’re disappointed with this outcome, it’s important we respect Matt’s decision,” Panthers football boss Matt Cameron said.

“He gave particular consideration to a contract extension at Panthers before opting to continue his career at another club.”