Almost any Knights player is a legend in the Hunter region and while every fan is familiar with the Johns and Gidley brothers, Paul Harragon, Danny Buderus and Mark Hughes, how many remember all of the players who turned out for the club?

Here’s a team made up of Knights players who you may have forgotten.

1. Milton Thaiday
A cousin of Sam Thaiday, Milton played rugby with the NSW Waratahs before heading to Newcastle in 2005, where he played 29 first grade games in three seasons.

Thaiday was an explosive ball-runner who looked to have the fullback role sown up until injuries played their part at about the same time that Kurt Gidley made his way to first grade.

2. Trent Salkeld
Salkeld played just the 2005 season with the Knights, scoring ten tries in his 17 games, including a hat-trick against the Roosters.

His career was brought to an early finish when he contracted the same kidney disease that led to the death of All Blacks great Jonah Lomu.

3. Russell Wyer
A strong and versatile back who played over 70 first-grade games in eight years, Wyer began his career with Wests, came to Newcastle in 1994, and ended up their top try-scorer for the season.

He moved to Parramatta in the following season and is now a successful real estate agent.

4. Joe Wardle
The Scottish international has so far played nearly 200 games since making the top grade in 2010. Equally at home at either centre or in the second row, his only NRL experience was 17 games with the Knights in 2017.

5. Cory Denniss
A tall, powerful ball-runner, Denniss played 18 games for the Knights from 2016 to 2018, before making a move to South Sydney, who recently released him.

At just 23, there’s still plenty of time for Denniss to make it back to the top.

6. Michael Eagar
Eagar was a Knights junior who could cover most positions in the back line. He got his start with Newcastle in 1994 and played 11 games over the next two years.

He then moved to the South Queensland Crushers for a season before heading off to England for the rest of his career. He also played three Tests for Ireland.

7. Steve Linnane
Linnane’s career got off to a great start, being named Rookie of the Year in his first season with the Dragons. A 20-week suspension for eye gouging and some other disciplinary issues saw him leave the Dragons for the Knights in 1991, where he played 18 games.

He then successfully turned his hand to coaching, firstly in the Newcastle competition and later in the UK.

8. Jason Hoogerwerf
The big, hard-hitting prop came to the Knights in 1991 after seasons with the Dragons, and played just one game of first grade in the red and blue.

9. Steve Walters
A true legend of the game, Walters played 11 seasons with the Raiders, two with the Cowboys, then joined Newcastle in 1999 for his final season, playing just seven games for the club. He also played 15 Origin games for Queensland and 15 Test matches.

10. Paul Rauhihi
Rauhihi played 19 games for the Knights in 1999 and 2000, then moved on to Canterbury and North Queensland, where he began to play at his best, and finally went to the Super League. He also played 17 Tests for New Zealand.

11. Tim Maddison
A real journeyman, Maddison played 115 games in 11 years for five clubs. He began at the Knights in 1993, then ended his career at Newcastle in 2003 with another couple of games before giving it away.

12. Chris Joynt
Joynt was a tough footballer who played over 400 games at the top level and more than 30 internationals, scoring 135 tries along the way.

He played almost everywhere in the forwards over a 16-year career, primarily with St Helens, and had a seven-game stint with the Knights in 1995 during the English off season.

13. Steve Southern
A back rower with a high work-rate who was as tough as they come, Southern played over 140 games in his nine-year career. Coming to the Knights in 2011 after seven successful seasons with the Cowboys, he played just seven games that year before finishing in England.

14. John Morris
Equally at home at hooker or in the halves, Morris played 31 games at Newcastle between 2001-02, then had successful stints with both Parramatta and Wests, before ending up at Cronulla in 2010. He played 300 first-grade games in 13 years and now coaches the Sharks. 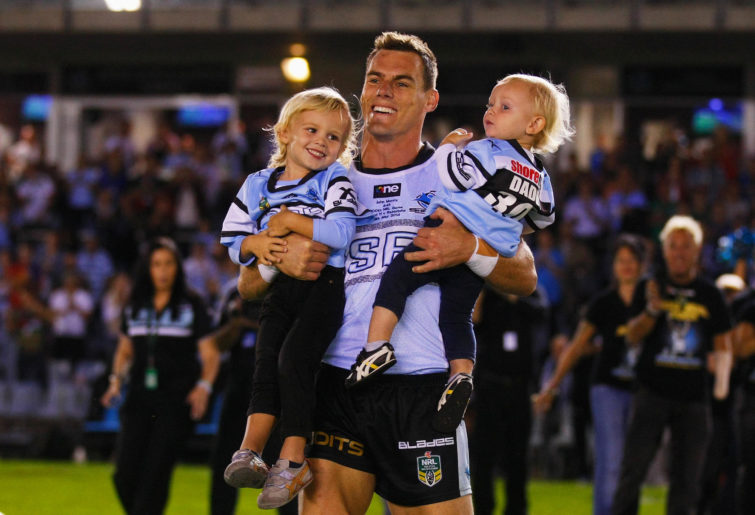 15. Jesse Royal
A big, powerful front-rower, Royal played 29 games for the Knights across the 2007 and 2008 seasons, before heading to the Warriors for the next two years. He retired from top-level football at the end of 2010 and played in the Newcastle local competition.

16. Brett Shore
A prop forward, Shaw played 11 games for the Knights in their inaugural season in 1988.

17. Constantine Mika
The big, mobile Samoan forward really looked the goods in his 14 games for the Knights across 2009-11, before being released. He then played both league and union in the UK and France.

Some others who may have slipped your mind are Glen Frendo, who played in the Knights first-ever game, half Leo Dynevor, who was critical to the 1997 premiership, talented centre Jeff Doyle, and the aptly named Darren Forward.