Many teams have gotten better, while others have taken a step back. However, one player that no one seems to discuss as a potential asset is Isaiah Thomas.

Since his MVP-level season in 2016-17 with the Boston Celtics, Thomas has been plagued by injuries and has found himself passed around many teams. He has been unable to stick with a team and has not reached the level of play he displayed during that season.

During an interview with The Boston Globe‘s Adam Himmelsbach, Thomas stated that he believes he is back to his former level of play, as he displayed a high level of play in pick-up games with Kyrie Irving, Kevin Durant and John Wall.

“I mean, I was blowing by people. I haven’t blown by anybody since I had a Celtics uniform on,” Thomas said.

“When I was able to blow by MVP-calibre players, that told me my burst and power and speed are there. I really feel like I’m back.”

If there is a chance Thomas could get back to the level he once played at, any team would be lucky to have him.

However, there are three teams who should take a chance on Thomas. The teams selected will not only benefit from having Thomas on their team, he would also benefit from being a member of any of these organisations. 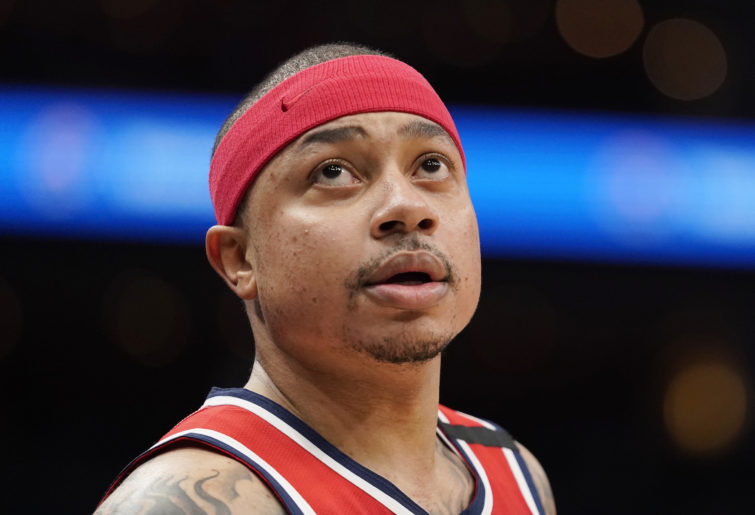 Golden State Warriors
The Warriors are in an interesting situation this upcoming season. While the team were wishing to compete for a championship, their ability to seriously compete is left in jeopardy after the injury sustained by Klay Thompson. However, with the drafting of James Wiseman and the off-season moves that have seen players such as Kent Bazemore and Kelly Oubre Jr join the squad, the upcoming season is not looking so bleak for the Warriors.

Thomas could help the Warriors out tremendously. Last year they struggled with their bench depth. While Stephen Curry would occupy the majority of the team’s minutes in the point guard position, Thomas would provide the offensive punch for a team who lacked fire power off the bench last season. Sliding in as the team’s sixth man would also benefit Thomas, who could provide some valuable minutes and contributions off the bench for a quality side.

Los Angeles Clippers
A team who will be competing for the NBA championship this upcoming season, the Clippers certainly could use a player of Thomas’ skill coming off the bench. While Patrick Beverley provides a better fit for the Clippers in the starting line-up, the bench would get a serious punch by adding Thomas to its ranks.

After not re-signing Reggie Jackson, the team could use a point guard off the bench. Thomas would provide the team with the offensive game and play-making abilities to run the second unit. Plus, the trio of Lou Williams, Thomas and Serge Ibaka coming off the bench would be difficult to stop.

Boston Celtics
While unlikely, this match is a no-brainer. Thomas played the best basketball of his career during his time with the Celtics, and the five-foot-nine guard could see some valuable minutes as the backup for Kemba Walker.

Thomas flourished in Brad Stevens’ system, consistently scoring 20-plus-point games as a Celtic and having the best years of his career while wearing a Celtics jersey. His return would excite Boston fans, who felt the team betrayed him when they decided to trade the star for Kyrie Irving.

The Celtics would be perfect for Thomas, as Stevens’ system highlighted Thomas’ offensive strengths, while hiding his limitations on defence. While Jeff Teague has joined the team as the backup point guard, Thomas could still slide in nicely within Boston’s second unit.

Three Eastern Conference Finals appearances within the last five seasons for the Celtics was the foreseeable stepping stone for a 17th NBA championship.