Here are the ratings for the third ODI between Australia and India.

With the series already decided, both teams took the opportunity to make changes to their sides. For Australia, two main questions loomed: Who would replace David Warner (injured) at the top of the order? And who would come in for Pat Cummins (taking a day tour of Parliament House)?

The obvious answer to the first question was that Glenn Maxwell should open. If the selectors had any courage whatsoever they’d bring this dream to fruition. Maxwell, after all, has opened the batting for Australia three times in white ball cricket and averages 262 at a strike rate of 203. Despite these stats, the cowards in charge of the batting order went for Marnus Labuschagne to open instead. Which, to be fair, is also an entertaining option.

The second question was answered by young all-rounder Cameron Green being selected to make his international debut for Australia. A proud moment for his parents Cameron White and Chris Green. There’s been a lot of buzz around Green in recent times. It’s important, however, to not put too much pressure on him. A youngster who’s destined to surpass Keith Miller as Australia’s greatest ever all-rounder shouldn’t be burdened at this stage of his career with over-the-top expectations.

Also, apparently Mitchell Starc was injured. Who knew? So Sean Abbott came in to see if he could match the big left-arm quick’s general air of rustiness throughout the series so far. Being taken for 84 runs off his ten overs suggested Abbott gave it one heck of a crack.

Virat Kohli won the toss and chose to bat. Perhaps sensing fans’ disappointment that Maxwell wasn’t going to open the batting, Aaron Finch had him open the bowling instead, taking the new ball with Josh Hazlewood.

India’s main goal for this final match soon became obvious. With the series gone, they were now clearly hellbent on achieving the moral victory of denying Steve Smith a third straight century from 62 balls. And if they had to be dismissed so cheaply that Smith wouldn’t have enough runs to reach that target, then so be it.

At 5/152 in the 32nd over, everything seemed to be going to nefarious plan for Kohli.

Then Hardik Pandya and Ravindra Jadeja came together and put on an unbeaten 150 run partnership for the sixth wicket. This included a highlights package final six overs that yielded 86 astonishing runs, as they pushed India to 5/302.

Kohli must have been furious with them.

In between the power hitting of Pandya and Jadeja, Fox Cricket continued to unveil their newest gimmick, the giant QR code that takes over almost your entire television screen.

“Click on the QR code,” they urged viewers incessantly. “And it’ll take you straight to a replay of the great crowd catch from earlier in the day.”

Tempting, perhaps, had they not literally one second later shown a replay of that exact moment on, y’know, the television set.

It’s unclear who, exactly, at Fox Sports thinks that QR codes are cool, but after three ODIs riddled with them, it’s surely never been more tempting to take the commentator’s advice and aim your phones at the QR code. I’m sure I can hit it. And I’ve got one of those stupid big phones too, so I could do a lot of damage.

‘Access the QR code to see Shane Warne eat a packet of Toobs.’

Enough guys. How about ‘access the QR code to hear a commentary team talking about the cricket’? 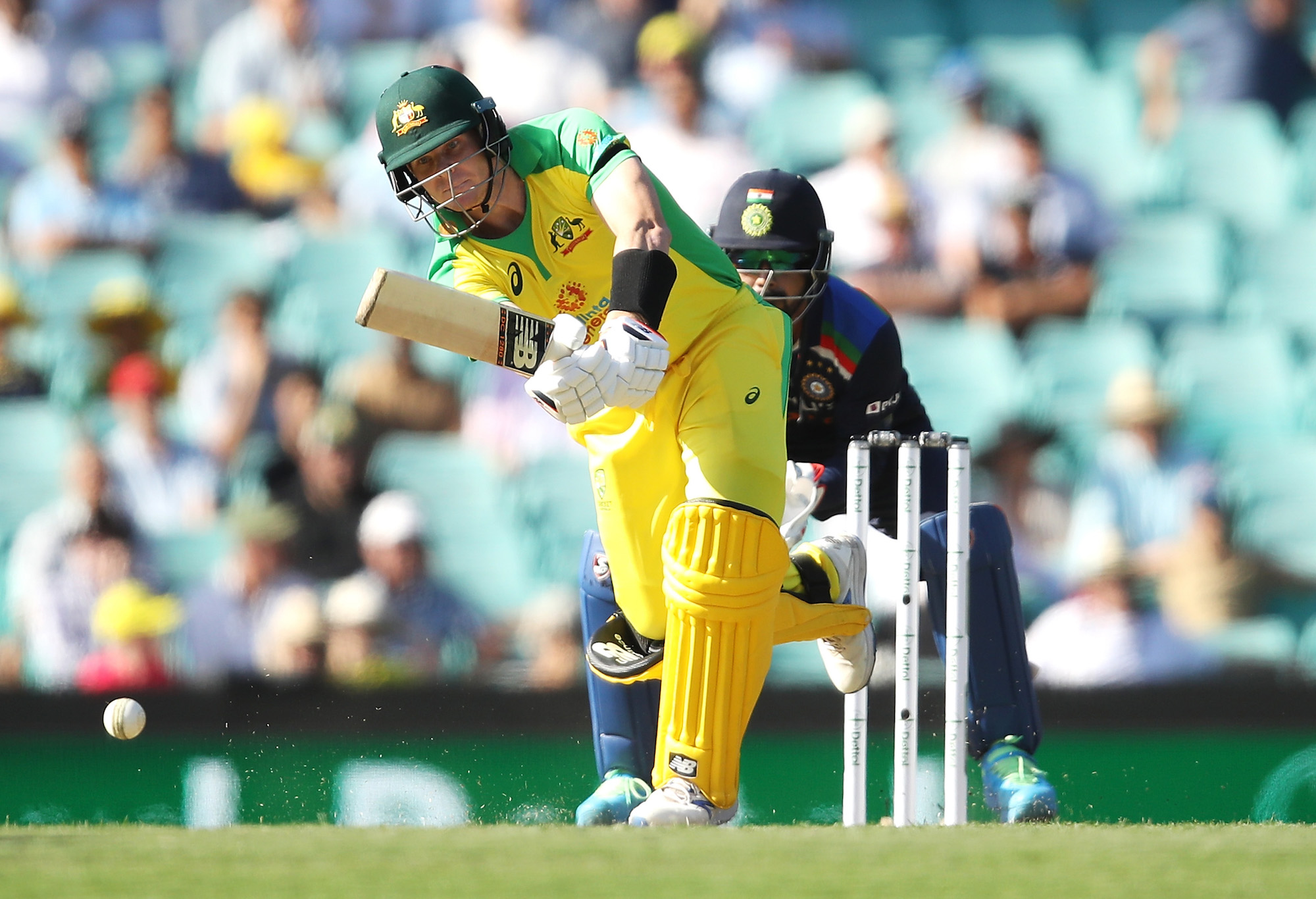 Chasing 302, Finch, as the most out of form in-form batter that cricket has ever seen, survived at least half a dozen chances to reach a third unconvincing score of fifty or more in the series. How does he keep doing that? Amazing.

Meanwhile, the Labuschagne-as-opener experiment was not exactly a success. He was dismissed for seven. Smith, therefore, as part of the blood pact the pair seem to have made, was also out for seven. Those two should probably be separated sometime soon. It’s beginning to become unhealthy.

At that stage, there were only two batters out and they were Smith and Labuschagne. Because apparently this was now the Bizarro-Australian cricket team.

Australia kept steadily losing wickets but never falling completely behind the run rate. When Green fell at 5/158 in the 31st over, the stage was set for a tight finish.

Maxwell came in and started switch-hitting sixes everywhere. Alex Carey hustled and bustled. Brett Lee made a ‘Jadeja vu’ joke in commentary that the rest of the commentary box immediately claimed he stole from Kerry O’Keeffe. (This was despite the fact that the option to instead claim that they were experiencing deja vu over the Jadeja vu joke was right in front of their noses. Tsk.)

Eventually, Jasprit Bumrah decided everybody was getting a little bit too excited and bowled Glenn Maxwell. That was enough to extinguish the run chase and Australia therefore ended up falling thirteen runs short, all out for 289.

As a result, the Dettol ODI series ended with Australia winning it 2-1. No doubt, the brand managers at Dettol will be furious that it wasn’t a clean sweep.