He was elegant, classy, stylish and a graceful batsman who was great to watch. Easy on the eye. He was David Gower of the 1960s.

He also averaged over 60 in his career. All the hallmarks and attributes of a great batsman. I have never even seen this debated or questioned in cricket media by anyone.

What more do you need to be a great batsman? A lot.

Read on if you can handle the truth!

Greatness isn’t achieved by playing 23 Test matches or even a 100. Greatness is something achieved after a long and successful sporting career.

It is the same in any sport. You achieve greatness by playing different opponents in different conditions home-and-away over many years.

Long tours away from the comforts of home and family in unfamiliar conditions can be hugely demanding. Dealing with injuries and loss of form require mental strength and determination. Standing up against the odds.

Through no fault of his own Pollock never played in India, Pakistan or the West Indies or against them because of Apartheid.

He was never subjected to tough touring and travelling conditions, low and slow spinning and matting pitches, hot and humid conditions, a quartet of Indian spinners, and “cheating” umpires ready to send him on his way.

All of his Test were played in his comfort zone of home grounds or similar familiar conditions in England and Australia. He never played a Test against a team or tour a country which did not reflect his culture.

These added pressures, in addition to the demands of a Test match and the expectations, impact on performance and greatness.

It is for this reason that Dean Jones is fondly remembered for this double century against India in difficult circumstance or David Gower for his twin 150s against Pakistan and Brian Lara’s 153* against Australia rated higher than his 400* and 375.

Averaging over 60 after 23 Tests doesn’t tell us anything more than that Pollock had a great start to his career. It is not a qualification for greatness.

Many batsmen have had similar great starts to their career, the most recent examples being Mike Hussey who was averaging over 70 after 30 Tests. Adam Voges, an elegant right hander, has almost identical numbers to Pollock and an average of 61 yet I have never heard anyone say that Voges was a great batsman.

The likely reason being that Voges only played Tests for two years and most of his runs were scored at home against West Indies and New Zealand who had “modest” bowling at the time.

However, I would say the bowling Voges batted against (Southee, Boult, Jerome Taylor, Gabriel, Holder and Roach) was, arguably, stronger than the Australian bowling that Pollock faced in 1969/70. 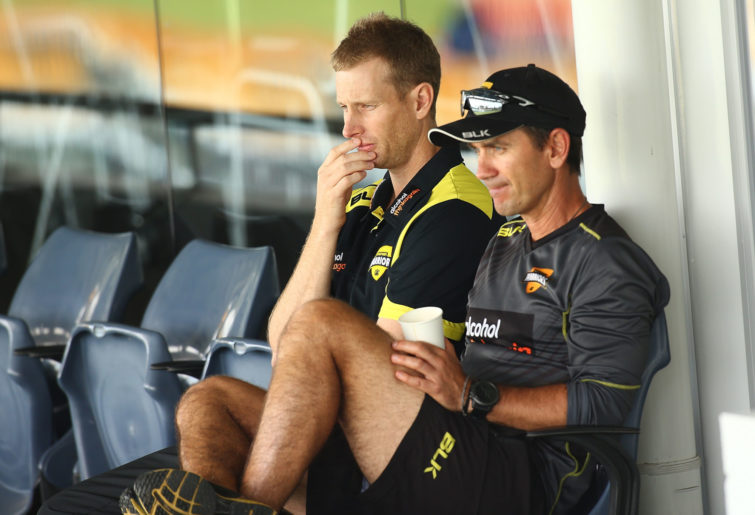 Conversely, Steve Waugh hadn’t even scored a century after 25 Tests and yet is regarded, rightly, as an all time great batsman because he toughed it out over 20 years all over the world. Hashim Amala never looked like getting a run in his early Tests. Yet he ended his Test career as an all time great South African batsman.

The point being that greatness is something earned over a long period of sustained success in different conditions and should not be “granted” easily and early in a career. Pollock had potential to become a great batsman as did Voges.

Steve Smith is a leading batsman now but if he ends his career after playing 120 Tests and averaging 65 he deserves to be acclaimed as a great batsman. However, if his form slides and he ends with 100 Tests at an average of 45 he would be regarded as a very good batsman, but not a great one.

The bulk of Pollock’s Test runs were scored at home against England and Australia from 1965 on wards. The Australian attack in 1969/70 was very modest and tired after a long tour of India.

There is no question that he dominated the Australian attack but that doesn’t mean that was the way it would be forever. Mark Taylor scored over 800 runs against England in 1989 as a virtual unknown. But he never came close to repeating that level in the rest of his career.

Pollock’s away record in England (1965) and Australia gives him an average of 47 reflecting the very good player that he was.

Away from is a better reflection of a batsman’s ability, temperament and technique. Indeed, away record is an excellent measure that applies to bowlers as well batsmen. How often has it been said that Asian batsmen were filling their boots on dead tracks in their backyard but struggling outside?

The same Test must apply to everyone. Doug Walters was a great batsman in Australia but averaged only 28 in England over three tours.

We can delve further into Pollock’s batting record after 1970 in un-official Tests against England and Australia.
Playing for the Rest of the World against a full-strength England side in 1970 he scored only 250 runs at an average of 31.25 including 114 in the last match.

While playing in Australia for the Rest of the World in 1971/72, and just 18 months after he had thrashed them to all parts, he scored 209 runs at an average of 41.80 including 136 at Adelaide when Dennis Lillee, who had dismissed three times in the series, wasn’t playing.

However, it should be remembered that these “rebel” teams were depleted touring teams and in the case of the West Indies virtually a second/third team even though they beat South Africa 2-1 in “tests” and 4-2 in ODI’s.

All the rebels were only playing due to huge sums of money which they had banked. No one was going to bust their guts in meaningless games.

It is a great shame that Pollock didn’t have the full career but the same could be said of many others who deserved to play for South Africa but were denied the opportunity including the original “iron- man” Basil D’Oliveira.