Hopes of a return to Auckland’s Mt Smart Stadium for the opening fortnight of the NRL have been scuppered with the Warriors to spend three months in Australia to start 2021.

After playing their 2020 season out of Australia, the Warriors will again be forced to relocate to Tamworth and the Central Coast to start pre-season from January 3 through until at least the end of round four on April 4.

The decision was finalised by the NRL and the Warriors on Friday, giving the club some certainty for the upcoming season while borders between Australia and New Zealand remain closed.

Currently 14 Australian-based players are training in Kiama in NSW and the rest are in Auckland with new coach Nathan Brown.

“It’s not what we want to do but it’s what we have to do,” said Warriors chief executive Cameron George.

“Our priority is to ensure we do all we can to enable our team to be as well prepared as it can be for 2021.

“It’s a football decision that needs to be made now. We can’t afford to speculate about what might or might not happen any longer. We need clarity for our players, staff and families.

“We tried to arrange a quarantine facility like other sporting bodies have done to bring our players from Australia to train here as a squad but our request was declined so we’ve had to adapt.

“We’ll keep abreast of the border situation and in early March will decide with the NRL what the best course of action is after the first four rounds.”

The Warriors will fly into Tamworth on January 3 and will then move to the Central Coast, where they were camped for the majority of the 2020 season.

Their first two home games against Gold Coast and Newcastle, originally scheduled for the opening fortnight of 2021, have been moved from Mount Smart Stadium to Central Coast Stadium.

NRL chief executive Andrew Abdo thanked the club for making the sacrifice once again to keep the competition going in the midst of a pandemic.

In a statement, Abdo said he is confident the Warriors will be able to play the majority of their games in New Zealand after round four.

“We remain committed to the Warriors playing the majority of their season in New Zealand and recent news regarding a vaccine and a near-zero infection rate in Australia is very positive,” he said.

He did make amends for it with a try in the second half. 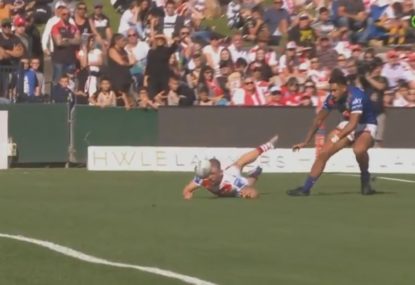 I’m not crying, you’re crying: The misery of being a New Zealand Warriors fan

When you are born in New Zealand, you grow up learning two things.

I’m not crying, you’re crying: The misery of being a New Zealand Warriors fan

The Easter Sunday clash between the Roosters and the Warriors has been all about the Roosters, the return of Victor Radley, the loss of Luke Keary and the debut of Sam Walker. 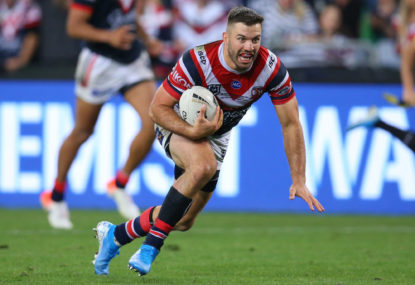 A stunning second-half comeback from the NZ Warriors clinched a 34-31 victory over a brave Canberra Warriors on Saturday afternoon.