Minor premiers have existed since the dawn of competition.

For the times that there’s been a win-loss column and with that comes the best team after the home-and-away season, named the McClelland Trophy (after Dr William C McClelland, a former Melbourne player and VFL president) since 1951 and from then until 1989, was given to the team who performed best across seniors, reserves and Under 19s for the season.

From 1990 onwards, known as the AFL era, the trophy is awarded to the team who finishes first on the ladder.

The other two clubs who stunningly haven’t won are the Brisbane Lions and the Western Bulldogs, between them winning five premierships and playing in seven grand finals. 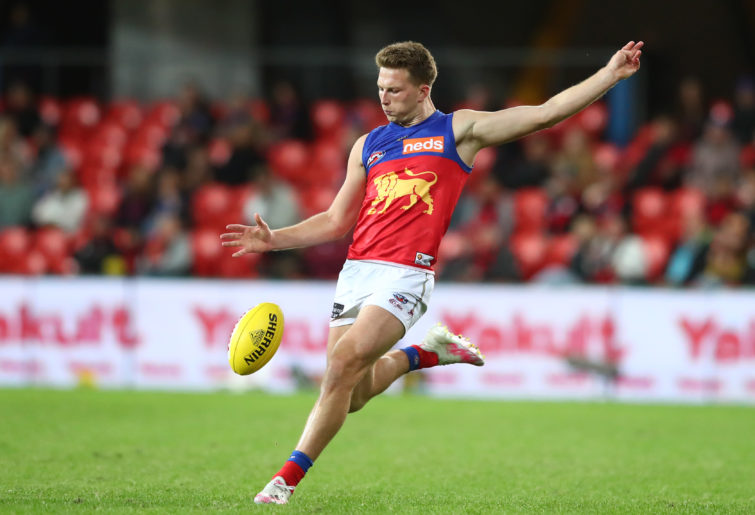 In the 124 minor premierships that have been handed out, 64 have gone onto win the premiership at a percentage of 51.61 per cent with the biggest streak being six times straight, between 1984 and 1989.

With the inclusions of West Coast, Brisbane, Sydney, Adelaide, Fremantle, Port Adelaide, Gold Coast and GWS since 1987, that percentage drops significantly, with twelve of 34 minor premiers winning the flag at 35.2 per cent.

However, this is about the sides that had terrific home-and-away campaigns and had the competition at their mercy, only to crash and burn in spectacular fashion.

2018: Richmond
Fresh off a stunning premiership run in 2017, Richmond came to play and then some in 2018, winning every single home game for the year and only dropping four games away, they met the back end of Hawthorn’s finals run in the 2010’s in the qualifying final.

The Tigers led by three points at the 19th minute mark of the second quarter but Dustin Martin kicked a gem of a goal on the run, an inch from being out of bounds and on the wrong side for a right footer to put them nine points up and the Tigers didn’t look back, winning by 31 points to book in a preliminary final spot.

Their opponents, Collingwood, finished third in 2018 and met West Coast in an absolute pearler of a qualifying final but lost by 16 points. The next week, they played GWS in sloppy conditions and had ten more scoring shots which is what they won by but strong performances by Steele Sidebottom (31 disposals) and Jordan de Goey (three goals) got them through.

Six days later, the prelim began. Richmond were overwhelming favourites in the game and by the time eleven goals had been kicked, Mason Cox and Jordan de Goey individually had out-scored the Tigers!

At one stage, the Pies led by 50 points but ran away and won by 39. Richmond have gone on to win back to back premierships in 2019 and 20 but the only time they finished on top of the ladder during this time, they were defeated by an American.

2003: Port Adelaide
When Brisbane were winning the three peat from 2001-03 and getting all the accolades, Port Adelaide won the minor premierships in all those seasons and in theory, should’ve had more success but 2003 was almost comical.

They had a 10-1 home record and 8-3 record on the road, finished three games ahead of second placed Collingwood, had an average winning margin of 31 points, were the fourth best scoring team and the best defence, rocked up to a home qualifying final against Sydney and lost.

Brendon Lade kicked five and Nick Stevens was the only Power player to have 20+ but a seven-goal blitz from the Swans in the second quarter gave them a 40-point lead. Sydney lead by four goals and won by two but thankfully for Port, they had the double chance.

Josh Carr’s 24 touches and goal along with Warren Tredrea’s 19 and three goals were the standouts to help Port Adelaide overcome Essendon. Leading at every break, the rebound was complete and just like the 2001 semi final loss to Hawthorn and the 2002 preliminary final against Brisbane, lessons had to be learned and the voodoo was ready to be over at the MCG against Collingwood.

A tight first half saw the Pies have an eleven point break before both teams had five scoring shots in the third quarter. Brodie Holland kicked two goals, Leon Davis and Chris Tarrant kicked one for a 4.1 return for the Pies, while Byron Pickett, Nick Stevens, Stephen Paxman and Gavin Wanganeen all kicked behinds and the Power had been cut out to trail by 31 points.

Collingwood blew the Power out of the water and for the third year straight, Port had their tails between their legs. Three years of lessons culminated in the club’s first grand final and only premiership to date but there’s no doubt, this was embarrassing.

1970: Collingwood
Collingwood hadn’t won a premiership leading into 1970 since 1958 but the home-and-away season was nothing short of dominant. They were 11-0 at home and 7-4 on the road to finish two games ahead of runners up Carlton and four games ahead of other finalists St.Kilda and South Melbourne.

In triple Brownlow Medallist Bob Skilton’s only final in his career, the Swans led by five points at halftime but were run over by the Saints to lose easily. The semi final between Carlton and Collingwood however was an absolute classic.

Neither side gave in and wouldn’t let the other get away with a Collingwood two point lead at the first change, five at the half, the Blues led by three at three quarter time before the Pies got away and won by ten points, largely thanks to Peter McKenna’s nine goals and Des Tuddenham’s 25 disposals but didn’t finish his great work with 1.6 in front of 112,838 people.

The Blues showed their muscle in the third term, after a two goal lead at halftime and blew the Saints apart to win by 62 points thanks to their ‘Triple J’ squad.

(Syd Jackson’s 28 disposals and 6.3, Alex Jesaulenko’s 11 marks and 4.7 along with Peter Jones’ 4.3 and 12 hitouts) Then, one of the most famous grand finals in history took place. Top of the table Collingwood, who had taken all before them and then some in the season, slammed on a 44 point lead at the half, had dominated all over the ground, especially Wayne Richardson. At the half, Ron Barassi turned to a 21 year old, Ted Hopkins, to spark the Blues and boy did it work.

The man dubbed ‘the best benchwarmer in the business’ kicked four goals in the second half, Carlton handballed at all costs, even in the backline which was very frowned upon at the time and the lead was cut to 17 at the last change, before the comeback was complete.

5.4 to 1.1 in the last capped off a ten point win (which was Collingwood’s margin in the semi) and the top of the table Pies kicked off their ‘Colliwobbles’ tag that remains to this day, due to including 1970, they are two wins, nine losses and two draws from their 13 grand final appearances in the 51 grand finals since.

1958: Melbourne
Melbourne in the 50s were one of the most dominant teams in VFL/AFL history, there’s no question. Footscray defeated them in the 1954 grand final, before going on the most dominant three peat in history from 1955-57. There has been five streaks of three premierships in a row and one streak of four (Collingwood from 1927-30) but none of them have come close to the grand final dominance of the 55-57 Demons.

A 28-point win over Collingwood in 55, followed by a 73-point win against the same team before disposing of Essendon by 61 gives them +162 points across their three peat, which is the most across the six streaks and even more than the four peat from Collingwood!

The Dees finished three games ahead of Collingwood in 1958 who lost four of their last six games and played off against the Pies for a grand final spot. Frank ‘Bluey’ Adams kicked three goals as Melbourne won by 45 points.

The Pies won the next week against North Melbourne but this was a fait accompli for Melbourne or so it seemed with legendary coach Norm Smith and legend Ron Barassi in his prime awaiting, with even The Age naming Collingwood ‘the biggest outsider in finals in many years’.

The first quarter went to plan with the Dees leading by 17 points but then the Pies went and attacked the Dees physically, which proved the difference. Melbourne went the man, Collingwood went the ball and lead by two at the half.

Melbourne’s fighting skills got better but their attitude worse, Collingwood kicked five goals to none in the third and the mystique of the invincible Melbourne was over. The 33-point last change was too much and even though the Pies went goalless, the three goal win was one of the biggest upsets in history and minor premier Melbourne crumbled.

1948: Essendon
The Bombers at the end of 1948 sat at the head at the table, three and a half games clear of Melbourne, had lost two games for the season and none since a Round 8 loss to Fitzroy and a draw against Richmond.

Eleven wins on the road and a grand final qualifier against Melbourne awaited. Doug Bigelow kicked four and Dick Reynolds three as the Dons breezed past the Dees by 36 points. A week later, the Dees more than breezed past Collingwood with Jack Mueller kicking eight and Norm Smith kicking six to set up a hopeful revenge tale.

Pick any of these statements as a winner but the strangeness of them is compounded by the fact that they are in fact, fact. There was only nine goal kickers for the game, Essendon kicked three less goals, had 15 more scoring shots, only led at one end of quarter and the game was a draw!

It took fifty minutes is what it took before the Dons kicked a goal and any report says they should’ve won but for abysmal kicking. For those believing in coincidences, an exchange from Don Cordner when he said ‘this is it’ to Dick Reynolds who replied ‘unless it’s a draw’.

The replay was just a domination nation with a 39-point win to the Dees with Jack Mueller the hero with half a dozen to sink the powerful Dons.