The FFA Cup is back, different and begging for a new name

The sweeping changes to the FFA Cup that Football Federation Australia announced last week are bound to re-invent it.

Reacting to criticisms of past editions, Australia’s elite knockout competition has been heavily tweaked by the powers at be and will look quite different in 2021.

Most obvious is the decision to open the format and ditch the fabrication that ensured a non A-League team would play in the final four.

In its previous six editions, no NPL club has managed to navigate that stage and advance to the final, something that no doubt played a role in the re-evaluation of the competition structure.

The fairy tale performances so frequent in the cup’s history will no doubt continue yet it is highly likely that four A-League clubs will compete for the chance to lift the impressive silverware in 2021.

FFA has also set aside stand-alone weekends to climax the competition, awarded an Asian Champions League qualification knockout spot for the winner and conveyed a clear intention to make the final three matches more of a celebratory time on the domestic football calendar than it has been in the past.

The notion of turning the cup final into something of a weekend festival and an associated media and cultural ‘push’ in the host city, is an appealing one.

Under the plan, the festival would be co-ordinated by the FFA as well as the government and federation of the state fortunate enough to have been granted the hosting rights of the match.

However, therein lies the source of some discontent; with many concerned by FFA’s decision to award the contest to a neutral venue and decide the competition by a single 90 minute fixture and not over a home-and-away two-legged battle.

No doubt, all attempts would be made to select a suitable host city, considering the two teams actually involved in the match.

Yet some have already expressed concerns around attendance figures and the likelihood of fans committing to a potentially expensive ‘away day’ to cheer on their team in the cup final.

A Wellington Phoenix versus Newcastle Jets final makes no sense in Perth, but far more at Central Coast Stadium in Gosford or in Sydney. Similarly, should Brisbane Roar and Melbourne City advance to the deciding fixture, Coopers Stadium in Adelaide would be an odd choice, whereas an east coast location that minimises travel time for the teams and increases the likelihood of travelling fans seems a far better fit.

The issue becomes as to the timing of the awarding of the host venue. If done early in the competition, there is no doubt that the organisers would open themselves to looking a little silly should the final throw up a combination of teams that just don’t seem compatible with the location.

A two-legged final held at the home locations of the participants seems to be a popular line of thinking for many and does appear to contain more certainty in attendance numbers, subsequent atmosphere and in discovering a well-deserved winner based on more than just a one off neutral contest. 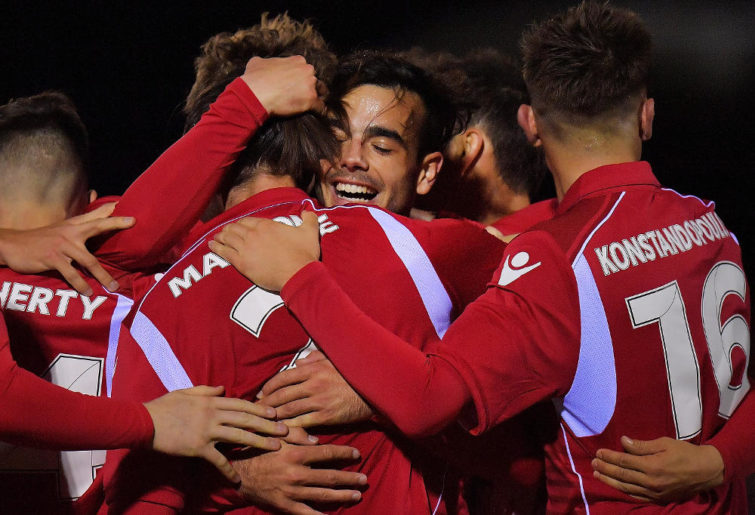 Perhaps the FFA will alter its position and make such a change, time will tell, however it is the issue of an appropriate name for the competition that is drawing as much, if not more discussion, as the 2021 A-League season approaches.

With FFA apparently keen to remove one of the consonants from its acronym, such a move would make a rebranding and renaming of the cup competition urgent; with many already feeling that it should be changed regardless of the letters plastered on the door of head office.

The Australia Cup is the favourite of many for its potential reconnecting power with domestic football history and a competition that was last played in 1968. It lasted just seven seasons yet was potentially ahead of its conceptual time.

I would be fully supportive of the Charles Perkins Cup, the Uluru Cup or the Dreamtime Cup; apt and inclusive choices that send a powerful message of unity and show a deep respect for the past.

Whilst thinking deeply about the choice, I have also been entertained by some of the rather clever and comical suggestions made to me over the course of the last few days.

The Santo, Sam and Ed cup had me giggling, as did the David Gallop Cup and the goose who suggested that Australia’s finalists should compete for the Matt Simon Cup showed little respect to the Central Coast Mariners veteran.

My mother only remembers one key moment in Australia’s footballing history and recommended naming the silverware the Aloisi Trophy, a cynical friend suggested barring history and going solely with the corporates.

He got a great laugh out of his Coles Cup idea, as did I when Nick Symonds suggested Cuppy McCupface in the comments below my article last week.

It is great to see FFA being pro-active in their thinking around the 2021 cup competition.

Getting things just right may take a few more years, yet the recent re-invigoration reflects a keenness to change, grow and evolve; something Australian football has not done consistently enough for some time.