'Tis the season to be silly: Let's talk NRL expansion

With three months until the NRL kicks off again, I may as well offer my two cents on the expansion debate.

As a fan brought to the sport by ‘expansion’, I’m generally be in favour of geographic spread, but I’m also a realist: money is tight and the game must ensure it survives in the heartlands.

We can start planning, but it would be the height of folly to suggest this while the economic situation remains uncertain and borders can be shut on the whim of a politician.

Nonetheless, so long as expansion plans are sensible and committed to, with a long-term strategy, the NRL can be grown to 18 sides, with a new team in Perth and an extra side in Brisbane.

I’ve written previously about how there are enough quality players to make up the 18 without diluting competition quality and there is undoubtedly the demand for such growth.

A ninth game over the weekend would appeal to the rugby league and TV viewer: the Western Australia timezone would open a new viewing slot (in much the same way that Friday 6pm has been utilised by pre-Tamworth New Zealand Warriors). The second Brisbane team would bring in more Queensland viewers.

As a naïve Englander, I’ve never truly appreciated the need for a second Brisbane side – they can’t even sell out their games and why would people dislike the only team in the city? But I do understand the need for a more equitable split between the states and, like the introduction of Western Sydney Wanders to the A-League long after the first Sydney side, if a rivalry based on geography can be cultivated from the start, then tribal antagonism can be fostered into a large enough following.

Of course, like the Sydney football and NRL sides, these identities are based on geography, so it would be hard to generate such feeling were they to be based out of Suncorp. Another Southeast Queensland side would have to start in, or at least have immediate plans to move to, a distinct location. This could be the Ipswich-Western Corridor, Sunshine Coast or even South Brisbane. The latter could foster a north-south divide, splitting ties across the Maiwar River, with a new South Brisbane side based out of an already-built, 48,000-seater QSAC looking for primary tenants. 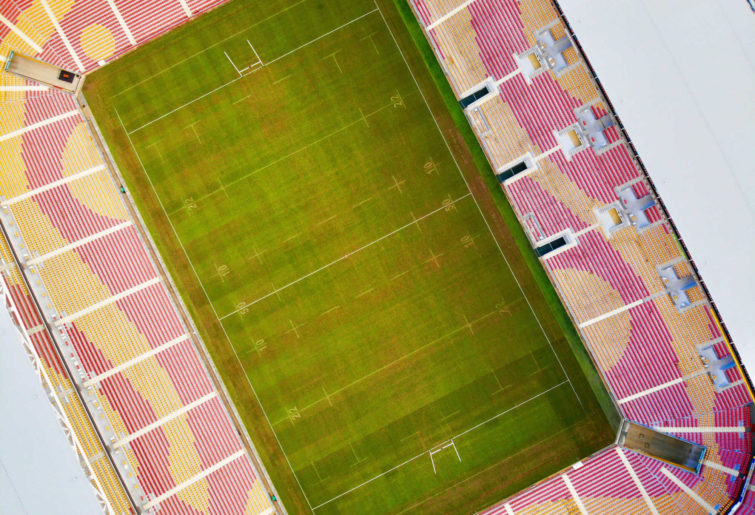 Perth is the ‘riskier’ option, in that it is not prime rugby league territory, and further away from Sydney than Auckland. But experience of the Melbourne Storm shows that, with enough planning, finance, and long-term planning, it can be done. And thanks to the success of taking Origin on the road, rugby league is hardly an unknown in WA. They already have an SG Ball youth side

Unfortunately, economics and franchise licensing process prevent more widespread or numerous expansion à la Papua New Guinea. But for the greater good of the game, so long as the sport is nurtured and supported, it’s OK to forego top-flight rugby league.

What is not OK are suggestions of relocation – I would like to see a new team in Perth, but not to the detriment of a team in Cronulla or Canterbury. Coming onto economic and practical arguments later, the notion of such cold-heartedness would be the antithesis to the spirit of the game that we grew up with: loyalty, mateship, adversity, all that palaver. It would be a betrayal to the people who have sustained this great game over the past 100-odd years.

It also wouldn’t work. As the North Sydney Bears show, sides lost to the NRL don’t see their fans automatically migrate to the nearest top-flight side – they either stick with them in the NSW Cup, or are lost to the game.

And why would the good people of Perth or Queensland accept New South Wales’ cast-offs? It hardly sends the right message – ‘this side didn’t work in 1/9th of Sydney, so here you go!’ They’d want something authentically theirs, getting behind their hometown. Otherwise, they’ll stick to their own AFL sides, bite the bullet and head to Suncorp, or stay away from the game altogether.

The time for such relocations like the AFL did has long-since passed.

The NRL has to move more carefully with its blueprints – but its resources provide it with the opportunities to solidify and make it a truly National Rugby League.