Congratulations to India for winning the T20I series 2-1 against Australia. The series was hard fought with India emerging the winner between the two equally matched teams.

Let’s take a look at what happened in the three games.

Batting
India are in the middle of a long unbeaten run in T20 series. The team’s explosive batting is the crucial reason for this continued success. Indian Premier League cricket has moulded the Indian batsmen into an excellent T20 unit.

This Indian team has a quick-scoring top order to put the team on an ideal path and an explosive middle order to finish the job.

The first match in Canberra didn’t go according to the batting plan. Except for KL Rahul, India’s top order did not provide the start that was expected from them. They found themselves at 114 for 6 after 17 overs, staring at a sub-par final score. Ravindra Jadeja turned things around by scoring 44 from 23 balls to take India to a par score.

Even though their batting innings did not go to plan for 90 per cent of the innings, someone in the team believed that they could make a match out of the remaining 10 per cent. This belief that T20 might be a short form of the game, but still provides ample time to change its course in between is the biggest gain for the Indian team from the IPL.

The same belief could be seen in the innings Hardik Pandya played in the second T20 in Sydney. 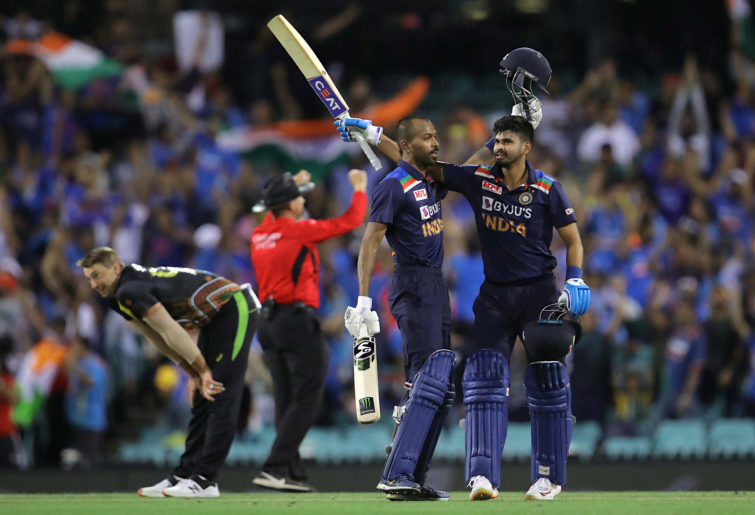 This time, India were chasing a massive target of 195 to win. They needed 14 runs off the last over. In the pre-T20 days, the batting line-up would have resorted to wild slogs to reach the target. However, Hardik knew through repeated experience that all he needed was two clean hits in those six deliveries to get close to the target.

Like Morpheus insisted in The Matrix, “knew” is the operative word. Hardik did the job without much of a fuss.

The third T20I looked like a repeat of the second game until the 18th over, however, the Indian batting unit fell short of the target by 12 runs. The credit for this win goes to the Australian leg-spinning duo of Mitchell Swepson and Adam Zampa for putting the brakes on this batting unit during the middle overs.

Despite getting an excellent start, the Indian team fell behind the asking rate due to the fabulous job of the Aussie duo. Pandya and Virat Kohli tried their best to get India across the line with some brutal hitting towards the end of the innings, but they were left so far behind the required run rate by the spinners that they had to take risks, and it turned out to be one too many.

Bowling
The Indian side found an emerging star in Thangarasu Natarajan during this series. Natarajan came to Australia with a good reputation based on his IPL performances, which he translated into convincing performances in all three games. His efforts on the pristine batting strip of Sydney were fantastic.

While the rest of the bowlers were losing their heads to the clean hitting by the Australians, Natarajan mixed his pace and length to keep the batsmen in check. The effort of 4 overs for 20 runs in the second T20I was remarkable. It was quite fitting that Hardik handed over his man of the series award to Natarajan after he received the official version of the trophy.

Yuzvendra Chahal showed his class during in Canberra with a match-winning performance, taking three wickets. Chahal had been in great form during the IPL, and he carried over his form to the international series. Did he become the first player to not figure in the starting XI of a team to end up with a man of the match award?

Apart from Chahal and Natarajan, the rest of the bowling unit did not leave a great impression. Scores of 195 and 186 in the last two matches will say that rest of the line-up was taken to the cleaners by the Aussies. Having said that, I have to record that Washington Sundar bowled an economical spell during the first game.

Batting
Even though Australia lost this series, their batting unit performed quite well.

Mathew Wade was in top form during the series. He scored two rapid half-centuries at the top of the innings to set Australia on course to two big totals in Sydney. Aussie openers, D’Arcy Short and Aaron Finch, did a fine job in Canberra. It was the middle order who were stymied by the fine bowling performance of Chahal and Natarajan. 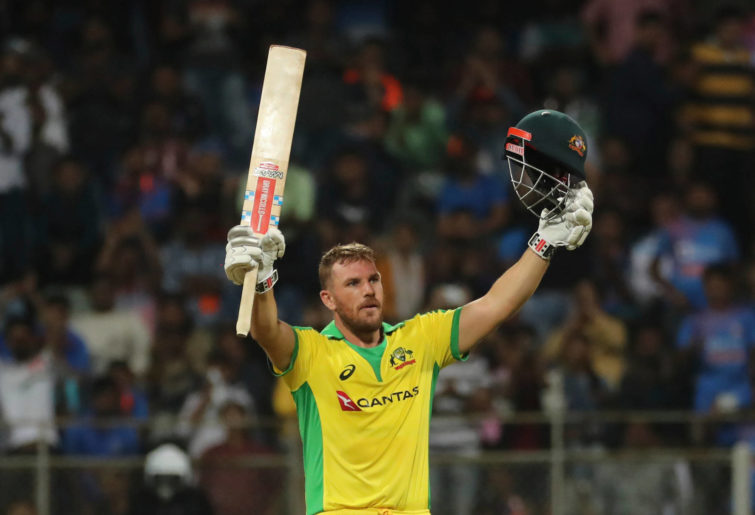 Glenn Maxwell continued with his rich vein of form. He clobbered the Indian bowlers in the two Sydney clashes to help the Aussies post big scores. His knock in the third match was brutal. The Big Show’s ability to hit spinners and fast bowlers alike is his unique selling proposition and makes him a much sought-after player for all conditions.

On the other hand, Steven Smith had a slightly underwhelming series by his lofty standards. Even though he made runs in the last two matches, they came slowly by T20 standards. Smith had the same issue during the IPL as well. It is safe to say that Smith is yet to find his T20 hands! He scored much faster in the ODI series.

Moises Henriques and Marcus Stoinis chipped in with useful contributions while setting the target in the two SCG fixtures. Henriques proved to be a very dependable player for Australia in this series.

Bowling
Mitchell Swepson and Adam Zampa were the stars of the Aussie bowling line-up. Swepson started by bowling short most of the time during in Canberra.

This match was the first time I saw Swepson bowl. At one point, I started to believe that his stock ball was that short ball! He even ended up getting Virat’s wicket off this short ball! So, I was not wrong to make that assumption. However, he set me straight with his fabulous performance in game three. His three wickets and economical bowling ensured that the Indian batsmen fell behind the required rate.

Adam Zampa bowled like his usual mean self. His tight control forced the Indian batsmen to take big risks to get their runs.

Apart from the leg-spinning duo, the rest of the Australian line-up did not shine bright. Andrew Tye did bowl a few good overs in the two T20s in Sydney. Otherwise, the Indian batsmen used the fast bowlers of Australia to get all their runs without taking undue risks.

Closing punch
What is an India versus Australia series without a controversy!

The Ravindra Jadeja concussion replacement incident in Canberra will keep the chatter about this T20 series alive for some more time. My take on this incident is the ICC needs to sharpen the concussion rule to avoid abuse of this much-needed provision. I am stunned that this incident has not blown over into a more considerable controversy.

The incident will remain a talking point from this series, however, it should not take the sheen off the series win by the Indian outfit.

Australia played equally well. T20 games are won on small margins, so there is no disrepute in the Aussie performance.

Now, after the high-quality appetisers, we will look forward to the main course, The Border-Gavaskar Trophy Test series.

I can’t wait for the 17th of December when the pink ball will give the batsmen a reality check in Adelaide!

‘Test cricket is won by the number of runs, not by the speed of the scoring’. Although a Roarer made this claim without a hint of prevarication it turns out our cricket community is rather divided on the matter. Let me preface this discussion by stating that this article is not about individual situations, this […]