The all-rounder starred in his first game back in the Big Bash on Friday night, claiming career-best figures of 4-10 in the Melbourne Stars’ win over the Brisbane Heat.

Part of Australia’s 50-over World Cup team just 18 months ago and saving the day against the West Indies, Coulter-Nile has not played for his country since the tournament.

He was dropped off Western Australia’s contract list earlier in the year, and at the time hoped to get a chance elsewhere even as an uncontracted player.

But with the tournament expected to start at some point in the next year after the Big Bash, Coulter-Nile has all but given up hope of playing.

“I’m keen if someone wants me,” Coulter-Nile said.

“I’ve not had any communication from anyone about when it’s even being played.

At the time of his axing, Coulter-Nile admitted he was desperate to get a crack at Western Australia in the competition.

But he insisted he no longer felt he had a point to prove in the BBL.

“I did when I first got dropped,” he said.

“I felt a bit scorned but I have moved past it pretty quick.” 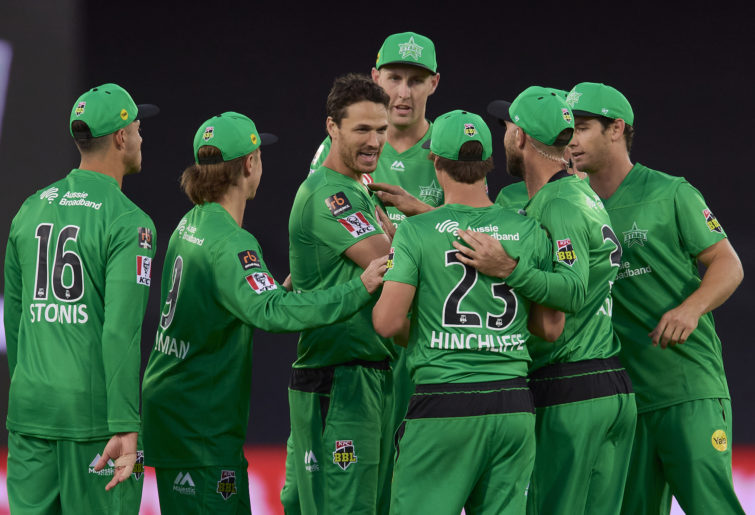 Coulter-Nile’s haul against Brisbane came after a chaotic two months, where at one stage he thought he would not be able to start the BBL season.

While contracted Australian players were flown home on a charter flight from the IPL, the 33-year-old was left scrambling when his was cancelled two weeks from when he was meant to leave.

He managed to get back to Brisbane to complete two weeks’ quarantine, and luckily the West Australian border was open that day so he could see his family before the BBL began.

“I was trying to get a flight and couldn’t get one. I asked about the flight and they (Cricket Australia) said no, so that was nice,” Coulter-Nile said.

“There was talk about me not getting back until mid-December, so that wouldn’t have been ideal.

“I don’t know how Mumbai did it but they got me on a flight the next day.”