Since LeBron James left Cleveland, the Central division has mainly been dominated by the Giannis Antetokounmpo and the Milwaukee Bucks.

The Indiana Pacers led by Victor Oladipo have always been consistent whereas the other teams in Detroit, Cleveland and Chicago have been hopeless.

Milwaukee has had the best record in the Eastern Conference for two years straight, but they have yet to appear in the NBA Finals. With time running out for Antetokounmpo to sign his supermax extension, all the pressure is on Milwaukee to perform in the postseason.

It’s been quite an eventful offseason for the Bucks so far in an attempt to build a strong contending team around Giannis.

The Bucks secured Jrue Holiday after parting ways with Eric Bledsoe wo had struggled mightily in the playoffs. Holiday has been capable of being a 20 points per game score while averaging five rebounds and five assists.

He seems to be a lot more composed and well-rounded with his offensive and defensive game thus making him more reliable in the playoffs.

By being able to keep Brook Lopez and Khris Middleton, it would seem that don’te Divincenzo may be ready to break out and start at shooting guard giving them a formidable starting five.

There were reports of Milwaukee executing a sign-and-trade with the Sacramento Kings for Bogdan Bogdanovic, but any discussions had to cease due to potential tampering claims outside of free agency.

The Bucks still seem to have a strong roster and it will take a mammoth effort from Indiana who will most likely be their biggest rival. The biggest task for Milwaukee is whether they can run through the east and make the NBA Finals. There is a lot riding on this season.

There was plenty of uncertainty surrounding Victor Oladipo and the Indiana Pacers but for now, things seem to have settled down. There were many reports of Oladipo potentially wanting to leave the organisation with multiple trade offers but chatter has died down.

Additionally, there was plenty of reports about Myles Turner potentially being dealt as a trade asset but has also remained at the club.

The Pacers were a top four seed in 2019-20 and they have plenty of quality players.

Malcolm Brogdon blossomed into a quality playmaker having increased responsibilities while TJ Warren averaged a career high 19.8 points per game with extreme efficiency.

With Oladipo returning to full health, you have a very dangerous squad in the East here. The tandem of Domantas Sabonis and Myles Turner can wreak havoc with an inside-out dynamic. The bench is also capable of producing with the likes of Jeremy Lamb, Justin Holiday, Doug McDermott and Aaron Holiday who were key contributors last season.

Indiana has some serious potential to make waves in the Eastern Conference.

When you analyse the remaining teams of Chicago, Detroit and Cleveland, it leaves a lot to be desired.

The Chicago Bulls seem to be in the best position out of the three teams and there is some cause for optimism with Billy Donovan joining the squad.

Chicago have quality young players and everyone on their roster is under the age of 30 except for Thaddeus Young and Garrett Temple.

It was evident that Jim Boylen was not the right coach for the Bulls and the hope is that Donovan can maximise the prospects on this team.

They are filled with talent when you think about Zach Lavine, Wendell Carter Jr, Lauri Markannen, Coby White and Patrick Williams. You also have to consider the wildcards which include the likes of Otto Porter Jr, Tomas Satoransky and Denzel Valentine who could also become key contributors this season.

The Bulls were an above average team defensively last season and Donovan can certainly continue to make improvements with that. The key factor for the Bulls success is whether they can run an offense which will work to the strengths of their players.

While they may not be successful this season, this could be the start of a maturation process for them to become a playoff team.

The Detroit Pistons are currently in limbo as they seem to have no direction. Their free agency and trade period was quite puzzling after they had signed Jerami Grant, Wayne Ellington, Josh Jackson, Jahlil Okafor and Mason Plumlee.

They parted ways with Andre Drummond which potentially indicated a rebuild but they also cut ties with Christian Wood, Luke Kennard, Langston Galloway, Bruce Brown all who are great young players who had their contracts situations expiring. The Pistons didn’t seem to have a plan for them and didn’t want to invest in extending them.

The Pistons will be led by Derrick Rose and Blake Griffin but the fit of the players that have been brought in certainly have a weird dynamic to it. It almost seems that Detroit are stuck in a win-now mentality where they have brought in veteran players to surround their two stars to make a playoffs push.

No team should be worse in this division than the Cleveland Cavaliers. The Cavaliers had the worst record in the East and its obvious that they plan to build around their young guards in Collin Sexton and Darius Garland. 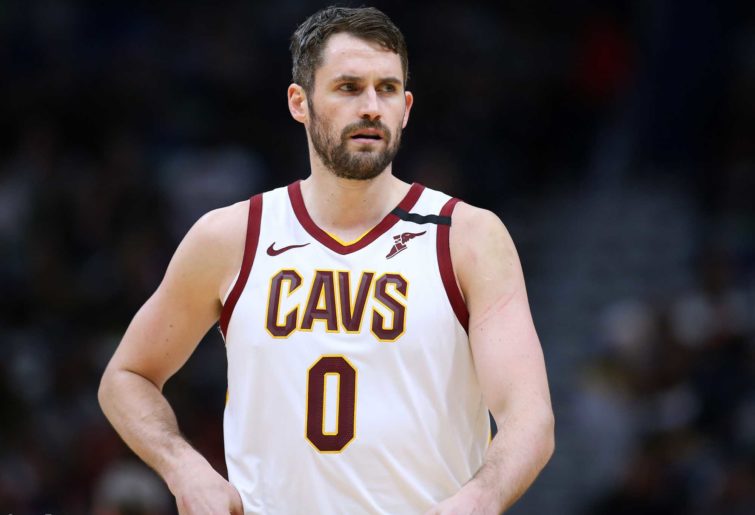 They still have players such as Andre Drummond and Kevin Love who won’t have a future with this team but if they are able to trade them for assets, it should be good for them going forward.

Cleveland still have plenty of developing players who could turn out to be decent with Kevin Porter Jr, Cedi Osman, Thon Maker and rookie Isaac Okoro all under the age of 25 and younger.

It’s evident that Cleveland will not be relevant for a number of years as they look to build something special. However, they are in a much better position than a Detroit Pistons organisation who seem to have ageing stars leading the way.

Overall, this division shouldn’t have anything eventful going on with the Bucks and Pacers looming as the only threats in this division. We may get a surprise eighth seed berth from either the Bulls or the Pistons but it will simply lead to a first-round exit.

The story to watch out for is how Milwaukee performs in the playoffs as there is so much riding on this crucial season. If they can improve and make it into the NBA Finals, Giannis Antetokounmpo who holds the fate of that franchise may very well stay for a couple more years in his prime.

It's time for the NBA to overhaul the MVP voting process but they never will.

The NBA starts on Wednesday (AEDT) and after running the rule over the favourites, contenders and also-rans of the Western Confernece on Monday, we…

This whole NBA Finals was themed by legacies. But what makes it so different and does different mean worse? Especially when we understand it…

Giannis Antetokounmpo has delivered the Milwaukee Bucks their first NBA championship in 50 years with a 105-98 victory over the visiting Phoenix Suns. With…