Abu Dhabi needs to go
Since 2009, Formula One has been travelling to one of the most spectacular looking tracks in the world at the Yas Marina circuit, which teases us with bright lights and fancy structures to make us believe it’s worth visiting each year.

Yet, in the 12 races we’ve had there, have we ever had a good race? The race in 2012 was maybe the best we had, with 2010 also up there in terms of tension, but outside of that every race has been a snooze fest.

And yet this is the circuit that somehow always ends up being the season finale venue – a venue that should be a thrilling track that allows for great racing and exciting conclusions.

Yes, we haven’t had an exciting conclusion to a season in an Olympiad, but when that prospect does return one day, it should be at a track fitting for a finale.

That track should be Interlagos, a circuit that has produced more title thrillers than we’ve had close championship battles in the last decade, a circuit that always throws up a great race, and a circuit that just screams a perfect season conclusion.

The sad fact of course is that Yas Marina isn’t going anywhere. With the amount of money poured into it and into the sport by the United Arab Emirates, it’ll stay around basically forever and a day. Just like it’s fellow Middle East track in Bahrain.

It doesn’t matter to anyone involved if the tracks are boring and produce no interesting racing, because at the end of the day there are some fat amounts of cash that come from bring Formula One to that part of the world. Guess we shouldn’t have high hopes for Saudi Arabia from next year onward then?

Valtteri Bottas can never win
And no, not literally. Of course he can win. He is in a Mercedes. What I mean is that he can never win in the eyes of respect and opinion in the world of Formula One.

Fresh off a race in which he was shown up by a guy who had never raced in the car before, Bottas came out strong in Abu Dhabi and dominated his more revered teammate in Lewis Hamilton all weekend.

The takeaway from the race though is that Bottas should’ve done better and Hamilton had an off weekend. Boy oh boy. 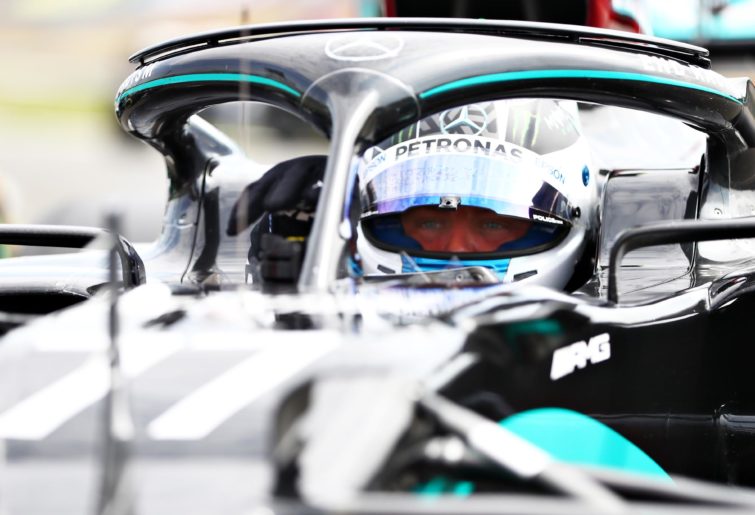 While Bottas definitely is no Nico Rosberg in terms of pushing Hamilton to the absolute limits, he has proven himself to be a solid back-up for Hamilton since he arrived in 2017.

He has shown plenty of flashes of brilliance over his four seasons at Mercedes and has contributed to them strongly in retaining the constructors championship every year since.

He has won nine races, and easily would’ve had more had it not been for bad luck. And as I pointed out earlier this year, he might be the most underrated personality on the grid.

Yes, we all loved the fairy tale of George Russell in the car a week ago, but let’s not get ahead of ourselves. Bottas is the perfect second driver Mercedes needs. I’m sure Hamilton has as much say in that being the case as people like Toto Wolff do.

Why would Hamilton want Russell next to him, a driver who would perhaps challenge him more like Rosberg did in the early days of Mercedes’ dominance?

Think back to Ferrari when Kimi Raikkonen was with Sebastian Vettel. Raikkonen was way more off the pace compared to his teammate but his position was never questioned.

Why? Because he was a perfect buffer to Vettel in his quest for the championship. The difference with Bottas is that he is clearly better equipped to challenge more often than Raikkonen ever was.

Hopefully come 2021, he’ll finally start to get some more respect moving forward for his role in Mercedes. And even more so, hopefully he’ll be able to retain those flashes of brilliance we see from him to maintain a genuine title challenge to Hamilton next season.

The steward system needs a shake up
It’s been several years since they introduced a former Formula One driver to appear as a driver steward at each race, and for the most part this has been helpful in ensuring that most decisions are thoroughly looked at with a racer’s eye to help make a call.

Recently, however, something has happened with the system that has turned it into somewhat of a joke.

Carlos Sainz was put under investigation during the race for a slow pit stop that allegedly held up the Racing Point of Lance Stroll.

Immediately after it was announced he was under investigation, Sky Sports were able to show a variety of replays of the incident, with numerous pundits weighing in with their opinion on whether he should be punished or not.

Meanwhile, the stewards announced it would be investigated after the race. How looking at a few replays of a car going slow or not needed to be looked at after the race, especially when literally nothing was happening on the track, is an absolute baffler.

And this isn’t the first time this has happened this season. Several incidents, many with potential race-changing implications, have constantly been pushed back to after the race for investigation.

Can we just take stock of that for a moment and imagine that happening in another sport? Imagine cricket if the DRS was held off until after a contentious LBW or run-out call? Imagine AFL if a goal review was held until after the final siren? Or maybe tennis, if an out call that could decide a game, set or match was held until after a winner was declared? It would never happen.

So why is Formula One any different?

Decisions need to be made in race and an overhaul clearly needs to be put in place to ensure this happens before it does come into play with much more serious outcomes in a race in the future.

And while technically one of them (Kvyat) hasn’t been confirmed as not being on the grid next season, it’s all but confirmed that he is to be replaced at AlphaTauri by Yuki Tsunoda in 2021. So if nobody else wishes to offer tributes to them, allow me to.

Magnussen was always an entertaining driver to watch, and was one of the toughest and hardest racers of the last decade. Making his debut for McLaren in 2014 with a stellar podium, he was never able to recapture that form with the cars he had in his subsequent seasons.

His time at McLaren came when the team were at their worst, and also when a certain Spaniard forced his way back into the team with typical bravado. So it was then onto both Renault and Haas, where he soon became a solid midfield driver who wasn’t afraid of getting a bit dirty and tough in order to maintain his position.

While that style may not sit well with many, I personally found it great to see and something a tad different to what we’re used to.

Kvyat meanwhile started off in a Toro Rosso and was soon thrust into the big league in his second season by joining the senior Red Bull team in 2015 after Sebastian Vettel surprised everyone by moving to Ferrari.

At the time it was somewhat baffling as to why he got the call-up over his much more experienced teammate of Jean-Eric Vergne, but Kvyat still was able to put his best foot forward and put in a few solid performances in a 2015 Red Bull that was arguably their worst car they had produced in nearly a decade.

This brought about a couple of podiums, and he followed that up with some more solid drives at the beginning of 2016 until the torpedo was demoted back to Toro Rosso by a certain Max Verstappen. It seemed like his career was over, but a surprise return to Toro Rosso in 2019 saw him once again put in some solid performances (including an amazing podium in Germany) and a nearly unlikely recall back to Red Bull.

However, that went to Alex Albon, and he soon found himself once again on the outs and being overlooked for future drives heading into 2021.

While it’s clear that both drivers were never going to set the Formula One world on fire in the long term, it’s still a shame to see two very solid drivers fall out of favour with the paddock when several other drivers remain who aren’t even on their level.

So while many may not miss either, I for one will. Hopefully both get a third chance at some point in the future.

Stroll signs off with a point, Latifi not last again
There was nothing much to report in the Canada column this week. Lance Stroll was de-facto Racing Point leader this weekend after Sergio Perez had several issues and retired from the race.

This meant that he had to do his best to try and retain third place in the constructors championship for Racing Point over McLaren, but the pace just wasn’t there and he ultimately finished in tenth place for a solitary point.

It may not have been the most spectacular ending for Stroll, but it has been a spectacular season for the Canadian, which will give him a boost heading into next season in the re-branded Aston Martin alongside Vettel.

For Nicholas Latifi it was another solid race at the back. A couple of overtaking moves for him were his highlight, as was the fact that he finished ahead of both Haas drivers. There were no points for him this season but a couple of close calls show that he is in good stead heading into his second season next year.

And that’s all she wrote, folks! Another season is over with. I’ll be back in the coming week with five talking points for the season, as I start to count down the days until Melbourne is upon us. Let’s all hope that it will actually go ahead this time.