New Big Bash League bonus point rules could lead to more blowouts as teams staring down defeat opt to chance their hand to gain some reward.

Under rules introduced this season, the side ahead run-wise at ten overs receives one competition point and the winner gets three.

The Melbourne Renegades chose to chase the bonus point on Sunday night after losing early wickets in pursuit of the Sydney Sixers’ mammoth 4-205.

But it all went pear-shaped.

They were bowled out for 60 – the second lowest BBL score – in 64 balls and missed out on the bonus point.

It was the biggest run defeat in the tournament’s history.

Renegades coach Michael Klinger defended the decision but said it was possible there would be further lopsided games this summer as teams put their eggs in the one-point basket.

He said Melbourne shifted focus after they were four down for 20-odd runs inside five overs. 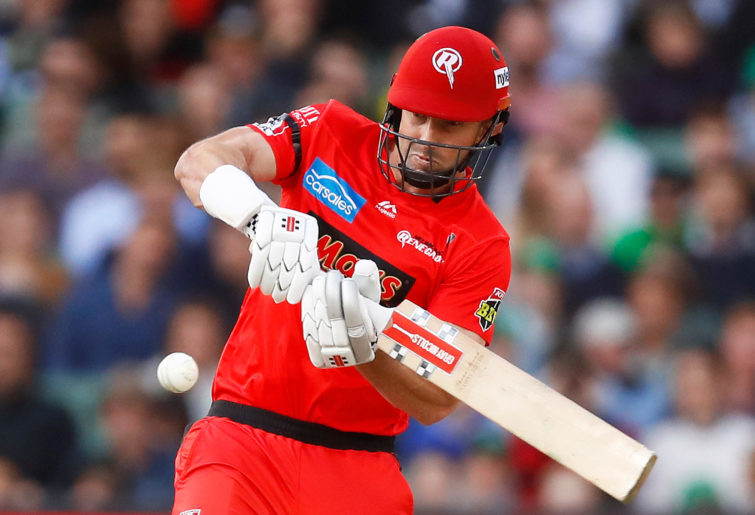 “The hard thing is, I don’t know if it’s the greatest spectacle,” Klinger said.

“But at the same time it gives good content for the commentators and broadcasters to talk about.

“I haven’t seen any of the footage, so I’m not sure how it (the chase) came across.”

Klinger said it was an obvious tactical choice to aim for the bonus point against the Sixers but conceded the chase turned into a “train wreck”.

“The discussion was ‘is a point more important, or net run rate?’,” he said.

“Obviously we didn’t get either. If we were one, two down we could have taken the game deep.”

Sydney young gun Josh Philippe, who set up his side’s win with 95 from 57 balls, backed the bonus point initiative.

“When you are a few wickets down it probably becomes more important to try and go for it,” he said.

“I don’t think there’s any problem with what they did. They just didn’t execute and we bowled really well.”

The bonus point is one of three rule changes implemented this season.

An X factor substitute, who can be brought in to the match at the ten-over mark of the first innings, has not been used by any team so far.

The two-over power surge, nominated fielding restrictions outside the initial power play, has worked well for some batting teams and poorly for others.

The Renegades will rest skipper Aaron Finch from their next match on Saturday against the Hobart Hurricanes but expect to have Mohammad Nabi and Noor Ahmad available.

The Melbourne Renegades are set to fly to Perth along with captain Aaron Finch despite concerns Western Australia slamming their border shut on Victoria could have impacted the Big Bash League. 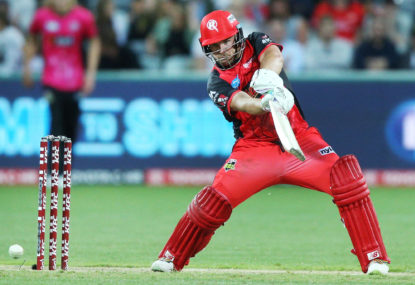 With BBL10 set to kick off in one week, there are many players who are still young in their careers and could be set for a breakthrough season in the BBL.