As a follow up to my earlier article titled “A look at the Indian team for the first Test at Adelaide”, let us look at the possible choices and strategies for the Australian team.

Batting
The Australian Test squad has been losing key players to injuries over the past few weeks. These injuries have majorly impacted the players slotted for the opening position.

First, it was David Warner during the limited-overs series. Then Will Pucovski got sidelined due to concussion suffered in the first warm-up game.

To add to the woes, Joe Burns has been in poor form leading up to the series. All this has put the top order of the batting unit in a bit of a disarray.

Marcus Harris looks like a certainty at the top of the order for the first Test. Who will go along with Harris to open the innings remains a mystery.

Usman Khawaja and Aaron Finch are other openers being talked about in the press. Shane Warne has opined that Mathew Wade should open alongside Harris.

When the great man says something, one listens. Mathew Wade is a good option. He must be in a confident mood after contributing enormously to the Australian T20 matches against India as an opener.

Even though T20 performances are not vital considerations for a Test match, such confident performances do boost a player’s morale immensely.

It is much better than playing an out of form or out of touch opening batsman. So, if I were Paine, I will listen to the master and go with Wade and Harris at the top.

Marnus Labuschagne and Steven Smith are automatic picks for the next two positions in the top order. This pair has enjoyed batting in Test matches since Ashes 2019 and have scored tons of runs.

Considering the slightly weak opening pair, Smith and Labuschagne might be at the crease early in the innings. A lot will depend on this pair to score the bulk of the runs for the Australians.

If all goes well, Travis Head and Cameron Green will be the choices for No.5 and No.6 in the batting order.

However, Moises Henriques has been called into the team as a backup, in case Cameron Green does not recover in time from the concussion. A nervous few days to go for Tim Paine.

My seven batsmen in the line-up will be Mathew Wade, Marcus Harris, Marnus Labuschagne, Steven Smith, Travis Head, Cameron Green/Moises Henriques and Tim Paine. Pat Cummins at No.8 is a useful all-rounder and will elongate the batting line up.

When Virat Kohli looks at this line-up, he will see an excellent opportunity to keep the Australians down, if his bowlers manage to solve the “Smith Puzzle”.

Marnus might have grown leaps and bounds as a batsman in Tests, but still, Australia will want their batting leader to make big runs to have the psychological impact on the Indians.

When Smith gets going, one can palpably notice that the Indian shoulders drop. They know it is déjà vu all over again. Tim Paine will want that sort of blow to the Indian psyche.

The first Test in Adelaide is expected to be a low scoring affair with 250 considered a par score in the first innings.

So, their technically best-equipped batsmen like Smith and Marnus will have to shoulder the responsibility of taking Australia to a safe score. 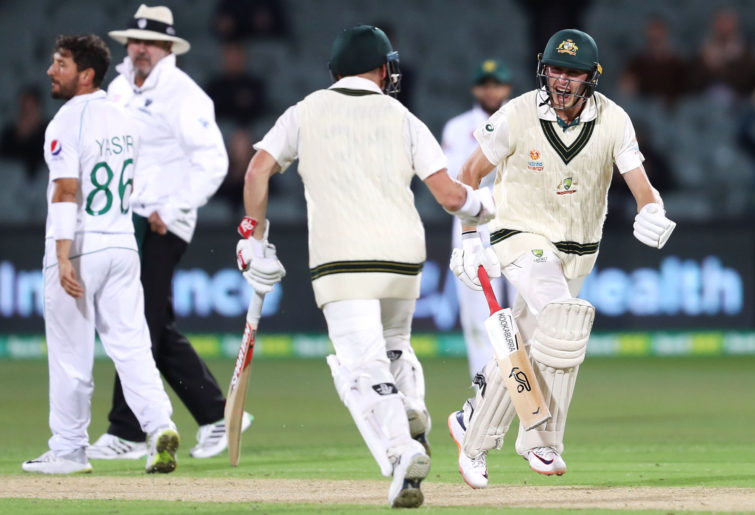 Bowling
Nothing could be more in contrast to the disarray in the Australian batting unit than the clear cut order in the bowling unit.

Pat Cummins, Josh Hazlewood, Mitchell Starc and Nathan Lyon are the reliable quartet that picks themselves.

Australians have quality back up for their bowling unit. James Pattinson, Michael Neser, Sean Abbot and Mitchell Swepson are good enough to be part of the first line-up. Tim Paine has it easy on this part of the team.

If one has to look for problems in the bowling unit, Starc’s indifferent form in the limited-overs games can be pointed out. Hazlewood and Pat Cummins have been ship shape for months and will be raring to have a go at the Indian top order.

Nathan Lyon loves the Adelaide oval, pink or red. Lyon’s statistics from the pink ball Tests are as good as his record in the red ball Tests. So, Australia has all its bases covered on the bowling side of things.

Closing punch
How well Steven Smith, Marnus Lauschagne and the bowlers go will determine Australia’s success in the first Test at Adelaide.

The Indian top-order looked in good form through the limited-overs games and the warm-up games. Tim Paine will want Hazlewood to knock-out Virat and Smith to score a big hundred in the first innings to set the tone for the rest of the series.

Indians are slow starters, and Australians are often front runners in a Test series. The first innings of the first Test are when Australia should go all out and grab the initiative in this series.