While plenty has changed in the sevens space since Rio, Cherry will join a core group of women who competed in Rio and have committed to defending their gold medals in Tokyo including Evania Pelite, Ellia Green, Chloe Dalton, Shannon Parry and Sharni Williams.

In those four years, these women have continued to excel not just in sevens but in other sports too. Pelite and Green both competed for the New Zealand Warriors in the NRL women’s premiership in 2020 and Chloe Dalton also competed for Carlton in the AFLW.

While juggling multiple sports demonstrates the athleticism and skill of these women, Cherry’s story is equally as remarkable.

Cherry made her sevens debut in 2012 in the first Women’s Sevens Series tournament. She is a founding member of the Australian women’s sevens team and has represented Australia 31 times on the world circuit. Cherry also gave birth to her first child Alice in 2019 and is now the first Australian woman to return to international rugby after giving birth. 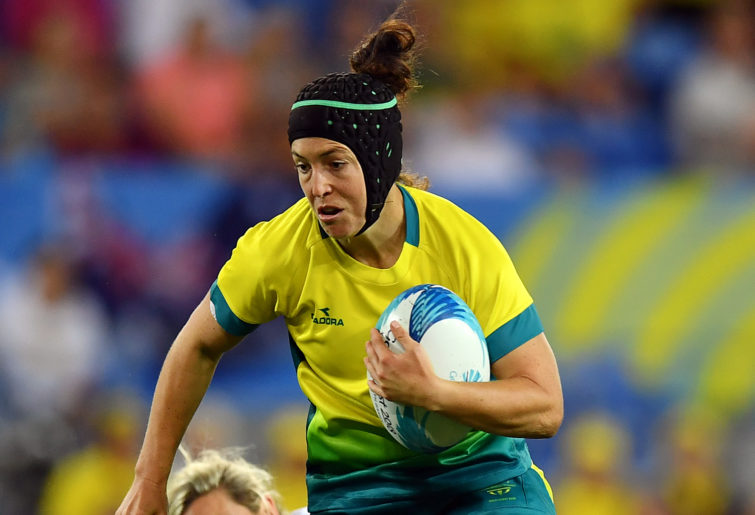 “I didn’t know whether I would return to the World Series,” said Cherry.

“I was thankful to do that earlier this year in Hamilton and then to play in front of my family and Alice in Sydney.”

While COVID has certainly been a challenge for many athletes, in a way it has worked in Cherry’s favour. Given she only returned to elite competition earlier this year, it has given her increased opportunity to prepare ahead of an Olympic campaign in 2021.

“It has also worked in our team’s favour,” said Cherry.

“I don’t think we were as prepared as we could have been ahead of the scheduled Games this year, so it has been a blessing in disguise for our team.

“We have had time to reflect on where we wanted to be and what needed improving.

“Last year we were doing the same thing we had been doing before and with less conviction than what was needed.

“But we have been working incredibly hard and being pushed to new boundaries thanks to the data that we increasingly have access to.”

Should Cherry make the Olympic squad, it will be just two years since she gave birth to Alice.

Cherry is not the only elite athlete to return to sport following the birth of a child. It is an area which is receiving increased attention from sport, with Cricket Australia announcing its parental leave policy just over a year ago.

Since the introduction of that policy, Jess Duffin has taken time away from the game to give birth. 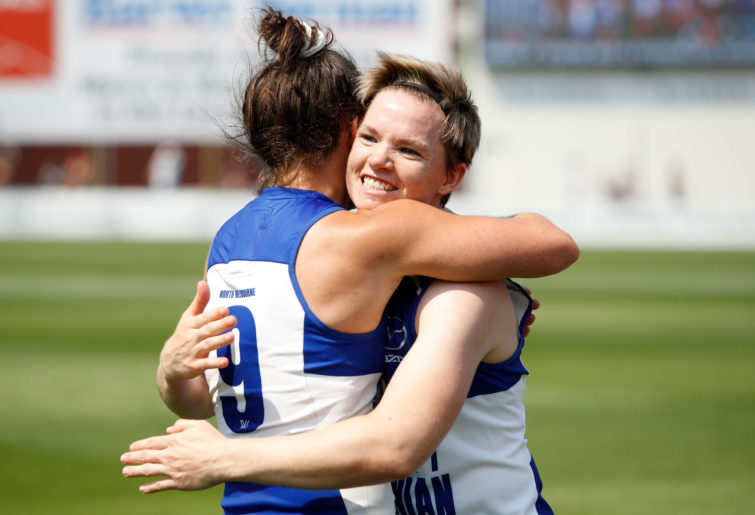 But there is still plenty of work to be done in this space, in terms of understanding the support athletes need physically when returning to elite sport.

Cherry was certainly physically challenged along the way.

“Physically, it was the little things,” said Cherry.

“You are sleep deprived and you can’t even sit up by yourself. You need help with those simple things.

“It’s a crazy world to go from playing the World Cup just 12 months before giving birth and then just 12 months later I could barely get out of bed myself.

“That core stability was huge for me and I had to work so hard to get it back so I could brace for contact and change direction.”

While that core stability is still a work in progress, Cherry says she had exceptional support through Rugby Australia.

“Rugby Australia had put together a pregnancy plan, so the security of having a job was a great thing and knowing if I didn’t want to train up to Alice’s birth, I had a job and then still had my job when I gave birth to Alice,” said Cherry.

“It’s not a normal injury. There will never be a conventional rehab plan for anyone. So having the support of the physio and the strength and conditioning staff was so important.”

“Alice has got to grow up alongside these women and as soon as she comes to training everyone wants a cuddle,” said Cherry.

“It has never been a hassle to take her to training or to bring her to a game.”

“As a team we have always placed importance on being good role models for the next generation and that is important to me too.

“We want to be known as generous, kind and approachable on and off the field.

“It makes it even more important now that I have a daughter of my own to make sure that those role models exist for her.”

Many Australians who bought tickets for the Tokyo Olympics from brokers will not get full refunds – and they may have a long wait to get any refunds at all.

After countless campaigns to get squash into the Olympics, we have failed once again.

With the Court of Arbitration reducing Shayna Jack’s ban for testing positive to Ligandrol from four to two years, commencing on the date of her provisional suspension, Sports Integrity Australia and the World Anti-Doping Agency (WADA) have indicated they will appeal the reduced ban on the basis of “the need for clarity in the application […]

Prime Minister Scott Morrison has told the International Olympic Committee (IOC) that all levels of the Australian government are firmly behind the candidacy of preferred bidder Brisbane to host the 2032 Olympics.