The Big Bash League continues to suffer fading interest levels, once again asserting the famous adage that T20 is to blame for everything.

However, fans should not be fearful – the competition can be rescued from its stuffy traditions simply by attracting new markets through the thrills and spills of Test cricket.

Put simply, the kaleidoscopic vessel of Test match cricket – with its colourless uniforms, modest crowds and glacial over rates – is the vehicle to save the more benign format of T20.

Leveraging long-form cricket is the only method to preserve the fickle millennial dollar, a market crying out for the uber-simplicity of the five day game after becoming increasingly baffled by T20’s bizarre rules and customs.

This season’s BBL has seen the concept’s startling downward trend continue, with its tenth iteration opening in a dirge of low ratings, umpire howlers and suburban cricketers.

While apologists have highlighted the unique nature of the season thus far – with bubble restrictions narrowing the sensory assault solely to generation Y in Canberra and Hobart – administrators remain at a loss as to how to save the golden goose, and what this equates to in star imports and bucket heads. 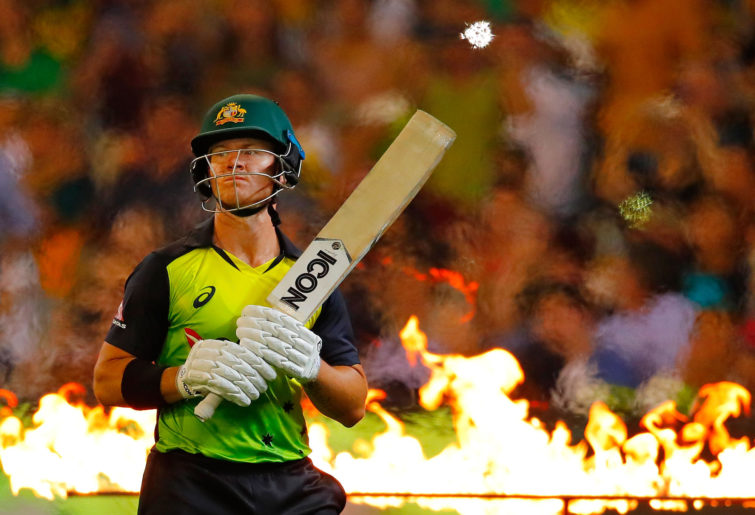 Such is the nosedive in popularity, the competition has even been overshadowed by an exciting new format, with the public now switching off in favour of practice matches where Australians injure themselves while Allan Border combusts.

It is the latest setback for a competition that enjoyed booming popularity in its infancy, with administrators somehow failing to sustain its exponential growth in to new markets even despite introducing the Bat Flip.

Once accredited as the gateway drug to lure younger viewers to Test cricket, experts believe the BBL began to be slowly dismembered by Cricket Australia when they decided to pin their hopes exclusively to panicked rule changes and Chris Lynn.

Prior to this, administrators desperately tried to stall the rot by focusing on playing the competition in school holidays, however CA’s attempts to have the vacation period extended to the entire year were ultimately unsuccessful.

Eventually the governing body gambled on a compacted schedule, with administrators hopeful a shortened competition would result in not only renewed public enthusiasm, but more room for extra pointless ODIs against India.

However this has failed to stem the bleeding, with the product now facing the ignominy of host broadcaster Channel Seven seeking legal recourse to spend its revenue on something that rates better, like Ice Road Truckers.

But while the BBL has slowly deteriorated like a forlorn run chase at 10.03pm on a Tuesday night, mercifully Test cricket remains.

As such, it has re-emerged as the pulse-racing Trojan horse to save T20 by acting as the conduit to a generation of estranged bite-sized attention spans and Snapchat filters.

Most appealing to over-fatigued millennials is that Test cricket has existed for over 200 years with no gimmicky rule changes, no fluoro shoes, and no infuriatingly-inconsistent Marcus Stoinises. Plus now it’s got names and numbers on shirts.

Better yet, Test cricket has even overtaken the 50 over game as the tailor-made choice for generation Y, with recent over rates now establishing the five day format as officially shorter than one-dayers.

Let it be known; with generation Y set to walk away from the game’s burdened and benign form, Test cricket can satiate their flighty palates with something that packs more electricity, less perplexity, but equal levels of KFC.

And if administrators rapidly get to work, there is still time to save this season. Mainly because it finishes in 2028.