Finch, who leads the Melbourne Renegades, has headed home to Victoria and will miss Saturday’s BBL clash against the Hobart Hurricanes at Blundstone Arena.

But the Renegades have a week off after playing the Hurricanes, meaning Finch will only miss one game as he has made himself available for their next match against Sydney Thunder on December 26.

The star opening batsman has been bunkered down in hubs non-stop since Australia’s tour of England in September.

Upon returning from Dubai, the 34-year-old was immediately back leading Australia in ODI and Twenty20 matches against India.

Finch played in the Renegades’ opening two BBL games, including the record 145-run smashing at the hands of the Sydney Sixers. 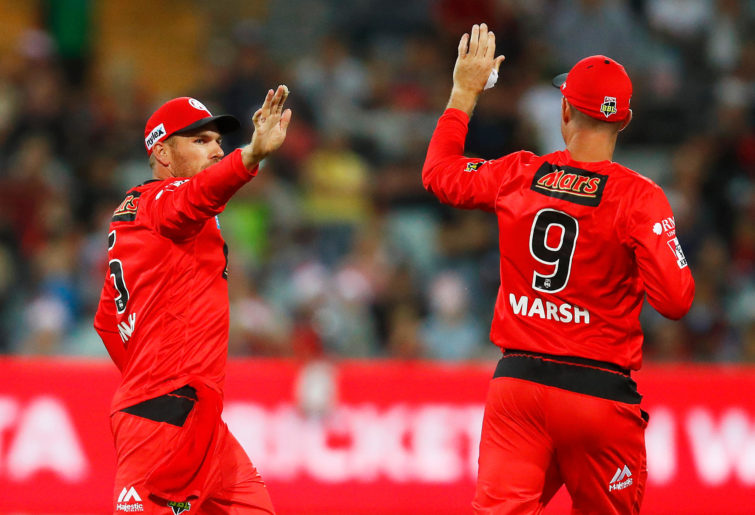 Marsh said the Renegades had moved on quickly from the horror defeat to the Sixers, with the dramatic collapse largely coming about because they tried to chase the new ten-over bonus point.

“Once we lost a few early wickets, that was certainly the plan,” Marsh said.

“Sometimes these things happen in T20 cricket. Hopefully it doesn’t happen again for us in this campaign.

“It’s a unique situation now with the new rules, you can go for those bonus points. It just didn’t work out for us.”