What is clear is that Australia is not in isolation with the financial impact of COVID. Were it not for the recent CVC investment in the UK’s Premiership Rugby it is likely that a few sides would have ceased to exist.

It has resulted in Premiership clubs reducing the size of the salary cap, meaning international talent playing in England will start to decline, with priority given to cheaper local talent. French clubs, with their rich backers, are also starting to shift from the Toulon Galacticos squads of the past to now develop the very talented young crop of French players ahead of Rugby World Cup 2023 and the Paris 2024 Olympic Games.

This is now leading to players looking at the Far East for lucrative contracts, and rather than this continuing to be a threat for Rugby Australia, this should be identified as an opportunity.

Next season plying their trade in Japan will be Australians Samu Kerevi, Sean McMahon, Michael Hooper, Liam Gill, Harry Hockings and Isaac Lucas, all of whom would be in or around the current Wallabies squad with a view towards the next World Cup. There is no doubt that having all these players available for the recent Bledisloe Cup and Tri Nations series would only have improved the talent pool.

However, as per the current selection policy, only Hooper would satisfy the ‘Giteau law’, with the others relying on the recent amendment that was only in place for 2020.

The proposition would therefore be to create a strategic partnership with the Japanese Top League. Such an action would likely require New Zealand rugby union participation, but tat this stage this is being examined through an Australian lens.

This is not a new concept, with both the Melbourne Rebels and more recently the Queensland Reds announcing partnerships with Japanese Top League teams, but more can be achieved from cooperation at a union level.

First and foremost, let’s acknowledge the faults of previous Super Rugby competitions, especially with long and expensive overseas travel and matches played in time zones that were non-complimentary to Australian and New Zealand audiences. Let’s also forget having a token Japanese team as part of any future trans-Tasman competition, such as the Sunwolves, when the current Top League is a competitive and skilful competition that should be acknowledged.

The concept would be to create a consensus where the trans-Tasman competition and Japanese seasons are aligned from a calendar perspective and as per their current formats.

Next season the Top League will run from January through to May whereas the Super Rugby and trans-Tasman competitions will run from February to June. The regular domestic seasons can then be supplemented with crossover matches featuring teams from Japan, Australia and New Zealand as part of the partnership. This could take the form of an end-of-season playoff between the trans-Tasman and Top League winners. Alternatively, we could have a knockout-style cup competition with all 26 teams played either during the domestic seasons or immediately following their completion with a maximum of five rounds.

The second suggestion could be based at a single location to counter too much travel, with a rotation between the three countries hosting the competition. It will also provide an additional asset for broadcasters to monetise and potentially the opportunity for them to acquire Top League broadcast rights, which will then have a much stronger narrative for audiences, with more interest created with competitive fixtures between Top League and Australian teams during the season.

Such a collaboration at the union level, with seasons overlapping and player releases, should allow Australians playing in Japan to be available for international selection with minimal impact compared to travel from Europe.

The positives of such a proposal will provide Australian players with the opportunity to increase their earnings playing overseas, providing financial relief to Rugby Australia with the added bonus of them still being eligible to the national team. 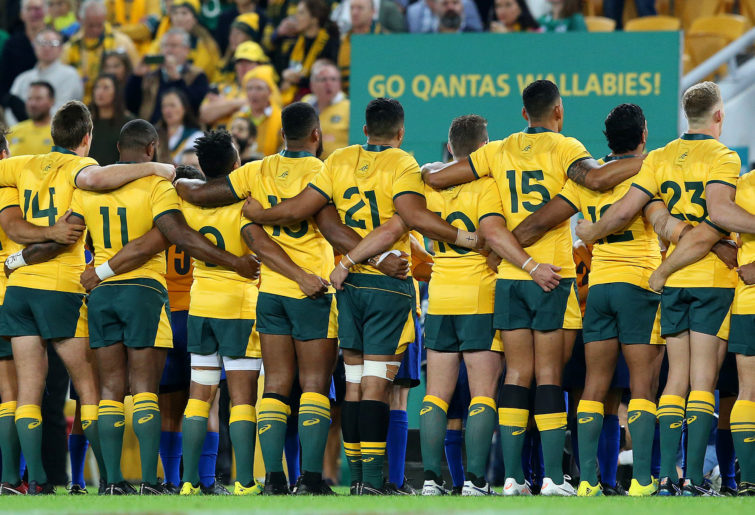 The major concern of this approach is an outpouring of Australian talent heading north. However, this can be mitigated by having an agreement on the number of Australian eligible players competing in the league or requirements that players have to meet – for example, having a minimum number of caps for their Australian team.

We have heard many times this past year how rugby union is a global game compared to our AFL and NRL cousins, so let’s embrace this, especially at a time when financially Rugby Australia need assistance. To have high player salaries off the books in the short term that can be used secure contracts for the talented crop of younger players coming through can only be a good thing. Despite Michael Hooper moving to Japan next season, the fan reaction has not been negative – instead there’s been more excitement to see how Carlo Tizzano performs for the Waratahs in the No. 7 jersey.

There are plenty of positives from such a partnership for Rugby Australia, but what benefit will the Top League see? The Top League has a great crop of players, but on a global scale the league still lacks legitimacy compared to its antipodean and European counterparts. The opportunity to play competitive matches against Australia and New Zealand teams will only help to further raise the profile of rugby in Japan.

In addition, if a player is still eligible to represent their country at international level, it will also further raise the calibre of player that could be picked up by a Top League team.

The Japan Top League is gaining in stature and it is only going to continue to grow in attracting the world’s best players, especially with European clubs tightening their purse strings. The intention of the Giteau law was to keep the best players playing in Australia with the lure of the Wallabies jersey. Unfortunately, in recent times this has not been enough, with lucrative foreign salaries being taken up in what in some cases can be a very short career and with Rugby Australia unable to financially compete.

No longer has an overseas contract been the path for players hitting the twilight of their career; we are seeing players in their peak and more recently players starting off their senior careers deciding that playing abroad is a better option financially.

While Rugby Australia finances are struggling, options should be considered to allow players to top up their earnings and allow the best team possible to represent Australia while maintaining the governing body’s element of control.

Ultimately we all want to see the best Wallabies side with best players available competing on the global stage, but in order to achieve that, we require some new thinking.