He’s got a rare combination: the ability to both inspire a desire to punch him in the face, and then to take said punch in said face.

The evidence of both was on show last Wednesday night.

While Tim Tszyu walked out last, the Sydney Superfight was billed as such due to it having co-main events: Tszyu versus Bowyn Morgan and Gallen versus Mark Hunt. 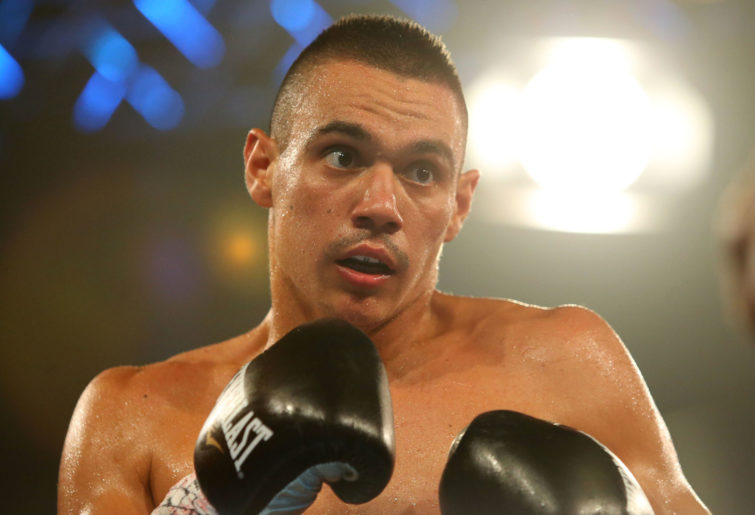 The day of the event, the Daily Telegraph reported it was “set to break the all-time Australian pay-per-view record set by Anthony Mundine and Danny Green in 2006”.

Now, take nothing away from Tszyu, who is the brightest star in Australian boxing and, God willing, will be the biggest name in the entire sport in the next few years, but his bout was co-headline for a reason.

Gal more than earned his co-headline status, because he brings in the numbers. Because people want to see him get punched in the face.

But my God, can’t the man take a punch?

The overhand right he copped from Hunt in the second shook the foundations of Bankwest Stadium.

Gal? Went wobbly at the knees, but stayed up.

Hunt gave him another whack that registered on the Richter scale in the fourth.

Gal, yet again, kept his feet.

And when it was all said and done, even thought Hunt got in the best shots of the night, there was never any question about who had won the fight – not among the punters at the pub and certainly not to the judges, who awarded the ex-Shark a unanimous victory. 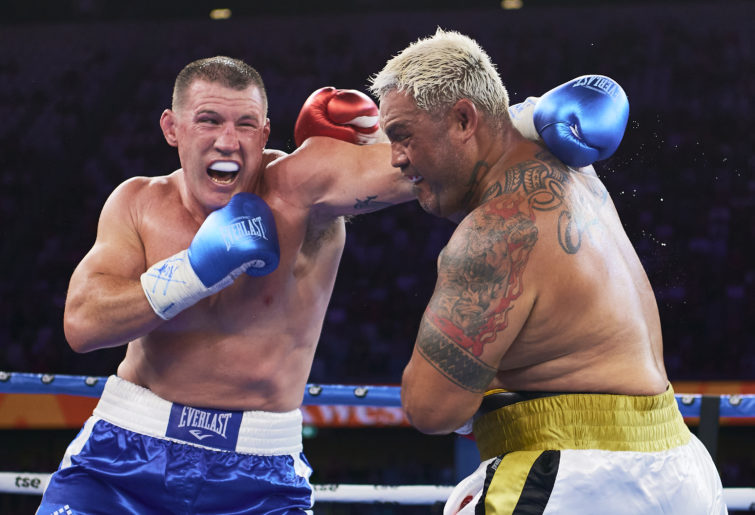 In the immediate wash-up, I waited for Hunt to do the Barry Hall thing – say that despite the bad blood in the lead-up, he actually respected his opponent and hoped they could share a beer and blah, blah, blah.

Such platitudes were not forthcoming.

It may have just been frustration with the outcome, but there was a distinct vibe that Hunt genuinely does not like Gallen – I mean, he literally tried to kick him out of the ring at the end of the sixth!

And yeah, yeah, he said nice things about Gallen on Instagram after the fight – actually, gave him a backhanded compliment, saying Gallen had earned his respect while also calling him a “part time fighter” – but that was mainly so he could shout out his own team and family.

I suspect there is genuinely no love lost on Hunt’s part. He’d probably like to punch Gal in the face. Oh wait, he actually got paid a stack of money to do just that.

Yet not even one of the heaviest hitters on the planet – with the advantage of 20 years’ experience, 25 kilos and the lion’s share of the purse – could knock the 2016 grand final winner down.

Because Gal is a human made of granite in a fashion I don’t know we’ve ever seen.

He’s sixth on the list of total NRL games in history, with 348, behind only Cameron Smith, Cooper Cronk, Darren Lockyer, Terry Lamb and Steve Menzies.

Take nothing away from any of those five legends, because they’re all tough as nails, but none of them played as hard as Gallen.

He took the first hit-up on every opportunity, often looked to get in another in the same set, then just murdered anyone who came near him in defence – often for the full 80.

But, of course, the reason Gallen played hard was because he made it so bloody hard on himself. Because his antics made his opponents very keen to punch him.

And that was just club footy – his efforts for his state were so (in)famous that he would struggle to walk down Caxton Street without someone taking a swing at him.

Of course, Nate Myles could tell his fellow banana-benders how that would work out for them.

Now, none of that equates to the man he is away from the field or boxing ring. Apparently he’s a decent human and there was a surprisingly nice moment in the aftermath of Wednesday’s fight when Gal took a moment to “give respect to Queensland”.

“There’s a guy in Queensland, Carl Webb, absolute warrior, he’s starting a foundation next year,” Gallen said from the ring.

“I’m going to donate my gloves from this fight and my shorts and hopefully raise some money for your foundation, Carl.”

It was a lovely gesture, although I do wonder who’s going to bid for that particular bit of sporting memorabilia, particularly for a Queensland-based foundation.

Maybe it’ll be someone who puts it on a scarecrow and pretends they’re punching Paul Gallen.

But if so much as a drop of Gal’s dried blood and sweat (no tears, I believe Paul Gallen is physically incapable of crying except in the arms of Andrew Ettingshausen) is transferred onto that straw-stuffed effigy, you could whack it all day long and it won’t go down.

Paul Gallen was made to be punched – the evidence is the fact it’s been happening for years and the only result is other people getting sore knuckles.