Sign me up: The five most astute signings of 2021

With the 2021 season fast approaching and prediction articles about to come in thick and fast, I thought I’d get in ahead of the trend and take a punt on who I believe will be the most astute signings of the upcoming season.

It is universally agreed that Apisai Koroisau was the buy of 2020, transforming the Panthers attack and leading them from outside the eight into the grand final. This was a huge kick in the guts to Manly fans, as he was released due to the emergence of Manase Fainu, whose legal troubles left Manly without a star dummy half. Koroisau took the unofficial gong from the more fancied preseason predictions of Valentine Holmes, Brodie Croft, Jesse Ramian and Latrell Mitchell.

For that reason my list for 2021 avoids many of the more talked-about names over the current offseason and does not mention David Fifita, Addin Fonua-Blake or Joseph Suaalii. The list also includes a development player who will be pushing for an opportunity if injury, suspension and poor form arise.

Tino Fa’asuamaleaui
Tino Fa’asuamaleaui comes to the Titans as an established premiership winner and Origin representative. All the talk has been around David Fifita, and this may work in Tino’s favour as the pressure will mostly fall on the former Broncos star. This will allow him to flourish in the middle and stake his claim as not only a Gold Coast pack leader, but also as one of the most damaging forwards in the NRL.

James Tamou
The Tigers have been busy bolstering their forward pack in 2021 with the introduction of James Tamou, Joe Ofahengaue and Stefano Utoikamau. While Utoikamanu might be the most exciting prospect, what they get with Tamou is an experienced leader, premiership winner and well-established former rep player. He not only brings a winning culture to the club, but can mentor the promising youngsters, which include the previous mentioned recruits, as well as Shawn Blore.

Jack Bird
A risky pick, but at full health, there is no doubting that Jack Bird is a superstar. A low risk play for the Dragons, too, as the Broncos are footing a large chunk of the bill. He had the world at his feet in 2017, amassing five Origin games and a premiership before the age of 23. Injuries over his three-year stint at the Broncos has seen him only take the field 17 times.

Bird will be hoping a change is as good as a holiday next year as he returns to his junior club and I don’t think anyone in the NRL community will be upset if we see Bird back to his best in 2021. 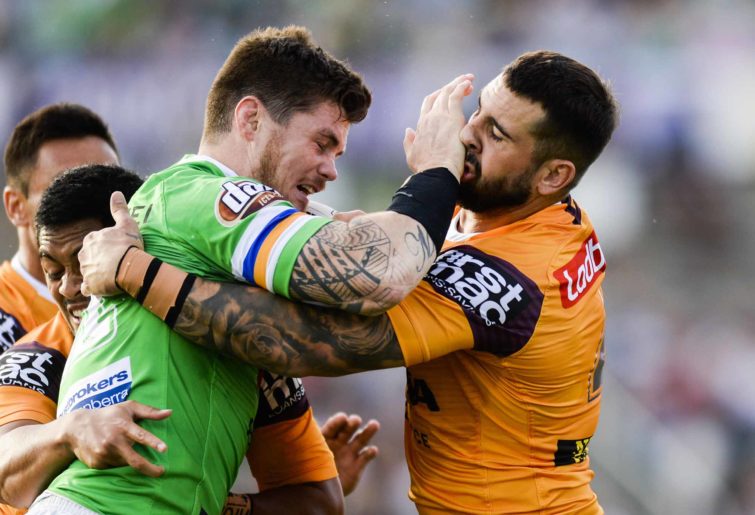 Jason Saab
While who will play number nine for at least the first half of the season is the main (rugby league) talking point coming out of the Northern Beaches, Manly have quietly strengthened another one of their weaknesses by bringing in Jason Saab and Christain Tuipulotu to add speed and size on the wing.

With Tom Trbojevic out for the majority of last season, Manly fielded the slowest outside backs in the comp by a country mile. They have moved to improve this with the addition of Saab, who clocked a speed of 34.8 kilometres per hour in Round 9 last season. Saab was finally given his long-awaited release from the Dragons where he was unhappy with the long commute. 2021 now gives him the opportunity to live up to the potential that has been spoken about for the last few seasons.

Luke Metcalf
A prediction out of left field, but Metcalf looked to have first grade written all over him when making the team of the tournament at the NRL Nines for Manly last year.

COVID restrictions and the lack of a reserve grade competition ruined his chances to push his claim, but he can still consider himself unlucky not to get a run during Manly’s injury-riddled campaign. This upcoming season should give him the opportunity to shine in the second tier, and if Cronulla face a poor year, as many have predicted, the speedy Metcalf will come into calculations for their troubled fullback spot.