With most of the preseason player merry-go-round action done, Christmas planned and 12 teams ready for action, the A-League now faces an all too familiar hurdle.

Sunday, 27 December cannot come quickly enough for most of us left devoid of entertainment over the last two months. Frankly, it has felt a little weird without A-League play during October and November, a period of the football year I have always enjoyed.

Late spring generally presents excellent and relatively mild conditions across much of the nation. It has been a time when clubs would proudly display their new foreign signings in the early rounds, and anticipation always bubbled for the first derbies of the season.

Thinking that there was finally some clean air within which to work, summer sports administrators have been enjoying a steady repatriation of fans and a slow but consistent lessening of the restrictions that had been built up through the winter months. 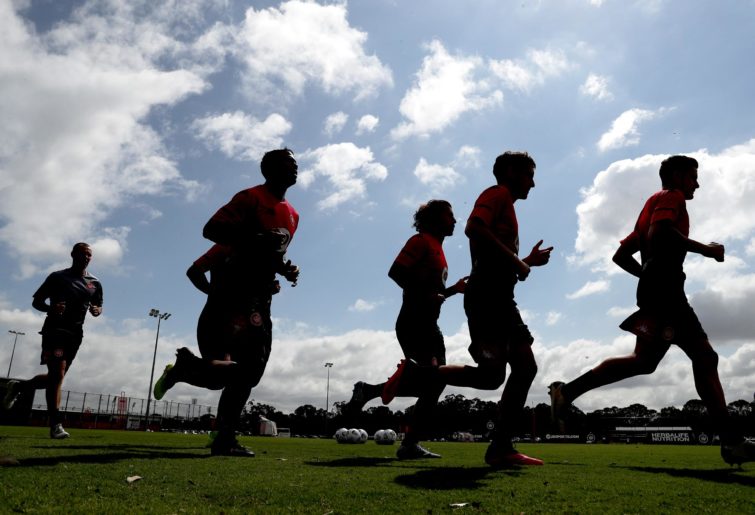 But now, at the 11th hour and after a considerable wait, newly born COVID issues in New South Wales threaten to scupper the opening kick-off.

With 50 per cent of the A-League clubs based in New South Wales for the 2020-21 season, it is now a highly problematic situation for the suits at head office and, once again, one that will change fluidly over the next few days.

One team very keen to test itself against the best A-League opposition will be the Western Sydney Wanderers, a club that recently made a number of late moves that appear to confirm them as a serious threat for the 2020-21 championship.

Much recent talk has centred around Bernie Ibini and his awkward departure from Newcastle. After time in Canada, UAE and South Korea, Ibini looked a far more polished player upon his return to the A-League earlier this year.

Now the Wanderers have snared the 28-year-old to play a pivotal role in attack surrounded by some equally talented weapons.

Scotland’s Ziggy Gordon also lands in Wanderland after an unexpected and brisk departure from the Mariners. Just two days earlier the prized signature of James Troisi was also earnt by Western Sydney and the moves appeared to complete what has potentially been the most astute and effective recruitment campaign of any A-League club.

Way back in early November the signings began with the acquisitions of promising young Aussie Anthony Lesiotis from Melbourne Victory, another Scotsman in the form of Graham Dorrans from Dundee and young Australian backup goalkeeper Daniel Margush from Perth Glory. Margush may now play a key role after the sudden departure of Daniel Lopar.

Immensely talented teenager Phillip Cancar also returns to Sydney after a developmental season in Croatia, this time on the red and black side of town.

Competition for defensive starting roles will be hot.

Dorrens, Troisi and Lesiotis will play alongside Keanu Baccus and Jordan O’Doherty in the midfield, with the promising Kosta Grozos looking to add to his seven A-League appearances last season.

Up front Western Sydney has an embarrassment of riches. Ibini will combine with Irishman Simon Cox, German Nicolai Muller, Bruce Kamau and the dangerous Kwame Yeboah.

There are goals in that group, and with a fit and firing Cox destined to be a far better version of himself this time around, Troisi’s quality service could well turn this edition of the Wanderers into a potent attacking one.

New manager Carl Robinson will face many selection headaches in determining his best 11. The depth available to the Welshman will no doubt have him grinning from ear to ear. In fact Robinson’s name should perhaps appear at the top of the list of recruits now taking up digs in Western Sydney, so impressive was he in Newcastle after inheriting what was a football basket case at the time.

At the time of writing Football Australia still believes it will have an A-League season starting on 27 December. Fans will be permitted to attend outside New South Wales should that occur, yet it is highly likely that fixtures within that state’s borders will be postponed, played behind closed doors or relocated.

When we finally do see the first ball of the season kicked, and here’s hoping it is this Sunday at Bankwest Stadium, Wanderers fans will be watching closely in expectation.

After another disappointing season in 2019-20, three campaigns without finals football and just 23 wins from its last 80 A-League matches, Western Sydney are long overdue for success.

It never comes easily, yet the squad at the disposal of Robinson is of quality, deep and experienced. As a result, the Wanderers may well have something exciting planned for 2021.