With the eight-year anniversary of his death approaching, now is the right time to reappraise the irrepressible Tony Greig.

Too often Greig’s on-field success is overlooked by his detractors, who have vilified him for his association, when England captain, with the Kerry Packer World Series Cricket (WSC). However, the same people overlook the enormous contribution that WSC made at the time and benefits reaped by every modern cricketer.

For any batsman to average over 40 batting at No. 6 is highly credible. For an all-rounder it is outstanding. Add the 141 wickets he took bowling fast medium and occasional off spin in his 58 Tests and a staggering 87 catches and his contributions are greater still. Greig’s catching ratio of 1.5 is far superior to Ian Botham and both Chappell brothers and exceeded only by Bob Simpson.

In many ways Greig was the perfect bridge between Gary Sobers’s retirement in 1973, when Greig was just settling into Test cricket, and his own banishment in 1977, when both Ian Botham and Imran Khan emerged as a genuine all-rounder contenders and successors. 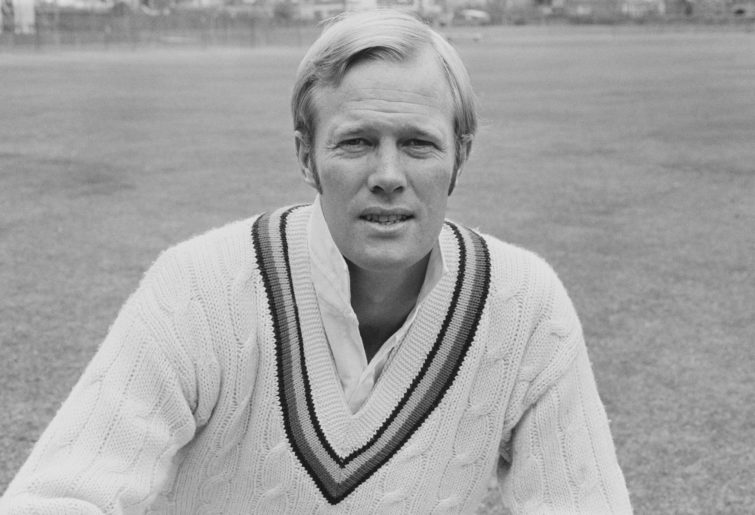 However, unlike Botham, Greig was an outstanding and inspirational captain who led England to a rare away win in India in 1977. Greig was a far better batsman than Botham (averaging 33) and while Botham took 3.75 wickets per Test, Greig at 2.43 is not far behind.

Both were pivotal figures in the team, but Greig’s 58 Tests were on the whole against much stronger teams, like the budding Australians in 1972, the Indian spin quartet on spinning pitches in 1973-73 and 1977, the West Indies emerging after Sobers with Andy Roberts, Viv Richards and Michael Holding. Of course Greig taking on Dennis Lillee and Jeff Thomson in Australia in 1974-75 has gone down in cricket folklore.

Botham was a direct beneficiary of Greig’s banishment and exclusion due to WSC. As a result, Botham’s early Tests were played against teams weakened by loss of players to WSC or the rebel tours to South Africa, which depleted Australia significantly in 1985-86.

Botham’s home record reverts to type – higher batting average, lower bowling average – whereas Greig’s away records are highly impressive in both batting and bowling. Indeed Greig’s 87 wickets in just 27 Tests at an average of under 30 abroad shows his true class and versatility. He took 15 wickets in the West Indies in 1973 bowling off spin. But Greig never came close to dominating a series as Botham did in 1981, though his contributions were important every time.

In pure cricketing terms Greig was the only true great all-rounder post-Sobers and before Imran Khan emerged. Kapil Dev and Hadlee were bowlers who batted very well much like Botham. But Greig and Imran Khan were far superior, and it is great shame – indeed shameful – that Greig is never mentioned when ‘experts’ talk of the great all-rounders. It’s like his achievements have been removed from the record books!

Greig has been vilified in England because he was central to WSC and famously sued the England Cricket Board in the courts for restraint of trade when the ECB refused to allow him to join WSC. Greig won, backed by paymasters Kerry Packer and Channel Nine. Times were different, but it looked bad without doubt. John Woodcock of The Times put the knife in by claiming that Greig was not really a (proper) Englishman.

Of course there was Douglas Jardine, another foreigner, who brought English cricket into disrepute 50 years before with bodyline tactics.

True ‘Englishmen’ were mostly Yorkshiremen. The same Englishmen who refused to tour India or Pakistan when selected, who decided when it was convenient to play for England, who abandoned the England team mid-tour by ‘retiring’ in tough conditions and going on a rebel ‘England’ tour a few days later to apartheid South Africa for money – and true Englishmen cashed in on more than one rebel tour.

Greig also cast a very long shadow on West Indians with the Alvin Kallicharran ‘run out’ and the abhorrent “make them grovel” speech. It still sounds as chilling as it did that evening when he was speaking on Sportsnight in an accent then only associated with apartheid South Africa. As Dennis Amiss said it meant the West Indies went up from 90 miles per hour to 95 miles per hour when Greig came into bat.

No wicket was more prized that summer than Greig’s. He was smart enough to realise the harm he had caused, and he grovelled on his hands and knees in front of the West Indies fans at the Oval. Nothing was cheered louder all year. It meant the West Indies players were eventually persuaded by him to sign up with WSC, although the famous commas in Michael Holding bank deposit book would have helped too.

Greig remained unforgiven with the hierarchy in England, and unfairly so. However, I doubt he ever lost any sleep over it. Many of England’s leading players signed up with WSC, and others who went on rebel tours to South Africa and were welcomed back after serving their bans. But not Greig.

No professional cricketer, from the young second-team player to Virat Kohli and Steven Smith, would be earning the sums they earn were it not for Tony Greig. Prior to WSC England players were paid £200 per Test match. A year later with sponsorship from Cornhill Insurance it was £2000 per Test. Greig’s stance opened vast opportunities for professional cricketers during their playing days and after retirement. As he frequently said, the only option before was to become an umpire.

Tony Greig did for the professional cricket what Billie Jean King did for tennis.

The innovations introduced by WSC and Greig on how cricket is presented, even from the treetops in the West Indies, are now standard practice.

Greig was much loved in Australia and around the world by cricket lovers with his gadgets and ‘player comfort’ ratings. As someone who grew up in South Africa it was understandable that he wasn’t ‘English enough’, but he never gave less than 100 per cent

The anniversary of his death on 29 December, in a horror year for humanity, is the right time to give the due credit to Greigy as a great all-rounder who sacrificed his career for the greater good from which every professional cricketer and administrator since has benefited. That is a huge legacy.