The only difference is that the roles have been reversed, with hopefully no border dash in sight.

Western United, after tense processes of engagement and negotiation with AAMI Park along with the two Melbourne clubs announced they will play almost a third of their home games (four out of 13) at Victoria’s premier rectangular ground. This solves Western United’s “stadium crisis” for the upcoming campaign, with work on the new stadium to commence in early 2021. The move has been scrutinised on social media with A-League fans expressing their distaste at the prospect of three tenants at Swan Street this season.

Yet, with local NPL suburban stadiums based in the west on the agenda, it confounds many as to why agreements couldn’t be reached to stage top-flight fixtures at these grounds.

The announcement earlier this week that Melbourne City would relocate from their academy in Bundoora to south-east Melbourne was met with rapturous applause, yet the seeming dissipation of former A-League expansion hopefuls, Team 11, indicated that they were perhaps a key stakeholder behind said move. The willingness to depart Bundoora will prove a favourable one in the years to come, as this likely prolongs City’s ability to produce quality talent from their highly-praised youth academies. 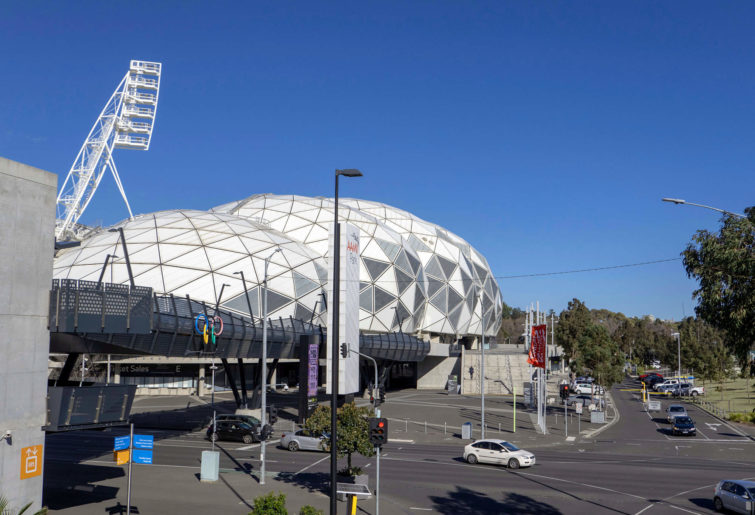 Melbourne City will still play home fixtures at AAMI Park in the near future (Photo by: Andrew Woodley/Universal Images Group via Getty Images)

Matt Windley, the influential and lauded former Herald Sun football reporter and current Team 11 project officer expressed his content on twitter, stating that ‘Team 11 was renamed to Team City. In his Tweet, Windley stated that, “Team 11 was pure. It was community driven.

“We wanted pathways, role models, to market the region, to deliver community programs and infrastructure. Above all, we want to unite the most multicultural community in Oz behind the world game. This outcome achieves all that!”

This move might end all hope of a new team to emanate from Melbourne’s south-east. However, the seeming promise of engagement with the local clubs and communities which provides a distinct pathway from juniors to seniors for the W-League side was an intriguing and exciting point made by CEO Brad Rowse, stating that, “Conversations are already happening,” speaking on a Zoom press conference last Tuesday.

Melbourne City are deemed one of the title favourites this season in the wake of last season’s devastating grand final loss, yet they will be likely unable to avenge their extra-time loss in the immediate term, as their December 30 fixture against the Sky Blues will likely be postponed in the wake of the Victorian border closure with NSW.

As for a new stadium, the $170 million stadium that was touted under Team 11’s guidance may come to fruition under the guise of the City Football Group, substantiated by the imperative need to create jobs in the wake of the devastating effects of the pandemic. This is a necessary step that must be taken in the eyes of many Melbourne football fans, as the prospect of a second purpose-built football stadium in Australia’s second-most populous city would be holistically welcomed by all facets of the footballing public.

One would hope that a distinct geographical divide may be established, mirroring the geographical situation in Sydney with all three clubs manufacturing rivalries based on territory, a deep-seated and enduring distaste for each other as evidenced by the often fiery Sydney derbies. 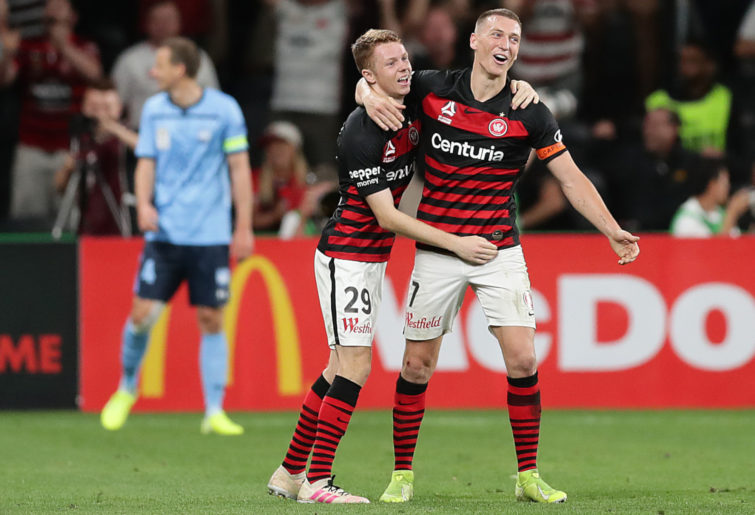 Melbourne Victory, according to reports from The Age’s Michael Lynch, will happily not have to face another two weeks of hotel quarantine in Melbourne following their initial two weeks in Sydney as the borders are now closed, which avoids a postponement of Victory’s fixture against the Brisbane Roar on January 2.

Victory also announced former Stoke City defender Ryan Shotton as their final signing for the upcoming season, capping off a successful off-season of recruitment in light of the deleterious circumstances surrounding the now-slashed salary cap of reportedly just over $2 million.

In vast contrast to the highly-criticised Fox Sports A-League launch held in Darling Harbour, the Melbourne launch for the A-League season involved Ferraris, helicopters and plenty of Allesandro Diamanti, who stated his elation at driving the exquisite car to the helicopter. It was a well co-ordinated and well-attended launch by all reports as the mainstream media outlets were present – a positive sign in itself.

With the December 27 start date looming, no sign of A-League advertisement occupies Melbourne’s suburbs and CBD.

With a fascinating season on paper, will the fans be engaged to witness this spectacle?