After Australia’s stunning first Test win in Adelaide, we assess the key topics ahead of the most famous day on the cricketing calendar.

1. How many changes will India make?
We know there will be two at the very least, with Virat Kohli and Mohammed Shami out for the series. But in theory, they could make as many as five.

Debutant-in-waiting Shubman Gill would appear the man most likely to replace Kohli. A 21-year-old with an abundance of talent, Gill has all the shots and will be in the Indian setup (in all formats) for years to come. Shami’s replacement will likely be either Mohammed Siraj or Navdeep Saini, with Siraj a frontrunner at this stage.

Beyond those changes, struggling opener Prithvi Shaw is also a significant chance of being replaced. Shaw not only has a glitch in his current technique, as Ricky Ponting expertly predicted just prior to his first innings dismissal in Adelaide. He was also simply late on the ball — never a good sign with this Aussie pace attack. KL Rahul, then, would have to be a big chance to replace him, accommodated via a batting order reshuffle.

Ravindra Jadeja looks to have overcome a hamstring injury and, if available, is a huge chance. Backs to the wall, Jadeja is a player stand-in skipper Ajinkya Rahane would love in his XI. And finally, the selectors will be strongly considering bring back Rishabh Pant for Wriddhiman Saha, who was poor in Adelaide. 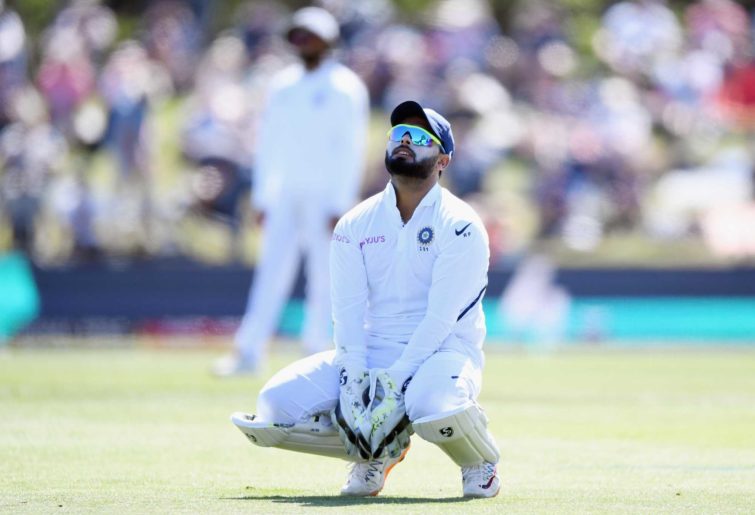 2. Who will avoid the impending axe?
David Warner’s recovery from a groin injury is tracking well, but not quite good enough to prove his fitness for Boxing Day. A long break before the third Test, however, means he will almost certainly be good to go for that encounter starting on January 7.

Which means someone will inevitably have to make way. The man most likely is interim opener Matthew Wade. Given Cameron Green will likely be given several Tests to find his way (and play an important fifth bowler’s role on potentially flatter wickets), Wade’s former spot at six is gone for the moment, and it leaves his position in the XI in jeopardy when Warner returns.

But a big knock from the left-hander could stave off being dropped, and put pressure straight back onto Joe Burns and even Travis Head. None of the three are safe, and each needs to perform to push their case.

3. Will Steve Smith continue MCG love affair?
It’s now seven Test matches without a ton for Steve Smith. Most wouldn’t consider that a drought, but the man himself almost certainly would. Since making his first Test century in 2013, Smith has never gone this long without reaching triple-figures.

While his 1 off 29 balls in Adelaide wasn’t pretty, It’s easy to forget that less than a month ago Smith peeled off back-to-back hundreds, each off 62 balls, against India in the ODIs. A hungry Smith is not a sight opposition bowlers relish, and there’s little doubt that India still see him as Australia’s number one threat.

4. Can pitch deliver on promise?
The maligned centre wicket at the MCG showed improvements last summer in the Test against New Zealand. It was better — certainly compared with the turgid, lifeless decks served up the two previous seasons — but still not great, despite the ICC’s generous rating.

For this year, curator Matt Page said they were looking to deliver a wicket that featured three key characteristics, all of which were on show in Adelaide. “We’ve been vocal about our aim for the MCG pitches to have something in them for both bat and ball,” he said. “We’re on a journey to ensure consistency in our pitches and have been concentrating on pace, bounce and lateral movement.”

5. Will this pace trio become the best ever?
If we didn’t already know it, the first Test in Adelaide put into sharp focus just how good the Aussie pace trio of Pat Cummins, Josh Hazlewood and Mitchell Starc really are. Their combined 17 scalps took their total wickets tally (in the 16 Tests they’ve played together) to 215.

To put that into context, Australia’s vaunted attack of Glenn McGrath, Brett Lee and Jason Gillespie took 243 in 22 Tests. The most ever is New Zealand’s current trio of Neil Wagner, Trent Boult and Tim Southee, who have already notched 478 wickets in 35 Tests.

Should Cummins, Hazlewood and Starc — 27, 29 and 30 years old respectively — stay mostly injury-free, there’s every chance they could finish their careers as the greatest ever.