Week one of A-league play took some time to get going. However, it eventually did and some pleasing football was played.

An F3 derby, the champions in action and a debut home match for Macarthur FC make this an upcoming group of matches to savour.

Good luck with your selections this week and be sure to enter them in the sheet below to have a say as the ever important voice of the crowd.

The Mariners need to break their losing habit at some point in time and they’ll never have a better chance than in their traditional New Year’s Eve clash with the Jets. It’s hard to know how either of these sides will perform straight out of the gates, but this is the time for the hosts to send an early message.

The Phoenix might be playing in the unfamiliar surrounds of WIN Stadium in Wollongong, but they’re unlikely to let their new digs faze them. Ufuk Talay will be keen to get one over his good mate Steve Corica and get off to a positive start in the process, but the Sky Blues should dig in for at least a point here.

Victory feel a bit like the forgotten team of the A-League. The jury is out on whether Grant Brebner is the right man for the coaching role, and he’ll hope his imports find their form quickly. Brisbane Roar created a mountain of chances but couldn’t finish any against City last time out. This should finish all square.

Are Macarthur actually any good? We’ll soon find out. Plenty of clubs in the A-League find good reasons to fire up and the newcomers from Sydney’s south-west will want to mark their first official home game with a win. The Mariners are likely to give a decent account of themselves but may come unstuck here. 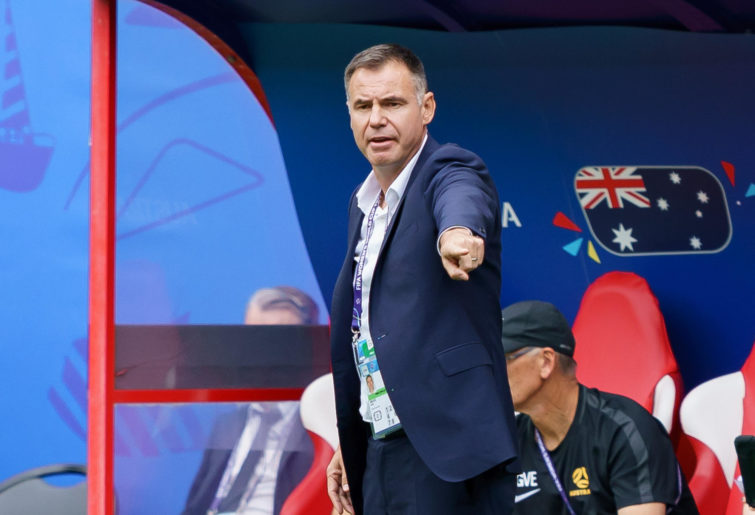 The Reds might be a bit of a dark horse with Tomi Juric in attack, but Melbourne City should draw plenty of confidence from last season’s grand final appearance.

It’s hard to know what to make of either of these sides going into a new campaign, but you’d have to expect the visitors to win this on paper.

The hosts have numerous new and exciting signings, yet few will be ready for this one and the Jets have had a tumultuous lead up to the new season. All I see here is an enthusiastic Mariners team toppling a disheartened Jets.

The Phoenix and Sky Blues make their first A-League appearances in what should be an interesting clash. Wellington have the firepower to hurt Sydney and common opinion appears to be concerned about the boys in blue’s ability to score without the golden boot of Adam le Fondre.

My head tells me this could be a low scoring draw, yet I’ll go with Sydney to edge out Ufuk Talay’s men by a single goal.

After a solid hit out against Melbourne City on Tuesday, the Roar face the team everyone seems to be labelling as big improvers, Melbourne Victory.

Brisbane looked good mid-week, despite failing to find the net yet again and the new combinations at Victory may take some time to gel. Despite that, I’ll back a home team win and another scoreless outing for the visitors.

Macarthur FC and Central Coast back up on short turn arounds this Sunday. After an impressive debut by the new boys and an extra days rest, logic suggests they may have the Mariners’ measure in Campbelltown.

The final match of the round pits the Reds against Melbourne City. Neither team would have lost any respect from fans after their opening efforts, despite both matches potentially going either way.

As soon as the men in front of goal start finding their range Adelaide loom as a dangerous attacking unit and City have the depth to win a championship. City for me in what could be the match of the week.

Central Coast will be looking for returning club legend Oliver Bozanic to get the team firing in the F3 derby. Newcastle, with players disappearing faster than the tomato sauce at a barbie on New Year’s Eve, will be hoping striker Roy O’Donovan is on target. Central Coast might just get up here.

Double, double, toil and trouble, Wellington Phoenix are back in the bubble. Or should we call them the Wollongong Phoenix? A feature of their opening game against Sydney FC will be seeing WIN Stadium as an A-League ground.

A potential dress rehearsal for a future expansion club perhaps? Wellington are a well coached outfit, but it’s hard to tip against the reigning premiers.

The biggest question for the Sky Blues is where will the goals come from in the absence of Adam Le Fondre? Sydney 2-1.

All appeared doom and gloom for Melbourne Victory after last year’s disastrous tenth place finish but a surprising Asian Champions League performance will have given the club a lift. Marco Rojas will be expected to contribute to Victory’s creative output this season and it’s a responsibility that should suit a player of his experience.

Brisbane had a strong first half but tailed off in the second against Melbourne City. Scott McDonalds’ spray at his winger before scuffing an easy chance a few minutes later said it all for their performance. Plenty of spirit but a lack of finishing. Victory to win.

Macarthur’s first home game should be a great occasion but with Covid restrictions it’s hard to know how the day will turn out. I think it will take some time for the new club to get up to speed and Central Coast Mariners might get the win.

Adelaide played well in their first hit out against Western United. Tomi Juric got more involved as the game went on and should prove an excellent acquisition. He’s a perfect foil for some of the Reds’ speedy youngsters.

Okay, stick with me everyone, the only way is up. Three games that could have gone either way returned a fat doughnut for the first round of tipping. Now don’t think I’ve totally lost it with my first tip for Round 2…

A battle of two clubs in turmoil, the clubs no one wants, the black sheep of the family, Central Coast will cast aside all their troubles and give Newcastle a right old New Year’s Eve bashing.

It’s going to be a thumping, somewhat out of the blue and Alen Stajcic will set tongues wagging with his inspirational tactics. Matt Simon to score twice.

Sydney FC will have all their excuses lined up for the trip to Wollongong, but they’ll still get the job done with a slender victory, with Barbarouses back to his inspirational best in attack.

A partisan crowd will roar the away side to the win after enduring a torrid first 60 minutes, where Andrew Redmayne will keep his side in it with a string of quality saves.

Brisbane Roar will put aside their disappointment from the defeat to Melbourne City to put on a show in the first half against a slow starting Victory. Going in at half time behind, a stirring second half from Victory will see a Marco Rojas brace inspire a fightback to claim all three points.

Macarthur’s fabulous showing in round 1 will be no flash in the pan, whereas Mariners will revert to type and struggle against the sheer quality of the home team. With cow bells ringing around Campbelltown Stadium and a vocal crowd, this will be a home debut to remember. A four-goal win for the home side.

Adelaide looked good enough for the point in their first outing, and they will excite the home faithful at Hindmarsh Stadium.

Once again though, Griffiths and Good will be solid and City will eke out a win by the single goal to make it a perfect start to the season.