When Tasmania finally joins the AFL and AFLW as the 19th club, Canberra should join as the 20th.

Imagine it. A packed-out Manuka Oval. Thousands of fans screaming as Canberra kicks after the siren to defeat the Tasmania Devils. A truly national competition at home in the national capital.

The capital makes sense for a club. Greater Canberra has double the population of Hobart and is fast approaching 500,000 people. The Australian Capital Territory has the highest median income in the country and a large cohort of public servants with free weekends.

With a secondary home in the Aussie rules hotbed of the Riverina-Murray, playing annual games in Albury and Wagga, the club would have a market of 750,000 potential fans.

Canberra deserves the next AFL and AFLW teams after Tasmania.

GWS has been amazing for Aussie Rules in Canberra, but as their fan bases continues to grow in Western Sydney, we'll be ready for our own team.

Aussie rules has been played in Canberra since the city’s founding, with the fertile grounds along the Molonglo River bearing such greats as Alex Jesaulenko, James Hird and Phil Davis.

But Canberra’s Aussie rules pedigree dates back even further, with our great game’s founder – Tom Wills – born on the Molonglo Plain, the area that would become Canberra. Without Wills, the sport would not exist in its current form. Aussie rules owes its very existence to the region.

There is enough room for three major winter codes. Canberrans have proved it through their support of the city’s adopted part-time club – the GWS Giants – who have complemented the winter sporting landscape alongside the Raiders in the NRL and Brumbies in Super Rugby.

The Giants’ men’s average attendance has competed well against a resurgent Raiders, and even surpassed the Brumbies’ average crowds. 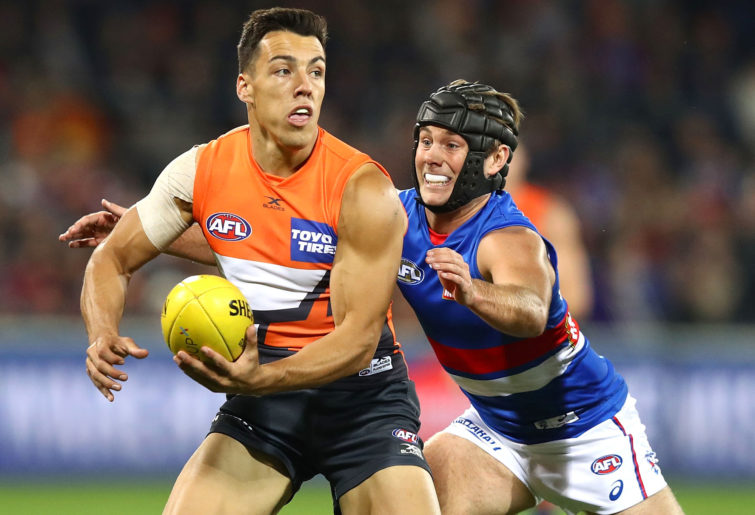 These metrics will only go up with the attention and support that a full-time club brings.

Canberra has an impressive Aussie rules pedigree. In 2003, that pedigree led to the Sydney Swans’ reserves opting to play in AFL Canberra’s first grade. The capital offered a higher standard of competition than their local Sydney competition could offer.

The Swans played against Canberra’s best for eight seasons before joining Canberra’s five teams in the creation of the NEAFL. The only other city with five teams competing in the NEAFL was Brisbane – a city five times more populous.

In 2017, AFL CEO Gillon McLachlan said he wanted Aussie rules to be the “dominant code in this [Canberra] market”.

The code is healthy, but it can’t be expected to be reach McLachlan’s lofty hopes without a permanent team in the city. From their base at Sydney Olympic Park, GWS just can’t compete with the Raiders and Brumbies for airtime, column inches, and hearts and minds.

The Giants’ partnership with Canberra has definitely been a positive step. The capital has been vying for entry into the national competition for nearly four decades, and GWS’ prolonged support has allowed Canberrans to get behind a single club.

The Giants have been good for Canberra, but it was never meant to be permanent. Their part-time status is obvious. The Giants are ours, but only kind of. And they’re treated that way by both the public and the media.

Eventually, GWS will pull out of Canberra to focus more on Sydney. Eight home games will not be enough for their growing Western Sydney base.

As the Giants plan their exit from the capital, Canberra should be planning its entry into the AFL and AFLW. It’s time for the national capital to be represented in the national competition.