Happy New Year one and all. Here’s to a great 2021 on the punt and with everything else.

After a profitable 2020, the clock now restarts and the pressure mounts again. I’ll start the year focusing on the Kensington (Randwick) meeting using the standard ten units.

Race 3 – 1 Skymax (two units)
I am kicking off in the distance race with the top weight Skymax. He dominated in the midweeks last start and rates well. Harpo Marx rates okay and is going for three on the trot.

Race 5 – 7 Soldier of Love (one unit)
It is a pretty even bunch here. I am happy to nibble on Soldier of Love at a price. The trip and slow surface are both ticks, and he’s right down in weight.

Race 6 – 9 Nuclear Summit (one unit)
It is speculation time. Nuclear Summit gets right down in weight with Cejay Graham’s claim. He’s no superstar but this could be the right race. Aim is the worry. He’s been gelded coming into this and might be a big improver fresh.

Race 7 – De Grawin (two units)
I’m a big fan of this boy. De Grawin won me a bucket load with his win in August and rates well into this. He’s won a trial and 1000 metres is his trip. I’m keen. The one to watch might be Remlaps Gem, who coincidentally has the exact same record as my guy (3-1-1 from five starts).

Race 8 – Wairere Falls (one unit)
Another tip for Cejay. Team Waller has Wairere Falls well placed. He’s had excuses in his latest runs and with even luck is a big show. I had Orcein and Donandkim the ones for multiples.

Race 9 – Tiny (two units)
There’s a tip around for Tiny and I’m with them. She didn’t beat much last start but did it well enough to suggest she’s going places. Get on. Quinton and Hibiscus Lady should go in any quaddie. The man is a master trainer.

To round off to ten units, I’ll have Athiri in Brisbane too.

Good luck everyone. Enjoy the big day of racing and stay safe.

We have two meetings to focus on this Thursday, with an afternoon card at Redcliffe and Penrith under lights. 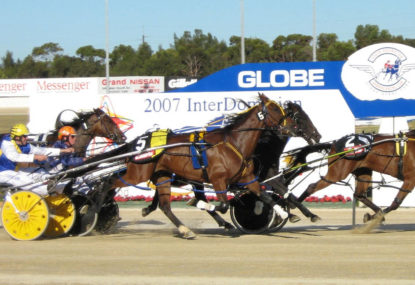