Weeks earlier Justin Westoff played his last AFL game and questions were raised about the sustainability of Port’s table-topping form given the number of players above the age of 30 in 2021.

It is a conversation that usually comes at the end of a club’s premiership window years, yet this Port list is just entering its window and the experienced players are as much in the running for 2021 success as the two teams who played off in the grand final. 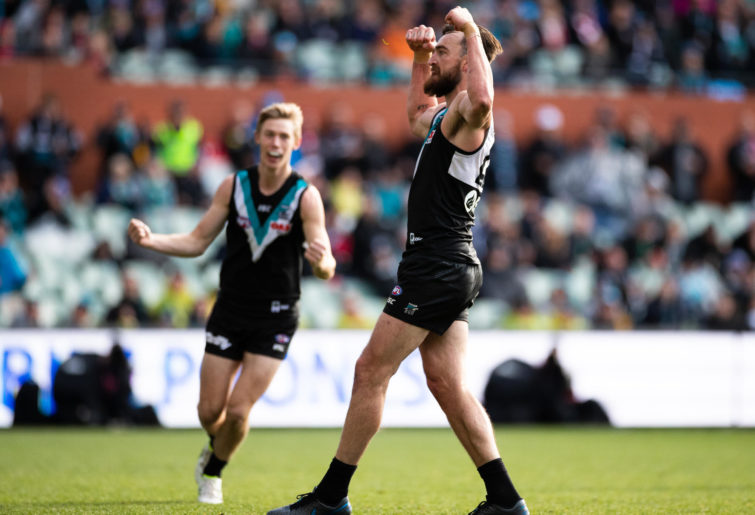 The Power identified a couple of areas where they needed immediate help on the ground, namely an intercepting key defender and goal-sneak small forward.

Port took until the second last day of the trade period to secure Aliir Aliir, who they landed in exchange for a future second-round draft pick, while the club’s unsuccessful trade target of 2019 – Bomber Orazio Fantasia – ended up going back to SA with pick 73 for pick 29 and a future third-rounder.

The trouble with giving up their early second-rounder and their future second and third-rounders, as well as giving up their first-rounder at last year’s draft, was the lack of draft capital the club had remaining to match bids on their father-sons in order to still be able to stay in the draft.

Three retirements and half a dozen delistings had yielded zero in terms of draft picks, so the list management team were operating in severe deficit for this year’s draft as well as 2021.

Therefore, when the Pies put a bid on next generation academy product Lachie Jones at pick 16, Port were still able to match and keep a live pick available toward the back of the draft, but when no bid came for father-son prospect Taj Schofield in the 40s, Port opted to use pick 49 on Ollie Lord from the Sandringham Dragons.

This allowed Port to claim the son of premiership player Jarrad Schofield as a rookie, although they shocked observers by naming Tyson Goldsack with their first pick in the rookie draft.

Aliir brings a competitive flair to the Power back line that was missing when Westhoff could no longer produce his best footy, which perhaps Jack Watts had previously been earmarked to cover.

Fantasia can be part of the answer to Port’s goal-kicking question, with fans hoping to see the 2017 version of the electrifying small forward – when he kicked 39.22 with 18 goal assists in 20 games – rather than the listless player who kicked a sole goal from only five games in an injury-riddled 2020 season. 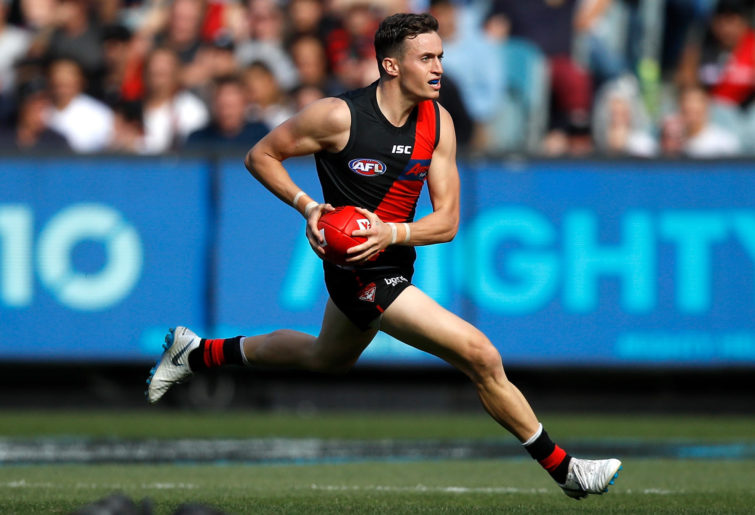 Jones capped off a brilliant SANFL season by winning the flag with Woodville-West Torrens and the solid defender should come straight into the best 22 such is his trajectory in 2020.

Lord is a developing tall forward who hasn’t stopped growing, but with an eye to the future and some rigorous lessons in the SANFL system, he has the potential to grow into the number one forward spot once the big Queenslander hangs up his boots.

Schofield was the seventh player drafted from Woodville-West Torrens, although unlike most of the others, he didn’t feature in the senior premiership as he is very small and needs to add some size to play senior footy.

Goldsack is a waste of a pick at this point in his career unless he is being used as a playing coach for the SANFL team to get the defence playing with the same structures so that the next player up is inculcated into the game plan. But if he is playing AFL, then Port Adelaide’s season would not be going to plan.

This recruitment period has been a recharge for the Power, with some ready-to-play additions and development pieces for the future, while the 2021 draft picks will include one early pick and three late picks thanks to micro trades that mean top-rated father-son Jase Burgoyne will join the club in similar circumstances to this year’s draft.

Port have been proactive in the past two post-seasons in putting together a group of young players ready to join the old guard in making a tilt at the flag. This year they had club-tied players and will again have control of their draft destiny in 2021.