The decision was made by Football Australia and Australian Professional Leagues after Lee had made ‘clear failings’ by not investing any money into the club for more than a year.

A consortium of current investors have been granted a temporary licence to allow the Jets to continue in the A-League and W-League competitions while the search continues for a new owner.

All players and staff will be offered new contacts under the new entity, with Shane Mattiske appointed executive chairman.

FA chief executive James Johnson said Chinese businessman Lee had been given every opportunity to rectify the club’s financial situation and continue as the owner and operator of the licence or to sell the club to another investor.

However, after failing to meet deadlines to pay the club’s debts, Johnson said there was no other option but to strip the licence.

Lee had bought the Jets in 2016 but is understood to have not paid money to the club since October 2019. 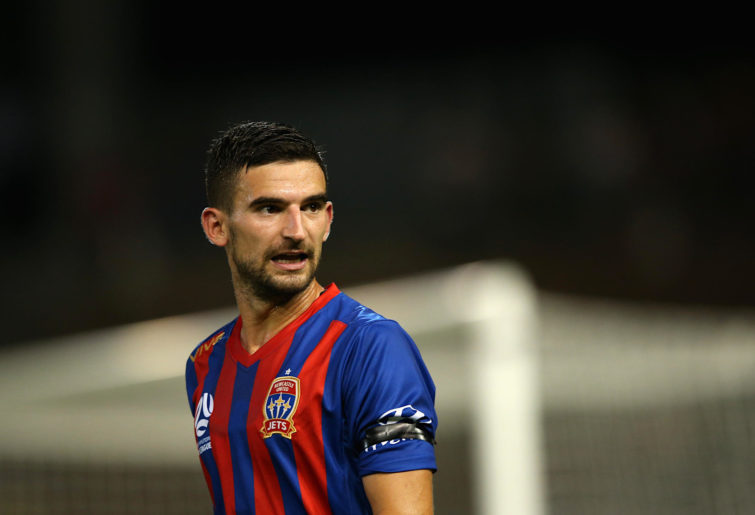 “There were clear failings to adequately capitalise Newcastle Jets FC to meet the minimum requirements set to run an A-League and Westfield W-League club, and to operate a company in accordance with Australian law,” Johnson said.

“Following the recent announcement of the unbundling of the Professional Leagues from Football Australia, it’s pleasing to see a group of existing APL club investors stepping in to assume control of Newcastle Jets FC in the interim.

“It is important for Football Australia to remain separate to the ownership of the clubs so that it can effectively carry out its responsibilities as the governing body of football in Australia and regulator of the Professional Leagues.

“The Newcastle and northern NSW region is a heartland of Australian football – an area with a strong participation base combined with a rich history of producing some Australia’s finest footballers, including dozens of Socceroos and Westfield Matildas.

“We are pleased that so soon into the unbundling process, the APL has managed to secure an interim arrangement to ensure the ongoing viability of the Jets.

“Football Australia will support the APL throughout the process with the aim of identifying new investment and new energy for Newcastle Jets FC and football in the region.”

It comes following a 1-0 loss to Central Coast in the A-League season opener on Thursday night, with the Jets preparing to play Western Sydney on Friday.

“The news today is a big boost for the players and for the rest of the club,” said Jets captain Nigel Boogaard.

“While the players have remained focused on performing, the ownership discussions have been a distraction and I’m glad that we can all now look forward to this Friday’s game and beyond, knowing that the club is now on a strong footing.”