A subsequent rift appears to have emerged between lead commentator Brenton Speed and analyst Mark Bosnich, with the latter keen to clearly establish his position as the self-proclaimed ‘expert’ during live calls.

The two were at it again over the weekend, sparring during the Wellington Phoenix vs Sydney FC clash in Wollongong and Macarthur FC’s inaugural home match against the Mariners.

Their initial dispute in mid-2020 and the obvious frostiness that seeps through the screen into lounge rooms raises questions of credibility. Is Bosnich unfairly puffing out his ex-goalkeeper’s chest and disrespecting the views of the man alongside him in the box; citing his own playing experience as the reason?

Aspiring football journalist Jack George and I take different views on the situation and mount our cases below; with Bosnich’s credibility as an analyst put up against his obvious and considerable ego.

Jack George
Mark Bosnich has proven himself to be a decent analyst in his years at Fox Sports. His pre-game, half-time and post-game analysis are mostly enjoyable and accurate.

However, before Simon Hill departed, Bosnich was rarely given a commentary role. Now, the former Socceroo goalkeeper has found himself in the box regularly and his ego has expanded as a result.

I’m not quite sure what Bosnich really meant when he appeared to claim football superiority over Brenton Speed and Adam Peacock towards the end of the 2019/20 season, but I’ve narrowed it down to two possibilities.

Bosnich may have been referring to the trio’s football pedigree. He is the only one of the three with experience on the field at the top level.

He is also one of the most celebrated goalkeepers in Australian history, having played 208 games in the Premier League, winning two English League Cup titles and a Premier League crown along the way.

However, as a goalkeeper, Bosnich didn’t have to be as tactically inclined as other players in his team. Let’s face it, a keeper spends their life working on skills completely foreign to those honed by players who actually possess, pass and distribute the ball.

A striker focuses on a run that could best help the team, a midfielder on positioning themselves for a turnover of possession, whereas Bosnich dealt mainly with the angles he had to cover to stop possible shots. While goalkeeping is an art in itself, it doesn’t require a high level of tactical skill with the ball.

And while Brenton Speed isn’t the best football commentator on the planet, he certainly has the edge on Bosnich behind the microphone, with the latter only really starting his commentating career in the weeks after the recommencement of the COVID interrupted A-League season.

Mark Bosnich has the potential to become a good commentator, however, his months’ worth of experience in the art, and an immense ego, do not make him an ‘expert’.

Stuart Thomas
If over 200 matches in the top flight of English football does not give a player the right to call themselves an expert, I don’t know what does.

Such numbers are still rare for any Australian player, yet Mark Bosnich not only spent the 1990s carving out an impressive reputation in the old dart, he also played 17 times for the Socceroos. The rough and tumble kid from south west of Sydney forged a goalkeeping career to match the best of any other Aussie abroad.

Initially with Manchester United, Bosnich enjoyed his peak when in the claret and blue of Aston Villa from 1992-99, before returning to Old Trafford and also playing briefly at Stamford Bridge. 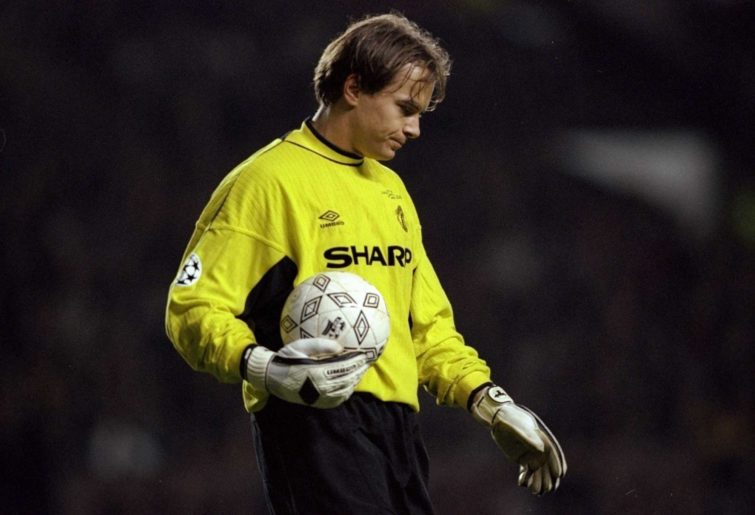 After some personal issues and a little fling with A-League football in 2008, Bosnich resettled in Australia, destined to become a key part of the Fox Sports A-League commentary team.

Few internationally experienced Australians have the pedigree, personality, nor the infectious laugh of the 48-year-old. His move into the media was logical and has proven to be an asset for the domestic game.

Always candid, Bosnich speaks from the heart, clumsily at times, yet determined in his attempts to convey the inner workings of the game to the Australian viewer. He may not be everyone’s cup of tea, yet football cred is football cred and when Brenton Speed took on ‘Bozza’ live on air in 2020, there was destined to only be one winner.

With discussions around a contentious penalty forming the crux of the debate, Bosnich and Speed were both adamant in their opposing opinions. When Bosnich confidently announced his view that Speed was merely a commentator and that he was “the expert” voice in the commentary box, the tension was palpable.

The altercation came about soon after Simon Hill had been jettisoned by Fox and Bosnich had stepped into the commentary box on a consistent basis for the first time.

For a while now rumours have circled around the credibility of Speed in football commentary; rumours not denied when I have probed other members of the team for their opinions on his efforts.

Speed has lately been referring to shots quickly taken on the turn from the edge of the box as “snap shots”, a clear AFL crossover and his more extravagant style of commentary does not sit well with many traditionalists.

He can call a decent game of football, AFL, rugby league or whatever else to which he turns his hand, yet that may indeed be the fuel behind Bosnich’s attack.

When it comes to the sphere, Mark Bosnich’s career, knowledge and experience far outweighs that of the media professional sitting alongside him. Hence, it might be best for Brenton Speed to pipe down, let Bosnich’s ego’s run free and let the expert be the expert that he is.