Yet dark horses are exactly what they are after their win against the Sydney Thunder on Monday night.

After seven games, Brisbane sit sixth on the ladder – just one point behind the Adelaide Strikers, who occupy fifth place and the final spot in the BBL finals.

This may not seem threatening but upon taking a closer look at the Heat’s season, there is no reason why they cannot challenge for the BBL10 title.

Looking at the four losses that the Heat have recorded this season, only the one game has been an all-round poor performance – which was their opener against the Melbourne Stars

Brisbane then followed this up with a four-wicket loss to the Sydney Thunder, with thanks largely to Daniel Sams, coming up clutch with 65* from 25 deliveries.

This was a game that the Heat looked like they were going to win and should have won, had it not been for Sams hitting four maximums in the 19th over of the game. 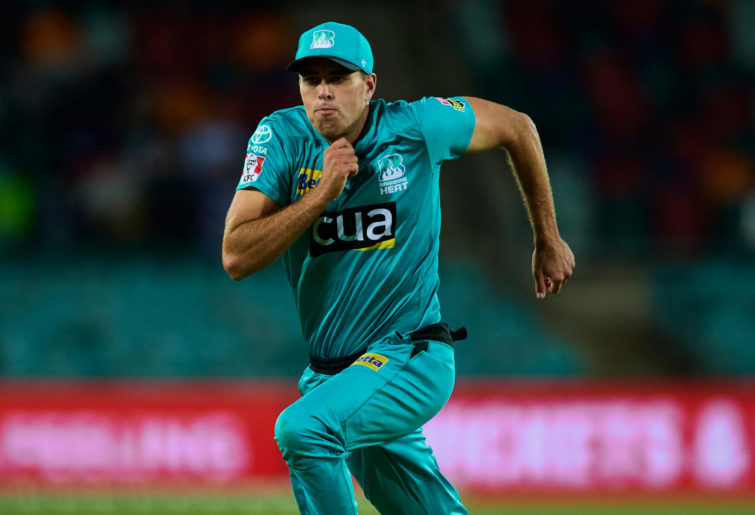 Meanwhile, Brisbane’s only two home losses have been by margins of 2 runs and 1 run.

The Heat’s squad has since been bolstered by the returns of Chris Lynn and Joe Burns to the top of the order, as well as English International Joe Denly joining the Brisbane outfit for the remainder of the season. The trio lit up the Gabba as they helped chase down the Thunder’s total of 174 with five balls to spare.

However, it’s not the batting that is most impressive for the Heat.

Aside from Ben Laughlin’s disaster class with the ball in the first fixture between the Heat and the Thunder, Brisbane have been one of the best bowling line-ups in the competition.

In their last five games, Brisbane have restricted their opponents to 157.4 runs on average per game. What is most impressive about this stat is that Brisbane have been without two key bowlers this entire campaign.

Mitch Swepson has been unavailable due to being selected in the Australian Test Squad, and South African Legend Morne Morkel is still recovering from injury.

In the meantime, pace bowler Mark Steketee and Afghani spinner Mujeeb UR Rahman have had their opponents on the ropes with 23 wickets between them.

The Gabba faithful were treated to arguably the best bowling performances of BBL10 when Mujeeb took 5/15 off his four overs. Along with his 11 wickets to date, Mujeeb has also been one of the most economical bowlers in the league with an economy rate of 6.2.

Jack Wildermuth has been one of the most underrated players in this competition with 7 wickets with an economy rate of 6 an over. He has also proven himself to be a key middle order batsman and helped Brisbane to their win over the Sydney Sixers with 22* from ten deliveries.

I could keep going on about the depth of talent the Heat has in their line-up, but you get the idea.

Heading into the second half of the season, there is no reason why the Heat cannot make the finals. Brisbane will play the two teams below them on the ladder twice and can take confidence knowing that they have beaten the top three sides on the ladder so far in BBL10.

Should Brisbane stay injury-free for the remainder of the season, I believe there is a good chance we could see Darren Lehmann’s men lifting the BBL trophy come end of season.