The third Test between Australia and India sits in the balance after two days, but it could have been oh-so different if not for another middle-order collapse, triggered by another shocking shot from former keeper Matthew Wade.

Australia were just rebuilding back to a position of strength at 3-232 before Wade’s wicket, where he charged down the track to Ravindra Jadeja, got hopelessly off balance and out of position and proceeded to sky the ball to mid-on for a simple catch to be taken by Jasprit Bumrah.

The hosts lost three for 23 and six for 83 before a last-wicket partnership of 23 between Josh Hazlewood and Steve Smith got them to a total of 338, which, for what its worth, could still prove to be well below par.

With three days of 98 overs left to play and not a great deal more rain forecast, there is still every chance of this Test reaching a result too, so it’s likely Australia’s middle-order collapse on Friday could come back to haunt them before this one is all said and done.

But back to Wade. 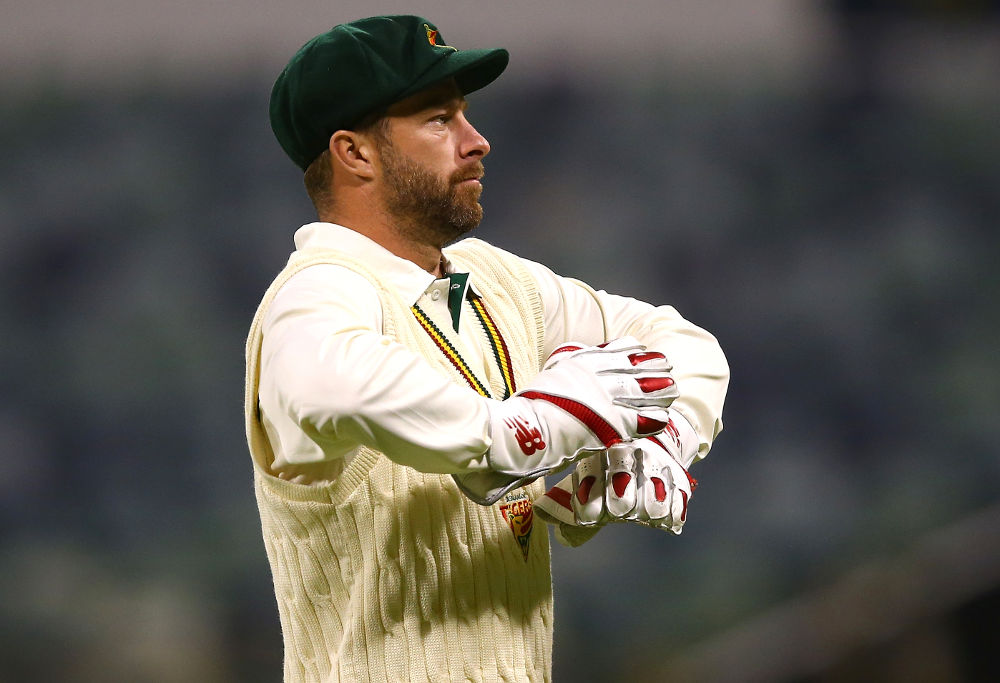 He was, as mentioned, just getting into his innings, rebuilding away with former skipper Steve Smith, who went on to make a classy 131 before being run out on a direct hit by Jadeja, who continues to go from strength to strength in all aspects of his game across all formats.

But with Wade on 13 and already riding his luck on numerous sweep shots into short leg Hanuma Vihari, he came charging down the track to a ball that wasn’t there to hit. It didn’t stop Wade from going through with it, and right there was the embodiment of what not to do when you’re in the position the Aussies were in yesterday.

Instead of adjusting his shot and playing a solid defensive stroke or just padding it away, he continued with the shot that was never on and paid the price with his wicket.

Unfortunately for Wade, it’s a trend that is becoming all too regular in the whites against the red ball, with stars followed by a lapse of concentration and with poor shots littering his summer thus far and, frankly, much of his Test career.

While Australia will be grateful for the role he took in moving to the top of the order during the first two Tests – and, to be fair, he did a better job than the actual opener alongside him and maybe better than could have been expected – but it wasn’t enough, and all of his innings have finished with poor shots rather than bowlers working him over.

It’d be fair to say Jasprit Bumrah worked him over in Adelaide with no intent being shown by either Wade or opening partner Joe Burns, but the shot he played in the first innings of the Boxing Day Test was just as woeful as he looked to take Ravichandran Ashwin on across the line only to get another top edge in a similar fashion to yesterday’s dismissal.

The other two dismissals have both been LBW, with Wade almost trying to force the pace, moving across his stumps and finding space in the leg side.

While Wade’s positive intent has been a staple of Australia’s limited-overs sides and would pass muster most of the time at No. 7, it doesn’t when you’ve reinvented yourself as a batsman.

Worse than that are the positions he has got himself out in: 1-16 in Adelaide, 2-35, 4-98 in Melbourne and now yesterday’s shoddy dismissal right when Australia needed to be pushing for a par score.

At 33 years of age the selection of Wade is becoming tougher and tougher to justify. Some will point to his Test average of 31, which is an unfair reflection given how much time he has spent as a keeper batting with the tail.

But on closer inspection he is averaging only 33 since his recall to the Test team, including 29 against New Zealand last summer and 33 in the away Ashes. As a top-six batsman, that isn’t close to good enough.

Some will also point to the calibre of replacements available, and as Cameron Green struggles to adapt to Test cricket – apart from a gutsy second dig in Melbourne – there may be a point there, but the story of Travis Head presents a curious case. 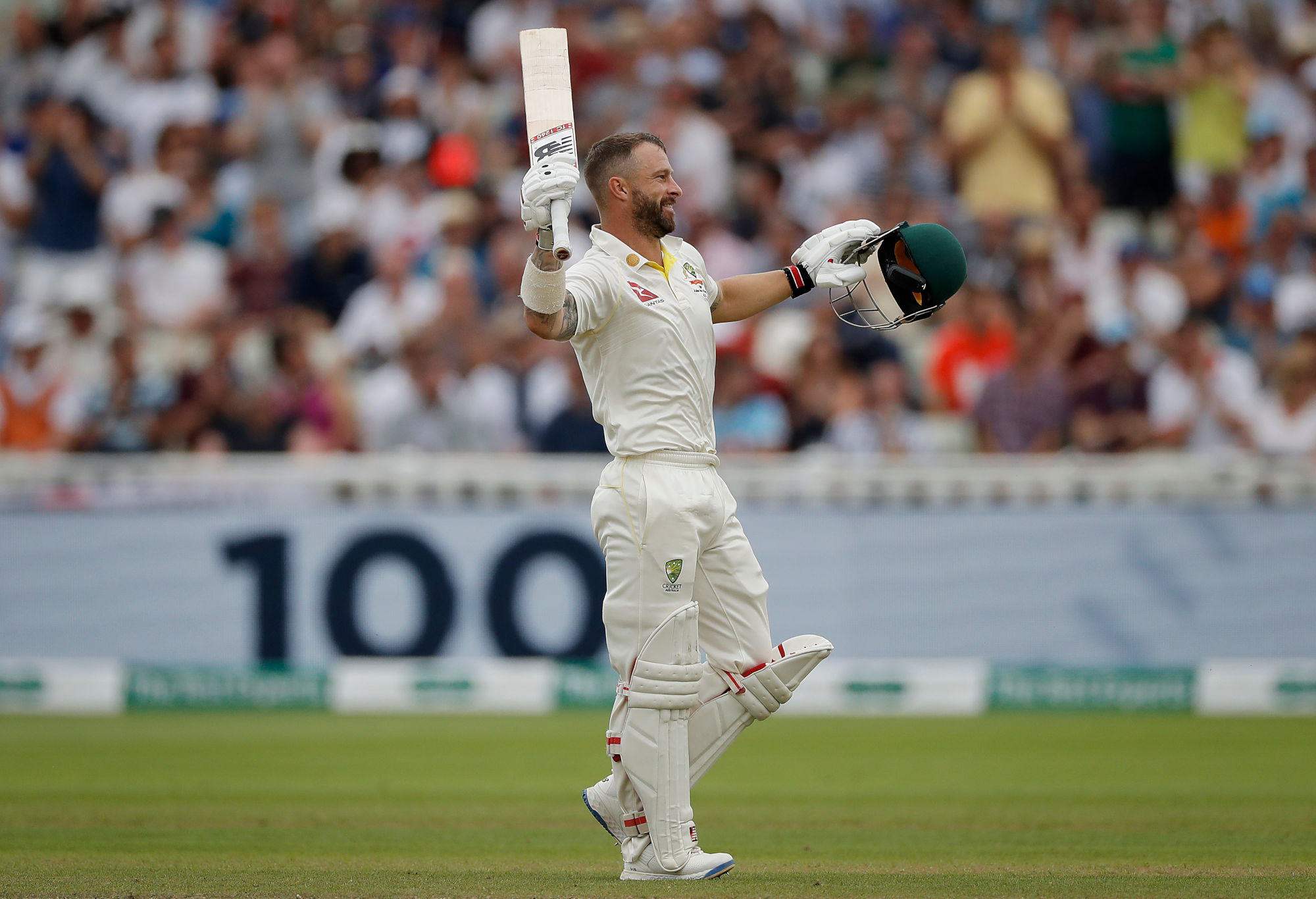 Head was dropped for the Sydney Test for many of the same reasons we’re now talking about Wade.

Whether it’s playing dumb shots, not having the temperament to bat for long periods of time, not being able to play the game situation or losing concentration at crucial junctions, the excuses used to drop Head could easily be written under a different heading for Wade.

The difference between the two is that in his 19 Tests Head averages almost 40. It’s a world above Wade, and while his scores this summer were miserable against a strong Indian bowling attack, he already has two centuries and seven 50s from his 31 Test innings.

Sure, he has a tendency to throw things away, but when compared to Wade he is superior in every statistic, including age, with Head being only 27 and coming into the prime years of his career when run output for the national team should only improve.

With Will Pucovski seemingly likely to be locked in at the top of the order following his splendid half-century on debut, the middle order is an open race, with Green no certainty of locking up his spot in the long term.

Wade may get one more Test, and I don’t claim to have all the answers given Head’s run of form, but if the South Australian is going to be excused from the team for those reasons, it’s high time the selectors start to apply the same blowtorch to a 33-year-old who, while not going anywhere against the white ball, might be facing numbered days in the Test team.

For now, though, the bowlers will resume the fight today, and getting an early wicket will be pivotal after they were met with an Ajinkya Rahane and Cheteshwar Pujara stonewalling last night.

You just have to sit back and wonder how different this Test would be if Wade hadn’t played that shot and didn’t get himself out right when his country needed him to stick around.