Will Pucovski and Cameron Green are the two most promising players to join Australia’s Test batting line-up since David Warner debuted nine years ago.

Now they must be given a long rope by the selectors.

Australian media and fans are so accustomed to a merry-go-round batting line-up that most new players have barely creased their baggy green before debates begin about their place in the side.

We want success and we want it now. There’s no time to wait for batsmen to adapt to the highest level. Just ditch them for the next bloke.

Yet many of Australia’s greatest batsmen of the modern era took significant time to develop at Test level.

Test records after a dozen matches:

If even these legends took a while to bloom in Tests, it stands to reason any new batsmen should be given a reasonable number of matches to try to find their groove.

There are two more reasons to be patient with Pucovski and Green. Firstly, they are not journeymen domestic cricketers, but rather prodigiously gifted players who’ve dominated Shield cricket at a very young age. Such rare talents must be nurtured.

Secondly, both Pucovski and Green have been handed especially difficult roles. Opening the batting is the toughest spot in the order, while batting all-rounders famously take a long time to develop.

Even Ben Stokes, the world’s best Test all-rounder, had a very slow start to his career. After 20 Tests, Stokes averaged just 27 with the bat and 40 with the ball.

Yet England, aware of his uncommon raw ability, stood by him and from his 21st Test onwards Stokes has been a superstar, averaging 42 with the bat and 27 with the ball.

Green may never become a good Test all-rounder, let alone a player the calibre of Stokes. But he’s shown enough in his 24 first-class matches to strongly suggest he has the kind of all-round talent we rarely witness in world cricket.

Now that he’s been picked for Australia, Green must be given sufficient opportunities to grow into this role. Expecting a 21-year-old all-rounder to excel in their first Test series or be axed is pure folly.

Green wasn’t a speculative pick, an unproven domestic player shoehorned into the Test team based on a gut feel about an “x-factor”. He was the best performing batsman in the Sheffield Shield. 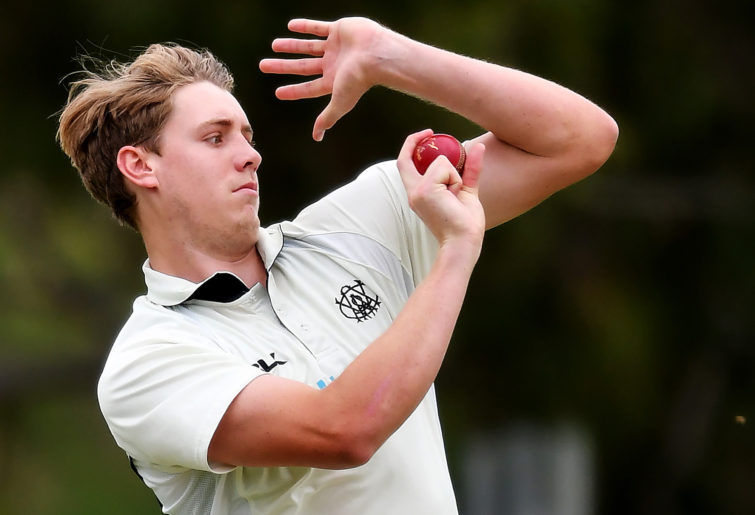 Green was then outstanding against India in the tour matches, taking 3-42 and making 125* against a strong attack featuring four Test bowlers – Ravichandran Ashwin, Umesh Yadav, Mohammed Siraj and Kuldeep Yadav.

Not only is he is the kind of player every Test team covets – a genuine all-rounder – but Green forced his way into the Australian side with incredible performances.

The young West Australian clearly has not found his feet yet in Tests. With the ball he’s been frugal but bowled too wide. With the bat he’s been overly cautious. The plus side of his batting efforts is that he’s shown patience, a tight defence and a willingness to shelve his ego and graft for runs.

Once he balances those positive attributes with more expansive strokeplay – which will come once he trusts his attacking instincts – then we will get a clearer picture of Green’s suitability for Test cricket. He may need to be sent back to the Shield at some point to hone his game. But that shouldn’t happen before he’s given a decent run in the Test XI.

The same goes for Pucovski. Both men should remain in Australia’s starting line-up not just for the fourth Test of this current series, but for the opening match of Australia’s next series, in South Africa next month, should it go ahead.

Pucovski and Green are widely considered the two most gifted young red-ball players in Australia. So why drop either of them prematurely just to select…who exactly?

Moises Henriques is in the Australian Test squad, seemingly as the back-up all-rounder to Green. The New South Welshman is about to turn 34 years old, has a first-class batting average of 36, and has rarely bowled in the Shield in recent seasons. Where’s the upside? It would make much more sense to give Green a good run at Test cricket than to go back to Henriques.

It is a similar story with Pucovski. There’s no opener outside of this current Australian XI who’s a more attractive option. The likes of Marcus Harris and Cameron Bancroft were tried and failed. Joe Burns has a reasonable Test resume but is in a deep form trough. Usman Khawaja has a fantastic record as a Test opener, but is 34 years old and has averaged 29 over the last two Sheffield Shield seasons.

When assessing Pucovski, it must be remembered that not only is he new to Test cricket but he’s new to opening. Including this current Test, Pucovski has only played seven first-class innings as an opener. On this limited evidence, he appears to have the talent, temperament, technique and shot range to succeed in this role.

Now he just needs the time. So, too, does Green. Both players represent wise investments in the future of the Australian Test team.