Can we at least try to get the World Club Challenge on this year?

There are 24 people I want the Australian government to provide border exemptions and right of entry to. The first is my brother, separated from his long-term girlfriend and love of his life (#loveisnottourism).

The others are the players and limited staff members of St Helens RFC, so that they may take part in the 2021 World Club Challenge.

I know that border security is a very sensitive topic, and a disease-ridden foreigner like me has no right to tell you what to do.

The epidemiological situation on the Northern Beaches demonstrates the precariousness of a strategy to suppress, so any undue risk would want to be minimised.

With thousands of citizens unable to return home, the idea of sportsmen making a temporary sojourn and filling up space that could’ve gone to stranded Aussies (or their partners, hint hint) may seem a bit on the nose, especially for a one-off game that most fans in Australia treat as a pre-season irrelevancy.

But with careful planning, joint-up thinking and buy-in from all parties, I do believe such a scenario could be mutually beneficial for all, and more to the point, safe.

There are already calls for elite athletes to be given the vaccine in the UK, and while the jury is still out on whether or not they prevent transmission, it seems incredibly likely that they at least reduce viral spread.

But with or without jabs, players could be incentivised to bubble two weeks prior to departure (currently no requirement to do so), and take two tests days before their flight. 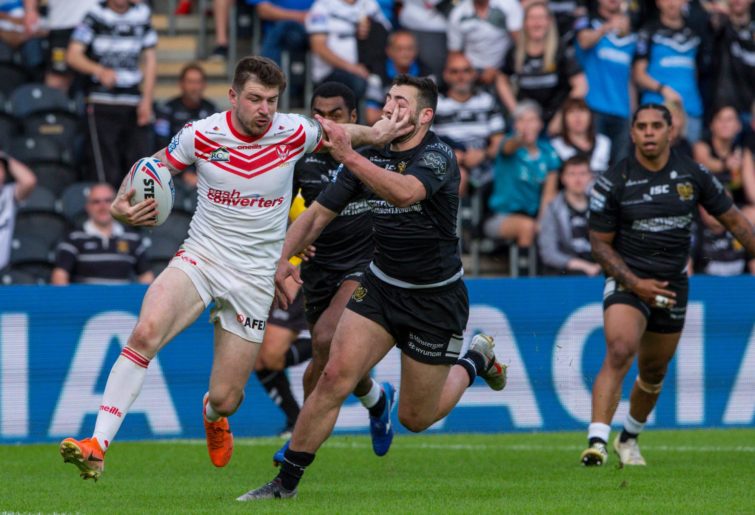 Such biosecurity would allow for looser quarantine upon arrival, allowing for group training – subject to daily testing.

Whilst filling up a transcontinental flight with 19 rugby league players and a few coaches may seem offensive to the many unable to return, it is important to note that this would only proceed if such a scheme would create extra quarantine and flight space.

Victoria is only beginning to expand its quarantine facilities – the proceeds and incentives of accommodating elite athletes could create more quarantine space (especially if some of the establishment costs are paid by St Helens for their matchday profit).

With that, there would be space for extra arrivals into Australia, benefitting those wanting to return home in the long run.

From a purely sporting point of view, although most Aussies may write it off, please just indulge our fantasises.

We Brits know the NRL is far superior, and know you treat this fixture with undisguised indifference. But just as South American football sides cherish their games against UEFA Champions League winners, or global footballing giants can inject some life into the game in touring destinations, this is a stand-out fixture for the UK rugby league community.

We’re not asking you to disrupt the NRL, the meat-and-drink. It would involve no travelling for the Melbourne Storm, who could either treat it as a pre-season warm-up or, if it takes place later in the season (during a bye round) could use it to give some squad players a run-out.

Of course, this is all pie in the sky stuff. Even in normal times NRL sides are reticent about trans-hemispheric travel. But we’ve put a man on the moon, surely it isn’t beyond the realms of possibility to safely transport a few rugby players across the seas.

I’m not saying through caution to the wind and open it all up. If Covid isn’t endemic like it is in the UK, then of course it makes sense for Australia to minimise its presence. But be it soon or later in the season, I feel it’s worth at least exploring the possibility of staging this match.

No one thought that Peter V’landys could get the NRL restarted by the 28th of May, and yet it commendably transpired with barely a hiccup.

Eventually it comes down, like everything in life, to a cost-benefit analysis. Is the minuscule chance of a few manageable issues worth scuppering the chance of global glory for the Melbourne Storm, another trophy lift in front of tens of thousands of fans, generating money and lifting the spirits of people on both sides of the globe?

I know most of will think, “probably,” and that is your prerogative. I’m not here to force anything undesirable. But what a shame it would be to miss out on what could be the closest World Club Challenge in years.