Usually played at the start of February, the NRL Nines was my favourite weekend of the summer, as it was the most exciting sporting event of the off-season.

The competition began in 2014, when the NRL signed a five-year deal with Auckland’s Eden Park to host the fixtures.

The deal expired in 2018 and in 2020 the NRL signed a deal for Perth to host the weekend, but the details of the contract were not made public – although we have a fairly good idea as the tournament will not be taking place at all in 2021.

The games were played over a two-day period, under rules that are not established in the regular competition, such as nine-minute halves and a maximum of nine players on the field. This made for fun match, as teams did not have to deal with many players, and could swing the ball around.

Another great rule saw tries scored in the bonus-zone – between the posts – worth five points, which had a real impact, especially towards the end of games. Also, after a try was scored, the team who conceded the points received the kick-off, making it more of an even scoring game.

There were five tackles per set, rather than six, and there were pools of four teams that played each other once, with the top two proceeding to the finals.

I loved these rules, as they brought excitement and entertainment to our screens.

The Nines was not on free-to-air TV, which was a let down, as it is such a great tournament but not by all rugby league lovers could watch it. If an FTA channel was able to get a contract done with the NRL, the competition would explode.

One of the highlights of this pre-season tournament was that it was usually won by young teams that do not generally do well in the regular season, such as the North Queensland Cowboys taking out the title in 2020 – the same team that finished third last in the actualy season.

I love seeing the young, inexperienced teams do well in the Nines as you can see signs of what’s to come. 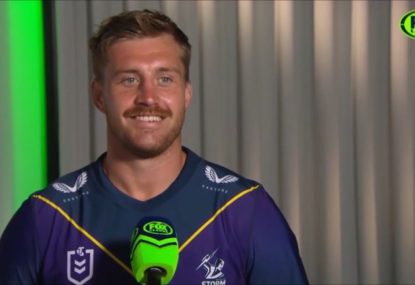