Frank first arrived on these shores in 1969 to coach St George Budapest in the New South Wales State League.

In his autobiography, Sheilas, Wogs and Poofters, Johnny Warren credits Arok with introducing a new level of professionalism to the sport in Australia, from player discipline, to training and coaching techniques, to expectations of the role of players outside of their on-field exertions.

As probably the most influential and important figure in Australian football, Warren’s opinion counts for an enormous amount, and he said this of Frank:

Arok coached St George for three seasons, taking the club from second-last place to champions, and returned to his native Yugoslavia in 1972, satisfied that he had achieved what he’d been asked. However, he returned for a second spell in 1981.

In the intervening years, the football landscape had changed dramatically. The Socceroos had qualified for the World Cup finals for the first time and football became the first sport in Australia to establish a national club competition.

Second time around, Frank was here to stay. He took the Saints from the NSW State League to the National Soccer League (NSL) title in just three seasons, their 1983 NSL championship decided in the last ever first-past-the-post format on a frantic final day when four clubs could have snatched top spot.

This was also a pivotal year in Frank’s coaching career. With Socceroos coach Les Scheinflug also overseeing the Young Socceroos, a scheduling clash meant the World Youth Cup finals in Mexico were played at the same time as a three-match series between Australia and England’s senior sides. Frank was asked to lead Australia in the series against the English, with games from Sydney, Brisbane and Melbourne.

The brief from the Australian Soccer Federation board was to avoid the embarrassment of three thrashings. “Try to keep it below 6-0,” was one comment. Arok’s response was one that would come to define him: “I will get you two draws,” he said to the board, who thought he was mad.

History shows he did indeed get those two draws and that was enough to convince the federation to give Frank the job on a permanent basis. It was a job he combined with his club coaching duties and a job he threw his heart and soul into.

Frank took the Socceroos to the brink of World Cup qualification in 1985, losing a two-legged play-off to Scotland 2-0 on aggregate. The nature of the man was defined by his plan for the Scots after the Socceroos lost the first game at the iconic Hampden Park, Glasgow on a freezing November night in front of 100,000 fans. He lobbied furiously for the return leg to be played in Darwin with a 3pm kick-off, convinced the Scots would “melt” and his charges would run all over them.

ASF officials instead scheduled the home tie on a cool Melbourne evening on the carpet-like surface of Olympic Park. The Socceroos played all over their opponents (themselves being led by future Manchester United coaching legend Alex Ferguson), but the 0-0 draw was not enough for them to qualify.

1988 was perhaps the most memorable year in Frank’s Socceroo coaching career. Two unthinkable results stand out – the first being the Bicentennial Gold Cup tournament match against reigning world champions, Argentina.

Needing an unlikely victory to qualify for a finals meeting with Brazil, Australia thrashed Argentina 4-1. If Charlie Yankos’s stunning first-half free-kick had the Aussies’ coach gesticulating wildly at the scoreboard replay, Vlado Bozinovski’s back-post header for the fourth goal had him dancing a delighted jig while his assistant Eddie Thomson simply smiled at the madness of it all. Frank was never one to hide his feelings.

Later that year, Frank took the national team to the Olympic Games in Seoul. The Olympic football tournament was still ‘open’ in 1988 – the Under-23 rule would come in four years later – and Australia drew Yugoslavia in the first game, Frank’s country of birth and one of Europe’s best footballing nations at the time. 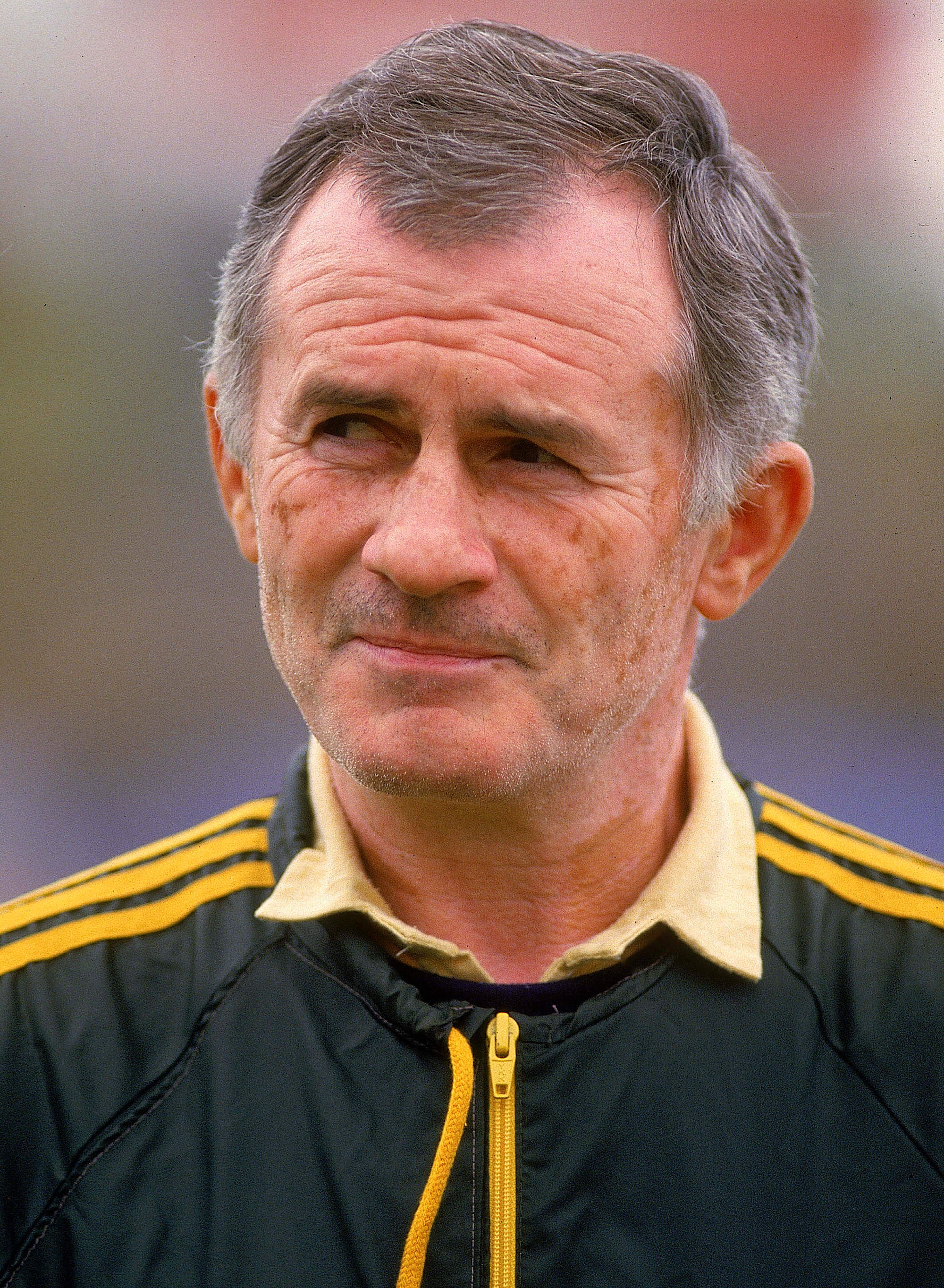 The Socceroos stunned the Games with a 1-0 win and went on to a quarter-final place, coming second in a group that also included Brazil and Nigeria, marking the first time at a senior FIFA-endorsed tournament that the nation had reached the last eight.

As a club coach, Frank had the ability to motivate players to achieve what they thought was beyond them. He was a forward thinker, ahead of the curve, as it were.

At St George, he had goalkeepers playing the ball out with their feet and operating as a virtual extra field-player years before the pass-back rule was altered to prevent keepers from picking the ball up when played to them by a teammate. He saw the rule change coming before most football people.

He reasoned that everything had to be earned, that there were no guarantees. That included playing contracts, and training games were competed with the fierceness of cup finals, especially in pre-season.

I once charged out of my goal at an oncoming and highly valued striker in one such training game, got to the ball fractionally ahead of him. With similar mindsets, we collided like a highway head-on, and St George Stadium momentarily spun around in my vision as we both picked ourselves up off the turf.

Moments later, Frank summoned me to the small office at the end of the ground, and I thought I was about to be shown the dressing room door for the collision. Frank quietly took a standard contract from a manila folder, pushed it across to me along with a pen, and said, “You are in excellent touch.”

I grew an extra metre, signed the page, didn’t even look at the fine print. I wanted to run through walls for the man.

At one point in that same season, having relinquished the Socceroos job after seven years leading the national team, Frank was conducting a session on the main stadium at St George. It wasn’t going to plan and he was getting increasingly frustrated. He left the sideline and disappeared down the tunnel, leaving his trusted assistant and former goalscoring phenom Dez Marton at pitchside to run the drill.

Minutes later, a voice that seemed to be booming down from heaven itself scared the shorts off all of us. Frank had climbed the grandstand and switched on the stadium PA, and was yelling his disapproval at one player in particuar, his voice even louder than the jumbo jets that flew low over the ground to land at the international airport just beyond the venue.

A few years after ending his second stint at St George, Frank was coaching South Melbourne and I asked him for a reference for a football-related position overseas. The reference was short and to the point, with the last line reading, “He hates losing, and is not one for bulldust.”

If that was what Frank thought, it wasn’t hard to work out who I learned those things from. I imagine the same would apply for the hundreds of young players he unearthed, encouraged and influenced over the years, many of whom went on to wonderful careers domestically and overseas.

Farewell, Frank, a no-bulldust mentor to all you influenced.