A dkhead away from disaster: Does Australia's image deserve to crumble?

Cricket seems willing and almost needs to find its villain – almost if it is desperate to prove it has matured beyond the ‘gentlemen’s game’ tag.

Justin Langer has spoken about how one slip would bring Australia’s bad-boy reputation back.

Tim Paine’s heated exchange with Ravi Ashwin is being held up as evidence how Australia’s culture never truly changed after Cape Town. That is was all just a veneer while the real Aussies, who take pride in mental disintegration, bubbled under the surface.

But if you cast your mind back, Australia never apologised for its behaviour in the past.

They’d mention cricket’s mythical ‘line’, of which they appeared to be the moral arbiters, and how they toed it but never exceeded it.

Never mind threatening to break an opponent’s arm, it was all part of Australia’s ‘hard; brand of cricket. No apology was ever given.

Tim Paine did apologise for his disappointing actions. In a moment of vulnerability, he admitted he’d gone over the line and let himself, his team and their fans down.

This admission is an example of cultural change, but change is never linear. That is why we need to accept that players are, for all their money and fame, human and capable of human error.

Over the better part of two years, Australia has improved.

I say this because the column inches that one incident generated seemed disproportionate to other recent events.

Days earlier, Shane Warne and Andrew Symonds wanted to give Marnus Labuschagne the “hog pile” and Warne wanted someone to tell the No.3 batsmen averaging 60 in Test cricket to “just f–king bat properly”. 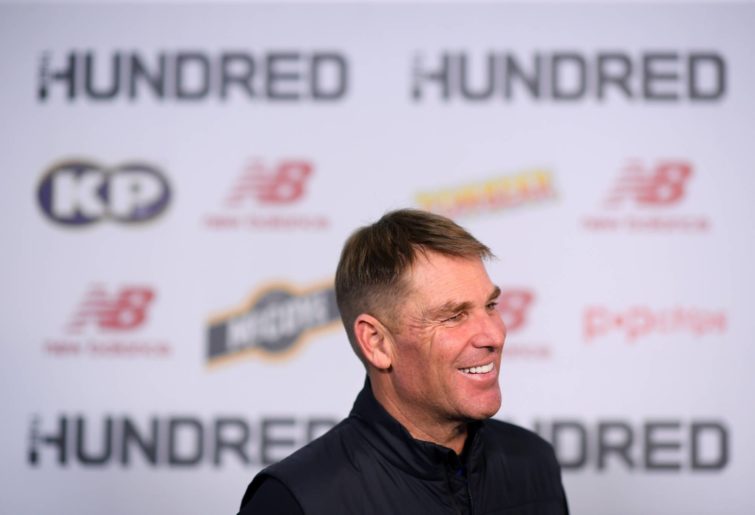 Kayo were able to trot out a glib statement that Symonds and Warne, despite sitting in a commentary box with microphones and cameras, weren’t aware that the cameras and microphones were on.

After all, professional talkers shouldn’t be responsible for what they say, that’s preposterous.

However, Paine should always be aware that the stump microphone is on while captaining his country.

Labelling someone a dickhead isn’t acceptable behaviour but it is noticeable that suggesting to “hog pile” someone escapes with a written statement.

If Paine is a role model to the kids who play cricket, what of the commentators of the Big Bash, a product designed for those same kids?

Both sit within the cricket landscape, yet we engage in two mightily different responses.

If we aren’t willing to offer similar responses and the same criticism to offensive language, is our outrage really outrage or just selective indignation?

Cricket apparently needs Australia to be the villain so it can be relevant. It seems the on-field feats cannot hold sway with the general public the way a ‘gotcha’ moment caught on stump mic can.

It’s disconcerting that Australia was one dickhead away from disaster. If that is our main talking point from five days of textbook, tense Test cricket, the problem isn’t really with the players.

It sits with us and how we’d rather talk in broad strokes on etiquette, even after an apology is given, rather than in celebration of one of the best examples of our great game.