Normally, a lowly ranked twenty-year old British qualifier wouldn’t dominate headlines outside of Great Britain. But this will be no ordinary Australian Open and Francesca Jones is no ordinary tennis player.

Diagnosed with ectrodactyly ectodermal dysplasia syndrome, Jones has three fingers and a thumb on both hands and three toes on her right foot and four on her left.

“I went to the doctors and the doctors told me I wouldn’t be able to play tennis,” Jones recalled, “because [the doctors] said that, I’m going to prove [them] wrong.”

Motivated to prove a point, Jones learnt to grip a tennis racquet and develop her balance and coordination as a youngster and played on the junior circuit for a number of years.

Arriving at the women’s qualifying tournament in Dubai, Jones was ranked 241st in the world. However, her results demonstrate ability far beyond her current standing.

She defeated her first round opponent, former top-30 player Monica Nicelescu in straight sets. Subsequently, she gritted out a three set battle against Croatia’s Jana Fett, who is better known for holding two match against eventual champion Caroline Wozniaki at the 2018 Australian Open.

But Jones saved her best performance for Wednesday against China’s Lu Jiajing. Showing no sign of nerves, Jones dominated her opponent, particularly on serve to win 6-0, 6-1 and qualify her way into her first main draw of a Grand Slam.

Jones will arrive later this week and along with the rest of the field (apart from the six players heading to Adelaide), she will quarantine and prepare for the first Grand Slam of the year in Melbourne which starts on February 8.

So while Serena’s quest for a record 24th major and Ash Barty’s pursuit for home title will create headlines, it’s safe to say Francesca Jones will justifiably garner just as much attention.

Rafa Nadal feels tennis players are privileged to be able to compete at the Australian Open during the COVID-19 pandemic and urged fellow participants to have a wider perspective of the strict health measures in the country. 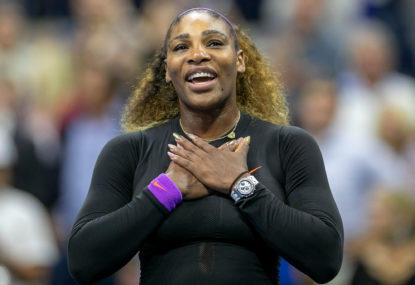