Today we look at the Wests Tigers, not to be confused with foundation clubs the Western Suburbs Magpies or the Balmain Tigers, who will both be the subject of separate upcoming articles.

The Wests Tigers entered the NRL competition in 2000 after the merger of the Western Suburbs Magpies and the Balmain Tigers. In the 21 seasons since they entered the league 236 players have turned out in first grade for the club, many of them notching up over 150 games, including Benji Marshall, Chris Lawrence, Robbie Farah, Keith Galloway, John Skandalis and Todd Payten.

Many other players came and went through the Tigers ranks, staying at the club only briefly. How many of the following team of forgotten Wests Tigers players do you remember?

2. Marika Koroibete
Koroibete was one that got away from the Tigers. He made his debut for the club in 2012 and played 16 games in first grade over the next three seasons, scoring 12 tries. He then headed to the Storm in 2015 and the rest is history. He played seven Tests for Fiji before making a successful switch to rugby with the Melbourne Rebels, going on to be selected for the Wallabies on 27 occasions to date. 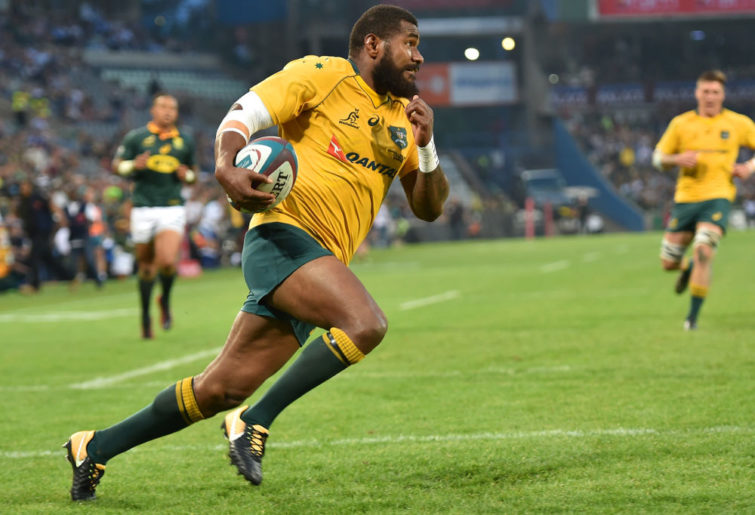 3. Shane Elford
A rugged and versatile outside back, Elford got his start with Penrith in 1997 before switching to Wests in 2004, going on to play 59 games for the club over the next three years. He was part of the Tigers’ 2005 premiership-winning team. He headed to England for a couple of seasons in 2007 before rejoining the Panthers in 2009 and eventually retiring in 2010 due to ongoing injuries.

4. Jarrod McCracken
McCracken was one of the most damaging ball runners to play the game. He had played over 170 first-grade games and 22 Tests for New Zealand by the time he joined the Tigers for their inaugural season in 2000. Unfortunately his career came to an abrupt end that year after just eight games following injuries suffered in a spear tackle in a match against Melbourne. He later successfully sued both the Storm and the players involved in the tackle for damages.

5. Gray Viane
A powerful ball runner and tough defender, Viane was a Wests junior and former Australian Schoolboys rugby representative. He made his first-grade debut for the Tigers in 2003 and played just nine games before heading to the UK for the rest of his career. He also played three Tests in the second row for Samoa.

6. Rangi Chase
Chase is an ‘everywhere man’, having played for ten clubs to date in his 230-game career. Just one of those games was with the Tigers in 2006. He has also played eight Tests for England and won the ESL man of steel award in 2011.

7. Matthew Head
A clever player and handy goal kicker, Head had just one season with the Tigers in 2008, playing 11 first-grade games. He is now establishing himself in his coaching career.

8. Ray Cashmere
A big front-rower, Cashmere played 150 games at the top level in his 13-year career after debuting for the Western Suburbs Magpies in their 1999 swansong season. He had two stints with the Wests Tigers, playing three games for the club in 2005 and then playing another ten games in 2012 in what was his final season in the top grade.

9. Ciriaco Mescia
A clever dummy-half and noted defender, ‘Cherry’ Mescia transitioned from the Western Suburbs Magpies to the merged club in 2000 and played 38 games for them over the next two seasons before a severe back injury brought his career to an early end.

10. Matt Groat
One of the biggest players in the game, Groat liked to play it tough. A former Australian Schoolboys representative, Junior Kangaroo and New South Wales under-20s Origin representative, he looked destined for success when he debuted for the Wests Tigers in 2011 as a 19-year-old but managed to play only 17 games at the top level over the next three seasons. He headed to England for two seasons in 2015.

11. Trent Runciman
After winning two reserve-grade premierships with the Bulldogs, Runciman joined the Wests Tigers in 2001 and went on to play 22 first-grade games for the club over the next two years. He was released by the Tigers at the end of the 2002 season and returned to the family farm in Wellington in country New South Wales to continue his career.

12. Simon Dwyer
A Wests junior, Dwyer was a great prospect from the time he made his debut for the Tigers in 2009. He was famous for the so-called ‘hit of the century’ when he flattened Jared Waerea-Hargreaves with a bellringer in 2010 back when shoulder charges were legal. Dwyer played 35 games for the club over the next three years before injury ended his career midway through the 2011 season at the age of 22.

13. Scott Sattler
Son of Souths legend John Sattler, Scott Sattler had played over 180 first-grade games and won a premiership by the time he joined Wests Tigers at the age of 33 in 2004. Famous for his epic grand final covering tackle for the Panthers in 2003, he went on to play 22 games for the Tigers in 2004, eventually retiring due to a knee injury. He also played one Origin match for Queensland.

14. Lincoln Withers
Withers was a former Australian Schoolboys representative who made his first-grade debut for the Raiders in 2000 the age of 19. Equally at home at either hooker or in the halves, he came to Wests Tigers in 2001 and played 46 games for the club over the next three years. In all he played 267 games at the top level in his 14-year career.

15. Nathan Brown
Brown has always been a firebrand, and there’s some great footage of him running amok in the Wests Tigers national youth competition team if you can find it. He played just the one first-grade game for the Tigers though, and that was his first-grade debut in 2013. He then moved to Souths before joining Parramatta in 2017. He has also played two Origin games for NSW.

16. Jarrod Saffy
A big and powerful forward, Saffy looked destined for a stellar career in rugby union after representing both the Australian Schoolboys rugby team and the Australian under-21s rugby team. Instead he switched to league and made his first-grade debut for the Wests Tigers in 2006, going on to play eight top-level games for the club over the next two seasons. He then transferred to the Dragons and premiership glory before returning to rugby in 2011 with the Melbourne Rebels.

17. Mark Flanagan
Not the biggest back-rower to go around, Flanagan made up for it with his tough, no-nonsense play. He came from England to the Tigers in 2010 and played 27 first-grade games for the club over the next two years. He returned to England in 2012 and announced his retirement at the end of the 2020 season.