Will one of us finish with egg on our face?

Jack George: Why Sydney FC wins
Sydney FC have struggled in recent derbies. They failed to beat their local rivals last season and are now winless in four, with their last victory coming a little over two years ago.

Despite this, they have consistently been the benchmark of the competition.

While the Sky Blues have failed to see their domestic dominance translate to recent Sydney Derby success, they have created the better chances.

Here are the results of the three clashes from the 2019-20 season, with the actual scores and their expected goals (xG) next to them. The xG figure is sourced from footballxg.com, a website that uses date from matches to calculate,

“How many goals a team should have scored based on the quality of the chances created. It is a more accurate and fairer assessment than shots on target.”

The Wanderers outscored Sydney FC 3-1 in last season’s derbies, however, Sydney FC’s xG data indicates they created better chances and could well have won all three.

This could be interpreted as a concern, perhaps suggesting Sydney struggle to convert opportunities. However, the Sky Blues exceeded their expected goals number across the entire 2019-20 season. The men from the harbour city scored 49 goals – 5.4 over their xG of 43.6. They showed a clinical edge last season and were simply unlucky to have underperformed in the three matchups with Western Sydney.

In fact, the Sydney Derby results were nothing more than blips during another championship season.

Historical data supports this with teams who underperform on their xG numbers generally evening things out over the course of a full season, hence why the metric is so useful to football analysts.

Sydney has in-form and quality players all over the park. Calem Nieuwenhof played fantastically against Wellington in the place of Paulo Retre, backing up a solid Asian Champions League campaign with a wonder goal.

Competition for starting spots will see them produce their best in the biggest match of the season to date. Ben Warland starts ahead of Ryan McGowan due to fitness concerns for the latter and both will now be pushing for the spot alongside Alex Wilkinson, while the same is happening on the right side of midfield with Alex Baumjohann pushing for a starting spot in this one against his former club. 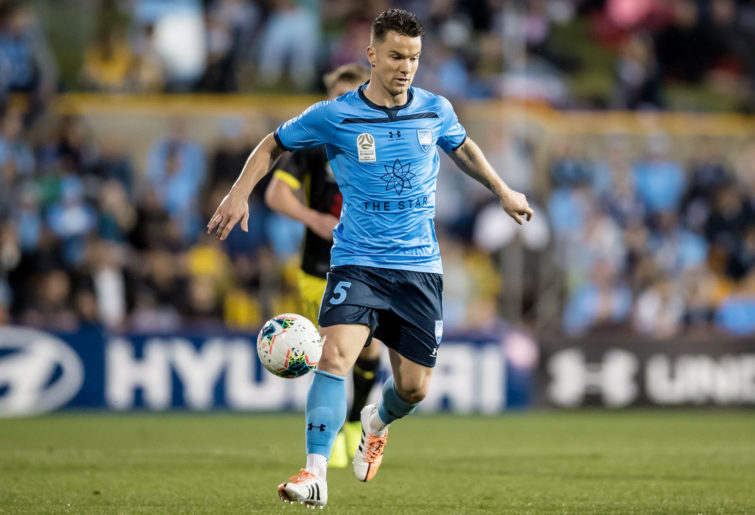 Sydney FC possess quality, a clear style of football and the results of 2019-20 will mean very little. They will be looking to set a marker early on and Bohemian Rhapsody will boom through the speakers at Stadium Australia when Sydney FC once again pick up a derby win against the Wanderers this Saturday night.

Stuart Thomas: Why Western Sydney wins
The fact that Sydney FC actively recruited Brazilian Bobo and lured him back to the fold proves that all the talk around a potential lack of cutting edge in front of their goal was justified.

The Sky Blues have brought back arguably the most consistent and dominant goal-scoring force that the A-League has ever seen, and he may well be the final piece required for Steve Corica to coordinate another run at a championship.

However, with Bobo likely a few weeks away from play after quarantining in Adelaide and stating that he needs a fortnight or so to get into acceptable shape, recent Western Sydney success in derbies is likely to continue this Saturday night at Stadium Australia.

New Wanderers manager Carl Robinson has already begun to imprint his hard-nosed style on the squad and despite its best being still many months away, there was much attacking mojo evident in the 2-1 win over the Jets last Friday. 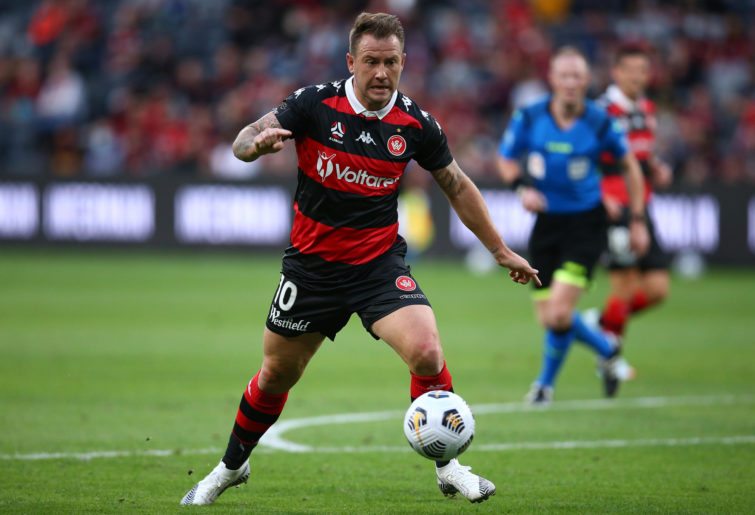 With seasoned players Kwame Yeboah, Daniel Georgievski and Jordan O’Doherty likely to fill the bench spots, Tass Mourdoukoutas maturing and Thomas Aquilina showing much promise, there is plenty of depth as well. Daniel Margush continues to improve in goal and Robinson must be rubbing his hands with glee while working with such a talented squad on a daily basis.

Already the improvement in attitude and belief is clear to see and with Sydney coming off an extended break after an unconvincing 2-1 win against Wellington, the Sky Blues look ripe for the picking.

Two brilliant strikes on goal got Sydney home, yet the Phoenix had more possession, took more shots and were well worth a point on the day. After 14 days without a competitive match, it is likely the Wanderers will jump a Sydney side still to lurch out of second gear.

The combination of Trent Buhagiar and Kosta Barbarouses is not the answer up top, hence Bobo, and the strikes from deeper on the pitch may well need to continue for Sydney to score as freely as it did in 2019-20.

There are other concerns, with Joel King and Ben Warland still young and developing defenders and Milos Ninkovic and Luke Brattan needing more help in the midfield than ever without bash brothers Brandon O’Neill and Josh Brillante.

An Adam le Fondre-less Sydney is not that scary a proposition right now and with newfound confidence and professionalism in Western Sydney, the red and black will prove too good this Saturday in a result that will spice up future encounters.

Sydney FC may well be humming along with Bobo back at the arrowhead later in the season. However, right now Western Sydney have made the more impressive start and look capable of vast improvement.

The first Sydney Derby of the season will bring two goals, and both will be scored by the Western Sydney Wanderers.