That’s why the fictions that get pushed as part of the Collingwood narrative irritate me.

Already memories have faded. Everything’s going swimmingly at Collingwood. There is nothing to see here.

I might’ve covered some of this stuff here and there, I might’ve shouted some of it into the wind, but I’ve never put it all in one place.

So here they are – the top ten fictions that are peddled as post-trade rationales. Like any shoddy construction, they’re not hard to push over.

And I state this point not in relation to the salary cap or the trade period or to condemn the club but just as a general truth: clubs do make mistakes.

9. The salary cap management was part of a list management strategy
Was it?

So Collingwood built this list knowing that after four years of missing out in finals they were going to contend in 2018? They must be clairvoyant. Nobody else saw it coming. Then again, maybe they believe that of every season, which makes them something else.

Or once they contended in 2018, they back-ended to keep the list together to keep their window open, er, one more year?

Or the assembly of a super-duper list – with an American rookie at full-forward, a rookie defender at centre-half forward and a halfback flanker as the fullback (this is not screaming super list) – was years in the planning and helped Collingwood terrorise the league for two seasons?

You cannot spin this to so it makes sense. This is a blatant misdirect.

If you apprise it honestly, the back-ending to keep the list together for contention doesn’t wash simply, because surely Collingwood couldn’t have predicted 2018’s meteoritic rise and that subsequently they weren’t in contention very long.

Now if they cite reasons for depriving this super-duper list of true longevity and ongoing contention, they need to be looking at their coaches for a failure of execution.

If they cite the AFL’s cuts as the motivator, well, we know Collingwood were already having list management issues as little as a season earlier, when they moved out James Aish and tried to trade out Matt Scharenberg to alleviate salary cap pressure.

In no way does this qualification hold true under scrutiny.

8. Collingwood won on draft night: part 1
How exactly? Because they took a swath of youngsters?

You can only argue Collingwood (or any club) won on draft night if they got a return that far outweighed their investment.

After Collingwood’s disastrous trade period, supporters (and media) have bought into Collingwood salvaging their list management woes with their cunning maneuvering.

It’s like Collingwood traded out four players, took that one first-rounder they acquired, traded it for four other picks and then netted all their targets.

They were able to cut a swathe out of the draft using 2021’s booty – namely their first-round pick. That’s what truly got things going. So they didn’t win anything.

They did what they’ve done too regularly – used their future to address their present to cover their past. It’s a strategy that’s already repeatedly bitten them but, hey, the outcome looks great as a public relations exercise, doesn’t it?

7. All clubs lose players
They do. But it’s important to apply context.

Hawthorn traded out ageing 30-something champions after their three-peat.

Richmond have staggered departures of coverable players after each flag.

The Giants regularly lose players, although often this is due to either a homesickness factor and/or a lack of opportunity given the list has (in the past) overflowed with same-aged talent.

Essendon lost three guns: Joe Daniher, Adam Saad, and Orazio Fantasia. But all three wanted to leave – two of them had already pursued opportunities the year before they were traded out.

Collingwood is the first club I’ve ever seen drive three players out who wanted to stay.

6. Strategies change
This was asserted at the virtual members forum, and that’s fine. Strategies do change. Clubs have to adapt. We want our clubs to be able to adapt and improvise and show flexibility.

But signing three players to big and long contracts only to then do an immediate about-face strategy screams of shortsightedness, poor planning and administrative volatility that you don’t want to be the standard at the club.

Hey. We’re not talking about just one player we can excuse as an exception. We’re talking about three players. That’s a big sampling.

You also have to factor in that if they got these three players wrong – either in bringing them to the club or in signing them to big, long contracts – how can we have any confidence in the other contracts?

Fourth-time lucky? Well, we know they’ve given Brodie Grundy a huge seven-year deal (which begins this year), so the club is given to largesse.

As a Collingwood supporter I’m going to feel very tentative about list management over the next five years.

5. Your tune would be different if Collingwood had won a flag
But they didn’t.

Also, if you buy into this fallacy, are you truly happy with this ‘all-in’ approach that involves heavy back-ending to keep a list together for the narrow window of contention of just two years as an all-or-nothing approach to winning a flag?

If we look at the clubs that have had dynastic success this millennium – Richmond, Hawthorn, Geelong and Brisbane – not one of them overloaded the cap to the extent it burst, undermining their short and mid-term goals by having to commit costly fire sales.

I would want the club to build a list that the cap can sustain over a prolonged period, just as the aforementioned did. If we lose players after repeated success, I’ll be fine with that.

But this ‘strategy’ of losing players for below value after a narrow window of contention is a crock and should be treated, remembered and vilified as a crock.

4. You’re too negative
I throw this in here because I get this. But, you know, on this occasion I’m not a lone dissenter either in the criticism or in still being riled about it.

In a previous life I used to run writing and editing workshops. One thing I taught participants is that if you get the same feedback from two people, that’s likely going to be representative of a broader demographic, so take it under serious consideration regardless how much the participant might disagree with that feedback.

While I appreciate that in the age of social media and the internet we have trolls and the like, others are rationally and logically articulating their opinions.

There is enough of a chorus that they should be taken seriously.

If they’re dismissed on blind faith, then only disaster remains. Go back to 2004 and Richmond drafted Brett Deledio (1), Richard Tambling (4), Danny Meyer (12), Adam Pattison (16) and Dean Polo (20). They also skipped on the likes of Jarryd Roughead, Ryan Griffen, Lance Franklin and Jordan Lewis. The only Richmond acquisition to build a career was Deledio. Those others Richmond passed on all had long and distinguished careers.

Drafting remains an inexact science. Everybody looks a great prospect. That’s why they go where they do in the draft. But then you have to contend with reality.

Time becomes the best measure, and as far as Collingwood goes, well, let’s revisit this in five years.

Just because they drafted players doesn’t mean that every player is going to be a champion. And if this is a crop that bombs, Collingwood’s list-management hole grows even bigger. 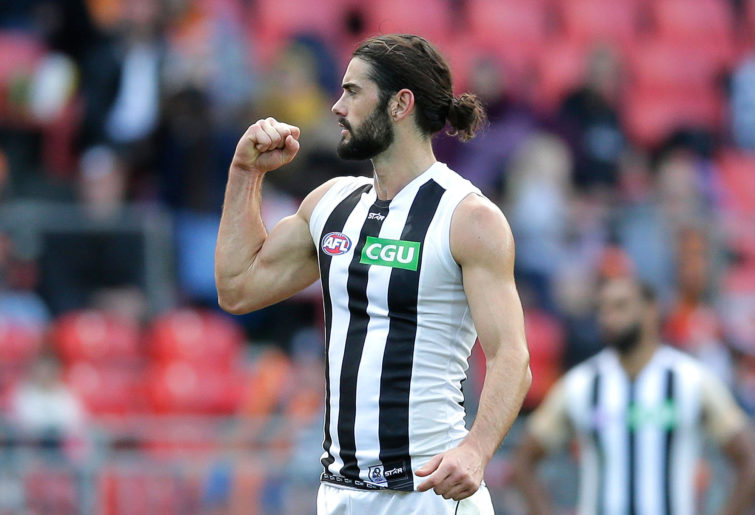 2. The players they traded out are replaceable
They might be. That doesn’t change the fact that all three were starters, though.

Also, Collingwood’s list unfortunately has a lopsidedness about it. There’s an experienced top end, a wealth of inexperienced players and a dearth in the middle.

Adam Treloar, Jaidyn Stephenson and Tom Phillips were part of that middle. Even with their exaggerated flaws they still provided an invaluable service for the team.

They were experienced bodies, part of the next wave of leaders, and each had talents – although some would like to denigrate them now to the extent they were all liabilities and we’re lucky to be rid of them.

Their departures effectively mean three inexperienced players now have to fill these roles – this is on top of the typical evolution that happens at teams with one generation gradually replacing the next and youth expected to cover for injuries.

It’s a reliance on a lot of inexperience.

1. Collingwood is aiming at a mini-rebuild so they can contend around 2023
It’s not a static game.

Let’s also remember that COVID wiped out the lower leagues in 2020, so players who should’ve been getting experience in the reserves and possibly the occasional look into the seniors did very little of that.

Now, while somebody like Josh Daicos might’ve shown he has plenty to offer and got another AFL season’s worth of experience, veterans like Scott Pendlebury, Jeremy Howe, Levi Greenwood, Chris Mayne, Steele Sidebottom and Jordan Roughead also got another year older.

Which of these guys will still be around in 2023?

Arguably they’ll all be gone. This opens up new holes.

So while some problems might be solved as the next generation (hopefully) get their 40 to 50 games under their belts, other problems will be cropping up.

This also doesn’t factor in whatever attrition those mid-aged players suffer. Will Grundy still be an athletic dynamo? Will Taylor Adams still play with that selfless fearlessness? Lots of new questions arise.

Well, you have to give something in trading, and Collingwood are now thin on draft selections. How many players can be added through free agency?

Conclusion
None of this is intended as an exercise in pessimism, but an expression of pragmatism.

A nifty draft haul doesn’t solve all of Collingwood’s issues on and off the field, and it shouldn’t be used out of a get out of jail free card for all the problems exhibited and all the questions asked.

While some might suggest the past should be let be and to get on with the present and all that, I’m still wary because there hasn’t been a genuine acknowledgement of mistakes.

I’m overjoyed with the appointment of Graham Wright as general manager. Here’s somebody from a successful and ruthless culture who can apply a fresh perspective to the club.

The club need it, and they need to face hard truths moving forward.