Marsh and Khawaja are the answer to Australia's batting woes

As mentioned by every Australian news source within the last 24 hours, the Australian Test team needs to address its batting line-up.

Although Marnus Labuschagne and Steve Smith impressed, with Cam Green and Will Pucovski looking very promising, the top seven overall lacks stability and confidence. The answer to Australia’s batting woes has been staring us in the face all along in Usman Khawaja and Shaun Marsh.

Usman Khawaja
This season so far, he has not been included in any Australia or Australia A set-ups. Instead, he’s been dominating the Sheffield Shield, averaging 56.50 in his three matches for Queensland. Out of the three games, he looked particularly in-form and Test match-ready against South Australia in Round 4, scoring 131 and 46*.

Khawaja is an aggressive batsman (for Test standards), having hit 312 Test fours in his 44 matches. He goes at a strike rate of 50.55. Another positive is that Khawaja has experience batting all around the order, from 1 to 6 for both Queensland and Australia. When batting, his traditionally perfect technique mixed with his elegance and innovation is something that has been missed in the current Australian line-up.

The former Test player’s use of the reverse-sweep is second-to-none, having played 31 of them in 2018 for the Test team alone. Khawaja’s class is something that has not been replaced in the team since he got dropped in 2019.

Shaun Marsh
In his four Sheffield Shield matches for the season, he is averaging 97 and has scored 485 runs (second-most in the competition, behind Will Pucovski). His best performance so far occurred in Round 3, when he scored 115 and 88. Like Khawaja, Marsh hasn’t been selected for any Australia set-ups this season, despite his performances with the red ball at the domestic level. 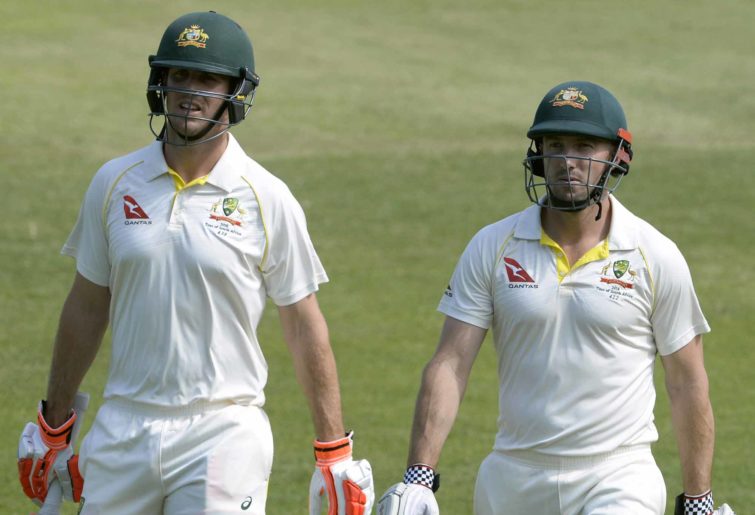 Again, similar to Khawaja, Marsh has experience batting for Australia from opening all the way to 7. Marsh is a mix of old-school and modern-day batting. His traditional and extremely solid batting style means that, although he very rarely pulls out the reverse sweep or any shots of that kind, he still manages to go at a strike rate of 43.85 in his 38 Tests and has hit 264 fours and eight sixes in the process.

It’s time to address the obvious: the age barrier.

Whenever one of these two batsmen is in the discussion to make a Test comeback, the media and the Australian public always disagree due to their age, with Marsh being 37 and Khawaja 34. People pick and choose when mentioning age – for example, Marsh is only a year older than Tim Paine, but how many outlets think that Paine should retire purely based on his age?

With Khawaja, he is the same age as current ODI and T20 captain, Aaron Finch, and is only a year older than Matthew Wade. If everything came down to age, then why are David Warner (34), Paine (36), Wade (33) and Moises Henriques (33) all still in the Test squad? If the age factor is to be applied, then consistency is a must.

Usman Khawaja and Shaun Marsh are experienced internationals in great form in domestic cricket, and both deserve a spot in the Test squad against South Africa.